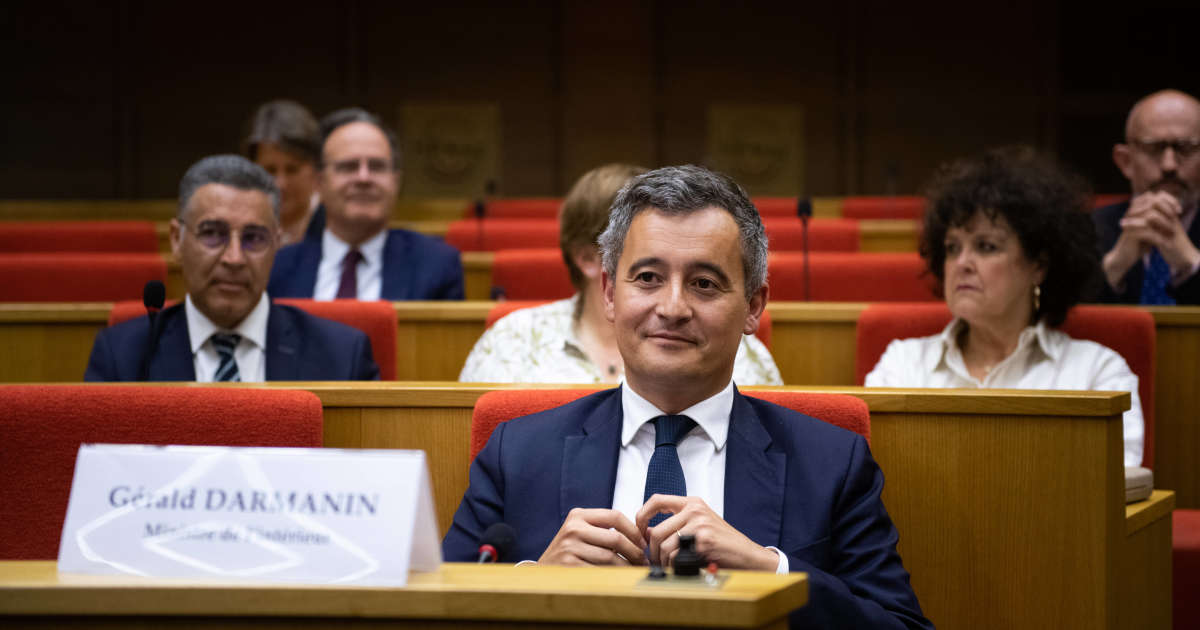 Liverpool supporters heard in the Senate on the security fiasco of the Champions League final called on Tuesday June 21 Gérald Darmanin to resign, castigating the “endless lies” of the Home Secretary, who had initially pointed the finger at the responsibility of the English fans.

“You, Sir, have humiliated the inhabitants of Paris. Your endless lies and false narratives have only amplified our trauma”asserted Ted Morris, representative of the Association of disabled supporters of Liverpool, present at the Stade de France the day of this final disrupted by serious dysfunctions in the organization.

” What is your problem ” ? Prefect Lallement loses his nerves after a senator’s question

“I ask you to withdraw your savage and baseless accusations and, if you do not have the decency to do so, you must choose the most honorable course and resign”he launched in front of the senatorial delegation which is working on these incidents.

In the hours following the meeting, Gérald Darmanin castigated the English supporters, presenting the thesis of a “massive, industrial and organized fraud of counterfeit banknotes” creating disorder.

Then, during his hearing before the Senate on June 1, the Minister of the Interior sketched out a mea culpa while maintaining the controversial figure of “35,000 supporters” provided, according to him, with counterfeit tickets or without tickets.

In front of the senators this Tuesday afternoon, Ted Morris read the testimonies of several disabled supporters “traumatized” by these incidents, victims of robberies or assaults by local gangs in Saint-Denis or sprayed with tear gas by the police.

“It’s the most terrifying experience I’ve ever had in Europe with Liverpool”he said. “I will never forgive the authorities who are totally responsible”he continued, recalling the trauma experienced in 1989 by Liverpool in Hillsborough, where a gigantic crowd movement had caused the death of 97 supporters.

Member of the support group “Spirit of Shankly”Joe Blott also asked the French authorities to ” remove “ their accusations and to present “full apologies”pointing to France’s tarnished reputation as a host country for major sporting events.

“The only aggressiveness we saw came from the French police”: they testify to the chaos at the Stade de France

“To ensure the safety of supporters at the Rugby World Cup (in 2023, editor’s note) and at the Olympic Games (2024) in the coming years, a full, independent and transparent investigation is needed so that the world regains confidence in the ability of France to organize planetary sporting events”he asserted.