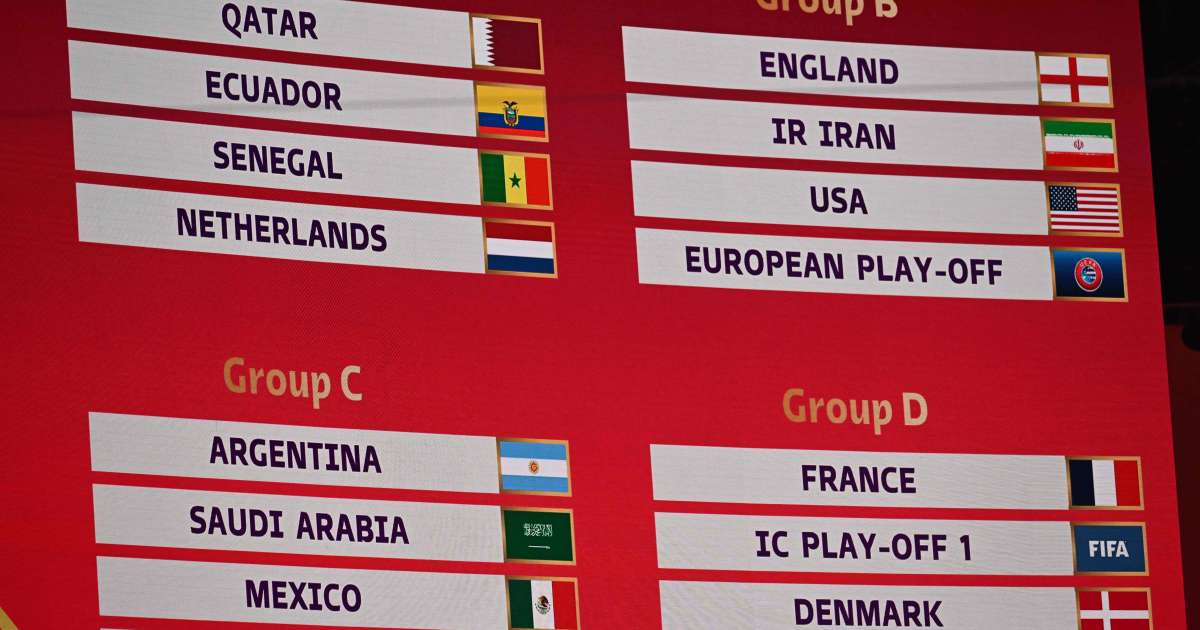 Here is the draw for the FIFA World Cup to be held in Qatar next November and December, executed this Friday, April 1 in Doha:

The Blues will start with a match against the most modest team in Group D, which has yet to qualify in an intercontinental play-off match in June: it will be Peru, Australia or the United Arab Emirates. They will then face Denmark and Tunisia.

The Blues thus avoid Germany, which will be in the group of Spain, for a shock at the top from the first round. Three qualifiers are not yet known: in the Europe zone, a team has yet to be defined due to the war in Ukraine, which has delayed the holding of the play-offs. The opening match of the tournament will be Qatar – Ecuador on November 21 in Al-Khor.