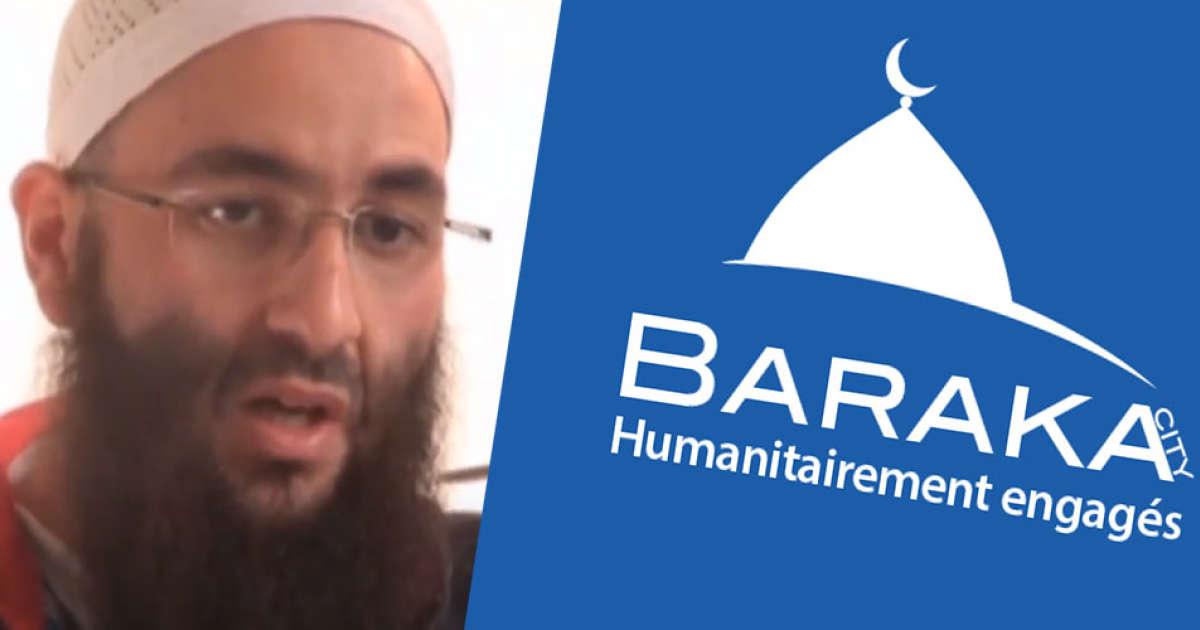 The executive orchestrates its reaction to the attack on Conflans-Sainte-Honorine: three days after the death of college professor Samuel Paty, assassinated by an Islamist of Chechen origin for showing caricatures of Muhammad to his students, the minister of the Interior Gérald Darmanin announced this Monday, October 19 in the morning on Europe 1 that police operations were underway against “Tens of people” suspected of belonging to the Islamist movement.

While the President of the Republic Emmanuel Macron has shown his desire to toughen a bill including measures against radical Islamism, 51 associative structures “Will see throughout the week a number of visits from state services and several of them […] will be dissolved in the Council of Ministers ”, announced the minister, targeting in particular the collective against Islamophobia in France (CCIF) and the humanitarian association BarakaCity.

What is the profile of Islamist Abdelhakim Sefrioui?

BarakaCity is an Islamic non-profit association created in 2008 in the Val-d’Oise. It is defined as a “Humanitarian and charitable association based on Islamic values, which aims to help the poorest populations in France and internationally”.

At its beginnings, the association carried out local social actions through marauding and support to the most deprived families. In 2010, it became an international NGO that came to the aid of poor Muslim populations in several countries of the world, notably in Togo, Burma, Palestine, Niger, Syria and the Central African Republic.

The mayor of Montpellier, history teacher: “The right to teach ‘Charlie’ should not be discussed”

According to a survey by “Charlie Hebdo”, the funds of the association are “Considerable” : it would have received, since 2013, 16 million euros in the form of donations. Among its financial supports, the newspaper lists footballers in Ligue 1, but also rappers Rohff or La Fouine.

The NGO, whose Facebook account is followed by more than 710,000 people, has aroused great enthusiasm among many young Muslims but also suspicion for its sometimes radical positions.

Popular and controversial, the association is indeed suspected of being close to the Salafist milieu. Its founder Idriss Sihamedi, registered by the DGSI since 2014, has sparked controversy on several occasions, in particular by his speeches on the subject of the attack against “Charlie Hebdo” or on his relationship with women: in 2016, on the plateau of the show “Le Supplément” on Canal +, he assumed the fact of refusing to shake their hands. Recently, he welcomed on Twitter the social distancing measures against the Covid: it is “The first time in my life that I can tell a woman who wants to shake my hand “no” in joy and good humor “, he quips.

The first time in my life that I can say to a woman who wants to shake my hand “no” with joy and goodness… https://t.co/gFuOJsSUll

Thursday, October 15, he was placed under judicial supervision before being tried for harassment on social networks against the columnist of RMC Zohra Bitan, who had filed a complaint on September 18 for harassment on social networks. ” It reported the dissemination of 120 defamatory tweets, from the Twitter account of Idriss Sihamedi, said Sihamedi, and the creation by him of a hashtag denouncing his person, included in nearly 1,500 tweets “, wrote in a press release the prosecutor of Evry-Courcouronnes, Caroline Nisand.

In the name of freedom of expression, #CharlieHebdo made fun of everything, even the weakest, the dead, women, children… https://t.co/PesxcBEBw5

Idriss Sihamedi’s arrest was accompanied by a search of the premises of the association. Already in May 2017, the NGO was the subject of a search as part of a preliminary investigation opened in March 2016 by the Paris prosecutor’s office for “financing of terrorism” and “terrorist criminal association”. An investigation closed without follow-up, three years later.

Macron wants to toughen the bill against radical Islam: “fear will change sides”

CCIF also in the crosshairs

The CCIF, also targeted by Gérald Darmanin this Monday morning, is a structure better known in the public debate. Founded in 2000, the “Collective against Islamophobia in France” presents itself as “An association for the defense of human rights” aimed at combating Islamophobia, in particular by providing legal aid to victims of Islamophobic acts.

10 things to know about Frédéric Potier, the government’s “anti-racism man”

The positioning of the organization nevertheless arouses criticism. Some hail its action against Islamophobia while others consider that the collective is a relay of political Islam and accuse it of communitarianism. The CCIF is thus accused of having links with the Muslim Brotherhood, an international organization for the promotion of political Islam, which it has always refuted. In November 2019, the organization of a march against Islamophobia, at the initiative of the CCIF, had divided the political class both because of the use of the term “Islamophobia” that of the identity of the organizers of the march.