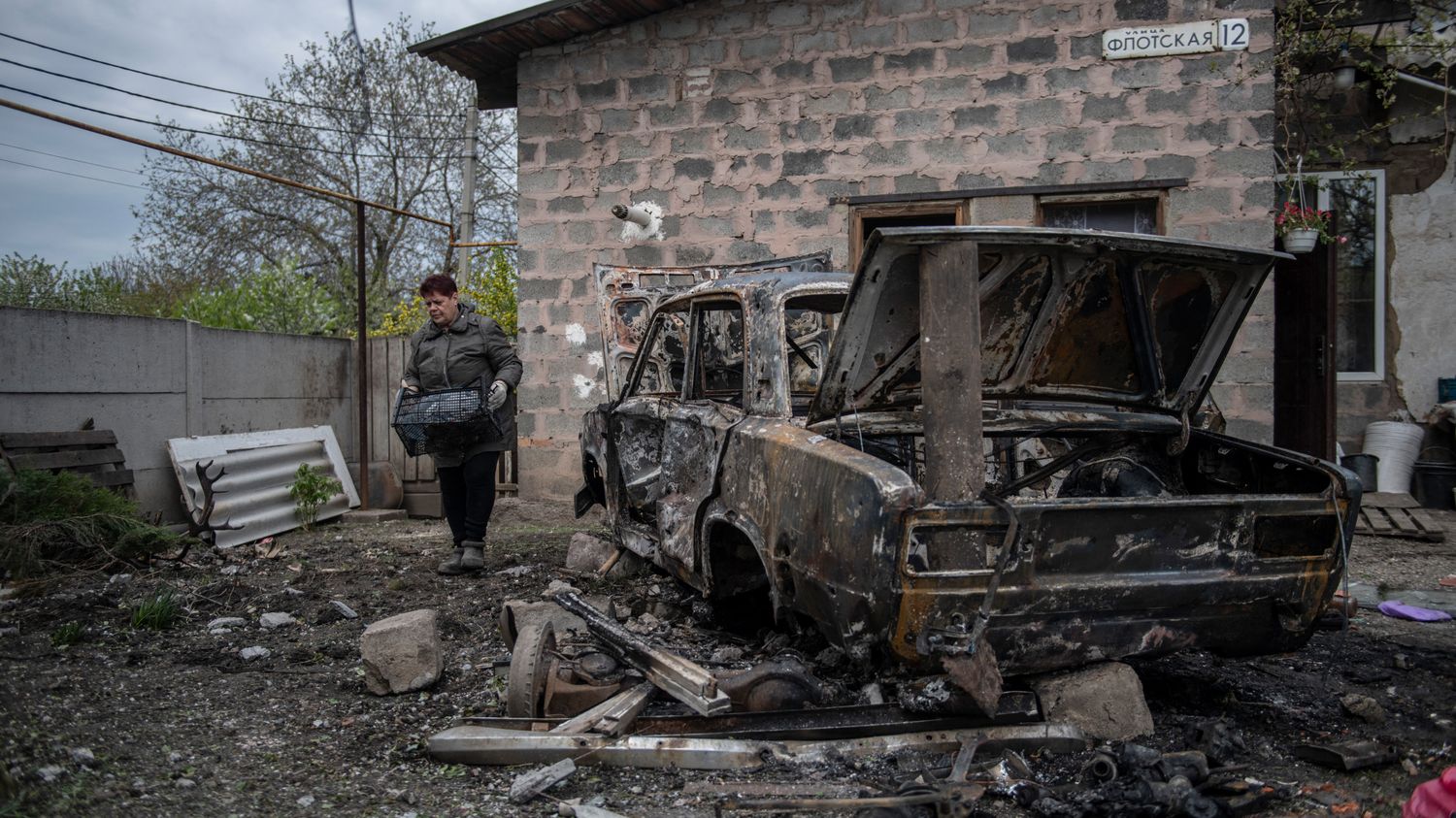 Russian forces on Saturday maintained their pressure on the eastern regions of Ukraine, particularly around Kharkiv, where they continue to nibbling ground, and in the south where they destroyed the runway of Odessa airport. Here’s what to remember from Saturday, April 30.

Odessa airport, in the south of the country, was hit by a Russian missile which destroyed the runway, without causing any casualties. “Today the enemy struck from Crimea by a Bastion coastal defense missile system. The runway at Odessa airport was destroyed. Thank God there were no casualties”said the governor of the region, Maxim Marchenko, in a video on his Telegram account.

Odessa, a large port city on the Black Sea of ​​one million inhabitants, with major symbolic and historical weight, has so far been relatively spared from the fighting. It is located in the coastal strip that Russia could consider conquering to connect to the west with the pro-Russian separatist enclave of Transdniestria, in Moldova, where it has troops.

The bodies of three visibly tortured and shot dead men were found Friday in a grave near Boutcha, a town symbol of the atrocities of war. “The victims were tortured for a long time. Eventually, each of them was shot in the temple”Kyiv region police chief Andriy Nebytov said in a statement. “The victims had their hands tied, clothes around their faces so they couldn’t see anything and some had gags in their mouths”he added.

“According to preliminary data, the occupiers tried to hide the traces of their violence, so they threw the bodies into a pit and covered them with earth”, said Andriï Nebytov. kyiv accuses the Russian forces of having committed massacres after the discovery of dozens of corpses wearing civilian clothes in these localities occupied then abandoned by the Russian army around kyiv.

Macron promises to “strengthen” humanitarian and military aid to Kyiv

On the phone with Ukrainian President Volodymyr Zelensky, Emmanuel Macron promised to “to strenghten” French efforts in support of Ukraine, in humanitarian aid and in the delivery of defense weapons. The president had recently clarified that France was already delivering to Ukraine Caesar guns and Milan anti-tank missiles. He also promised that the mission of French experts investigating possible Russian war crimes would be extended.

The Russian army advances in the east

In the east of the country, the Ukrainian forces are struggling to contain the thrust of the Russian army, in numerical superiority and better equipped with artillery, which seeks to take them in a vice from the north and the south. “If there is some advance of Russian troops on the ground, it is not very fast”however, notes Russian military analyst Alexander Khramchikhine to AFP. “In the Lugansk region (north of Donbass, editor’s note), the objectives announced by Moscow are close to being achieved”continues the analyst. “But in that of Donetsk, the advance is more difficult”he said.

According to British military analyst Edward Stringer, Russia may have “need to launch a lightning offensive to achieve a real victory” but she does not currently have the means. In the Donetsk and Lugansk regions, 14 attacks launched by Russian forces have been repelled in the past 24 hours, the Ukrainian forces’ general staff said on Saturday.

In Mariupol, a large port city in the south-east where several hundred Ukrainian soldiers and civilians are entrenched in underground galleries of the Azovstal steelworks pounded by the Russians, an evacuation operation of civilians envisaged on Friday did not take place. . A group of 25 civilians, including six children, was however able to leave Azovstal on Saturday, according to the Russian agency TASS. The Azov regiment mentions the number of 20 civilians taken out to be evacuated.

Ukrainian Deputy Prime Minister Iryna Vereshchuk announced on Telegram that an exchange of prisoners had taken place, which freed fourteen Ukrainians, including a pregnant soldier.