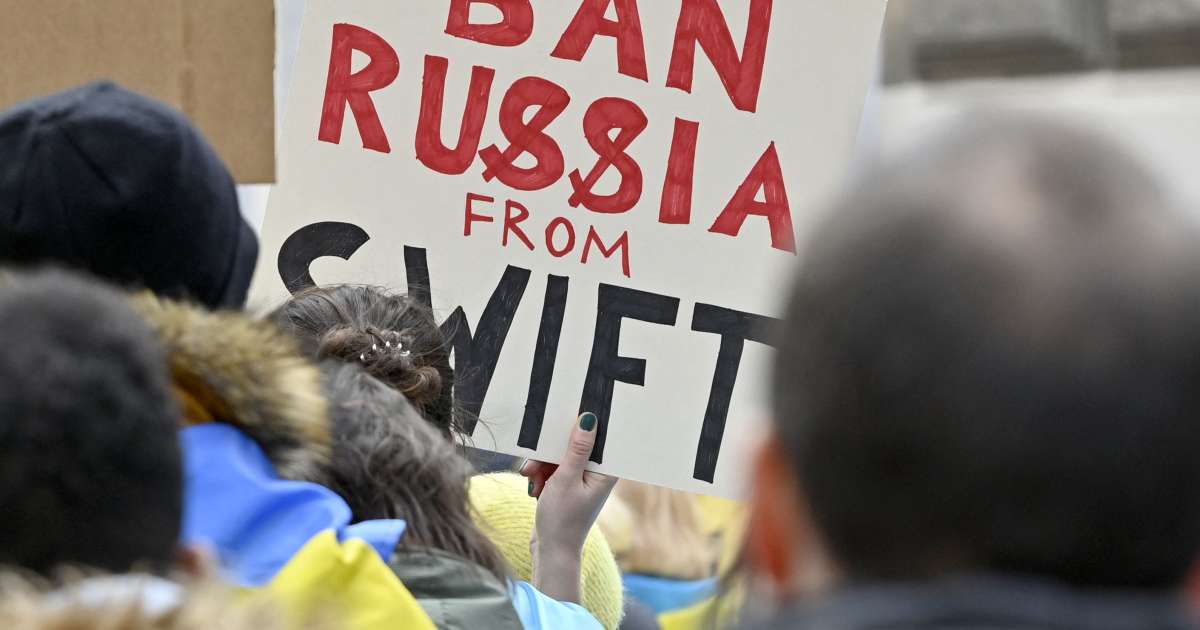 Western countries have adopted a new set of sanctions against Moscow after the invasion of Ukraine, in particular by deciding to exclude many Russian banks from the Swift interbank platform, an essential cog in global finance, announced the German government.

Are concerned “all Russian banks already sanctioned by the international community, as well as if necessary other institutes”, said the spokesman for the German government, whose country currently chairs the G7 forum. These measures have been taken by the United States, France, Germany, Great Britain, Canada, Italy and the European Commission.

The exclusion of Russian banks from Swift had been strongly demanded since Thursday, with some countries like Germany first showing their reluctance to such a decision.

Swift is one of the largest banking and financial messaging networks. It allows interbank settlements between institutions around the world and avoids, for example, Germany having to pay for its Russian gas in cash.

Excluding a country from this system is considered a “atomic weapon”, in financial matters. Because disconnecting a State from Swift also means preventing its own banks from making transactions with the banks of the punished country.

Brussels is also going to offer EU countries to “crippling the assets of the Russian Central Bank” to prevent Moscow from using it to finance the conflict in Ukraine, European Commission President Ursula von der Leyen announced on Saturday.

“This will freeze its financial transactions from (the Central Bank) and make it impossible to liquidate its assets”she explained in a video address after a meeting with the leaders of the United States, France, Germany and Italy.