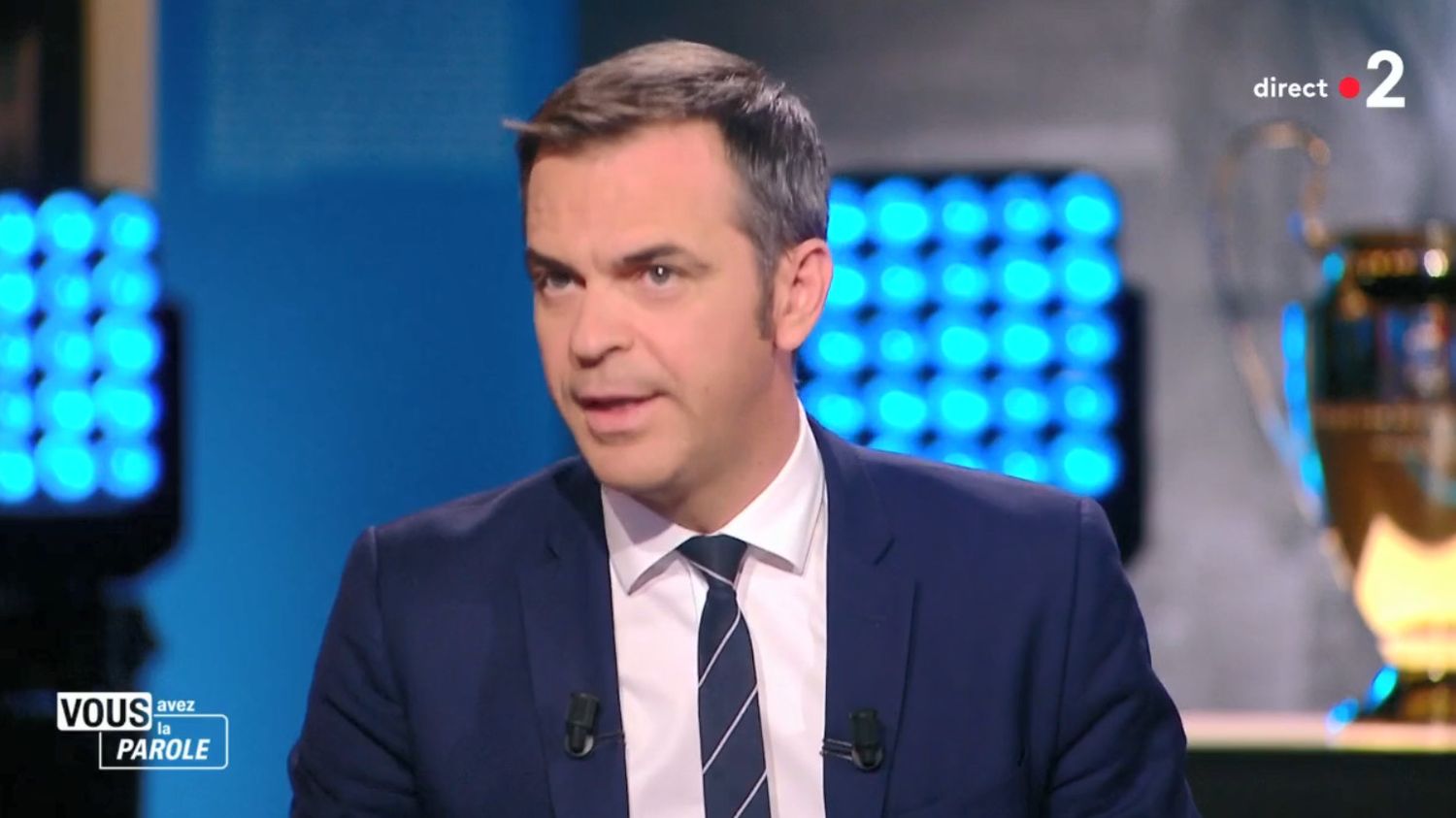 An update and some details. The day after Emmanuel Macron’s announcements in the face of the coronavirus epidemic, the Minister of Health, Olivier Véran, was the guest of the program “You have the floor” broadcast Thursday, October 15 on France 2.

At the heart of the Orange Vélodrome stadium in Marseille (Bouches-du-Rhône), the Minister was interviewed by journalists Léa Salamé and Thomas Sotto, as well as several elected officials, Marseille residents and personalities. Sometimes very criticized, Olivier Véran defended the latest measures and restrictions taken by the government in the face of the virus.

1Numbers that keep getting worse

“Every minute a person walks into the hospital sick with the coronavirus“, declared immediately Olivier Véran. The observation of the health authorities is without appeal according to the Minister of Health, who specified that”every six minutes, day and night, a patient [du coronavirus] goes into intensive care“This Thursday, the health situation deteriorated further in France with more than 30,000 new cases of contamination recorded in 24 hours and 219 new patients placed in intensive care, according to data from Public Health France.

2A crisis management highly criticized by the mayor of Marseille

First accused by a restaurateur from Marseille of having “sowed fear“During his speeches on the Covid-19 epidemic, Olivier Véran was strongly challenged by Michèle Rubirola, mayor (EELV) of Marseille. The elected representative questioned the minister on the merits and effectiveness of the many restrictions imposed by the government in the city over the past two months. “What will be the impact of the curfew on places of contamination such as workplaces, catering, universities? No. “The mayor of Marseille said she was” worried “for businesses and local associations in particular, before criticizing the executive, which she considers too far removed from the realities of her city.

“There is not the Paris team against the Marseille team“, defended Olivier Véran, arguing that the measures taken in the city were proportional to the local evolution of the epidemic.”There is only the France team, continued the minister, united France. “The two cities are now both located in the localized curfew zone, which takes effect on Saturday October 17th.

3“If you’re going to see Grandpa and Grandma, keep the mask on”

The Minister of Health defended the government’s choice not to restrict travel to France, while calling for the greatest vigilance. “If you can avoid exposing frail and elderly people, avoid doing so“, repeated Olivier Véran. The day before, Emmanuel Macron had assured that he”would not prevent the French from going on vacation“during All Saints’ Day, a period of family reunification when many children are entrusted to their grandparents.

“If you are going to see Grandpa and Grandma, wear the mask, even inside the house, said Olivier Véran, who indicated that the government “does not want to isolate these fragile and elderly people. They have already suffered greatly.“. Quoting his own children, the Minister of Health said that the youngest”they learnt“to wash their hands well and wear a mask in the presence of their elders.

“I am a litigant like everyone else“, declared Olivier Véran about the searches carried out at his home and at the Ministry of Health very early in the morning of Thursday, October 15. Operations carried out as part of investigations related to the management of the coronavirus crisis, and which also targeted other political leaders such as his predecessor Agnès Buzyn or even the former Prime Minister and current mayor of Le Havre, Edouard Philippe.

5An eventful intervention by the writer Bernard-Henry Lévy

Invited to participate in the show after the publication of his essay This virus that drives you crazy, the writer and philosopher Bernard-Henry Lévy also accused Olivier Véran and the government of not having reassured the French enough during this crisis. “There is another virus, it’s the one of fear, the one of panic“said the writer.

Bernard-Henri Lévy also sharply criticized the localized curfew. “A curfew is when the Germans are in Paris, it is when there are attacks by the OAS“, he said, referring to the Second World War and the Algerian war. In the space of eight minutes, giving way with difficulty, the writer strongly challenged Olivier Véran, who did not finally did not have time to answer his interlocutor.

“If art disappears […], it is very very serious, minister“, said actress and comedian Ariane Ascaride, in duplex from Paris, who compared the latest measures of restrictions to a “blow of the club” for the culture and entertainment sector. Already very affected by the confinement in the spring and the very strict sanitary measures imposed since, many theaters and cinemas fear very serious economic consequences linked to the new localized curfews.

7Containment pointed out by comedian Elie Semoun, who lost his father placed in nursing home

After calling on Olivier Véran and the government to financially support the cultural sector, comedian Elie Semoun shared the story of his father, Paul, who died in September. “It was accelerated because of the confinement“Said the comedian. His father, suffering from Alzheimer’s disease, died in nursing home.

“It was the hardest decision to take, as minister, to have confinement, isolation in nursing homes for people who are already isolated, replied Olivier Véran. “But you know it’s not just the virus“, replied Elie Semoun. An observation shared by the Minister of Health, who assured that the government now wanted”protect but not isolate“.