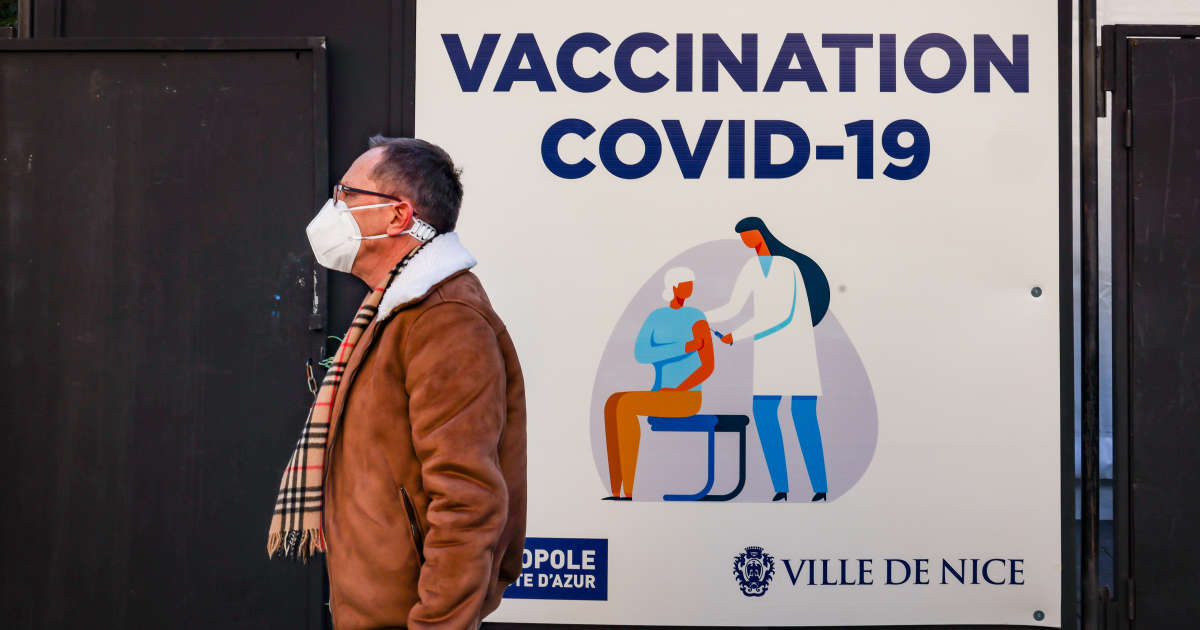 Since May 31, all adults can be vaccinated against Covid-19. But this opening of the vaccination campaign may not be enough to achieve collective immunity, which would require coverage of 80% of the population. The latest figures from the Ministry of Health and appointment booking platforms already suggest the risk of a glass ceiling that is difficult to cross.

As of June 8, according to the latest figures from the Ministry of Health, 42.8% of French people had received at least one dose, 21.4% were fully vaccinated. The vaccination rate remains sustained with nearly 600,000 injections on average per day.

Decrease in the number of appointments made on Doctolib

However, the number of first-time injections is decreasing. Thus, according to data from the Ministry of Health, 371,697 first doses were administered on Tuesday, June 8, down from last week (411,373 doses last Tuesday, and 438,718 on Friday). This could mean less enthusiasm for the unvaccinated.

The vaccination rate is running out of steam, particularly among those over 65. Since the end of April, there has been a slowdown in the evolution of vaccination coverage. The curves settle down, and seem to end in a plateau. As a result, more and more doses of AstraZeneca vaccines remain in the fridge today. According to the latest data from Public Health France, this vaccine, reserved for over 55s in France, only represents 0.3% of the first daily injections.

In addition, Doctolib has noted a drop in the number of appointments made every day on the platform for a week. The number of appointments booked on average each day has fallen from more than 343,000 on May 12 to less than 195,000 today. On Twitter, the director of ARS Ile-de-France, Aurélien Rousseau also warns that many vaccination centers in the region still offer time slots for the next few days, and invites Ile-de-France residents to make an appointment.

“Fewer appointments do not necessarily mean fewer injections”, however relativizes the platform, which explains that many June slots are planned for the second injections, and therefore already reserved.

No reduction in demand according to Véran

The Minister of Health is also tempering. “There are niches available due to the increase in the supply of vaccines, not a reduction in demand”, assured Olivier Véran this Friday, June 11 on BFMTV, specifying that the government had “Received a large number of deliveries in the month of June”.

The executive nevertheless wonders about the right means to convince the French to be vaccinated. To facilitate the vaccination of the working population, Olivier Véran indicates that he once again asked the vaccination centers to extend their hours, especially at the end of the day but also on weekends.

The issue of compulsory vaccination

Faced with this risk of a vaccine “glass ceiling”, the Academy of Medicine defended, in its press release of May 25, the principle of compulsory vaccination against Covid-19 in France. An obligation that the government rejects for the time being.

The United States, the United Kingdom or Israel, countries more advanced than France in their vaccination campaigns, have already been facing this decline since the beginning of May. Due in particular to an incompressible segment of the population who refuses or hesitates to be vaccinated, the vaccination campaign is slowing down and coverage, especially for seniors, is progressing less and less in these countries. However, no country has yet adopted compulsory vaccination to overcome this resistance.