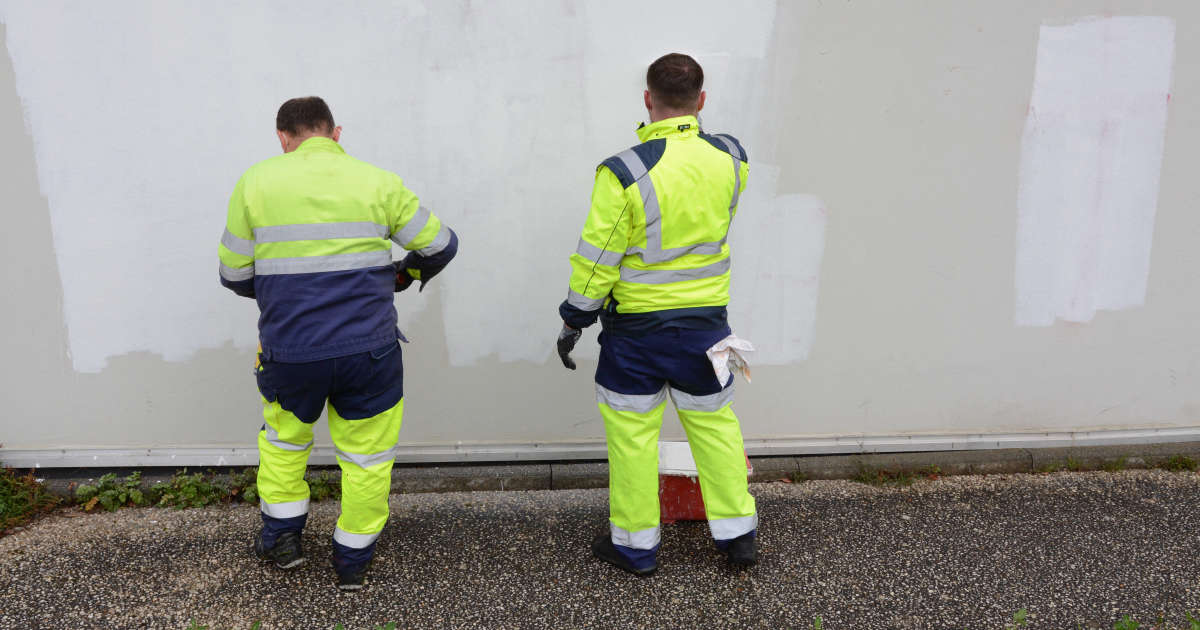 “The crusades will resume”, “Charles Martel save us” : anti-Muslim tags discovered Sunday 11 April morning on the exterior walls of the Avicenna Islamic cultural center in Rennes provoked a concert of condemnations, some even denouncing a “Anti-Muslim climate”.

“At two days of the month of Ramadan, the faithful find their mosque tagged with obscene sentences”, lamented Mohammed Zaidouni, the president of the regional council of the Muslim religion. “We are the children of the Republic and we find ourselves with hatred, violence and barbarism”, he added.

Anti-Muslim tags on a cultural center in Rennes, Darmanin expected on site

The guardian then the faithful discovered these tags on Sunday around 6 a.m., during the morning prayers. “No to Islamization”, “Long live the Roy”, “Muhammad prophet pedophile”, “The crusades will resume”, “Charles Martel save us”, “Eternal France”, “Catholicism, state religion”, “Allah false god” or “EELV = Traitors”, could we read on photos transmitted by the prosecution.

Christian crosses, the chrism or a fleur-de-lys were also tagged on the walls of the Avicenna center.

A survey for “Degradation due to belonging to a religion” was opened by the Rennes prosecutor’s office and entrusted to Rennes departmental security. The penalty is 4 years in prison and a fine of 30,000 euros.

“The Rennes public prosecutor’s office (…) will pay particular attention to the investigation aimed at identifying and punishing the perpetrator (s) of these facts”, assured the Rennes prosecutor Philippe Astruc in a press release, citing facts “Which carry a serious symbolic attack” and “Come to disturb the peaceful exercise of worship”.

“Making the bed of hatred only produces more hatred”

“The faithful were shocked by such obscenities. It was violent. Our Muslim community is really sad ”, said Mr. Zaidouni, while calling for “Stay united”.

“There are some who seek to sow discord in France and we have a duty to preserve the country. We are going to unite in a little while so that God preserves our country, France, because there is nothing worse than discord within a country ”, he added.

“The numerous anti-Muslim inscriptions on the walls of the Avicennes mosque in Rennes are unacceptable. All my solidarity with the Muslims of our country ”, reacted on Twitter the Minister of the Interior Gerald Darmanin, who must be there at 6 p.m.

“These acts have no place in France, they have no place in Rennes. All my support for Rennes and particularly for the faithful shocked by these unworthy acts ”, tweeted the PS mayor of Rennes Nathalie Appéré.

Senator LR Valérie Boyer spoke about ” shame “ responsible for these acts while the President of the National Assembly Richard Ferrand denounced a “Unacceptable sectarian vandalism”.

The deputy of La France Insoumise Alexis Corbière considered that these facts were “The result of a detestable atmosphere produced by some”.

“Recent history teaches us that heated debates around Islam have often been accompanied by an upsurge in anti-Muslim acts”, also pointed out Mohammed Moussaoui, president of the French Council of Muslim Worship (CFCM) in a press release. “It is clear that some debates around the bill to fight against ‘separatism’ have unfortunately served as forums for haters of all stripes”, he added.

“There is currently an anti-Muslim climate in France that we strongly denounce. Unfortunately, the statements of certain politicians only fuel this climate ”, said Abdallah Zekri, president of the National Observatory against Islamophobia.

In Nantes, the door of a mosque was destroyed by fire overnight from Thursday to Friday, while a 24-year-old man claiming neo-Nazi ideas was indicted on Friday for threatening to leave. take to the mosque of Le Mans.