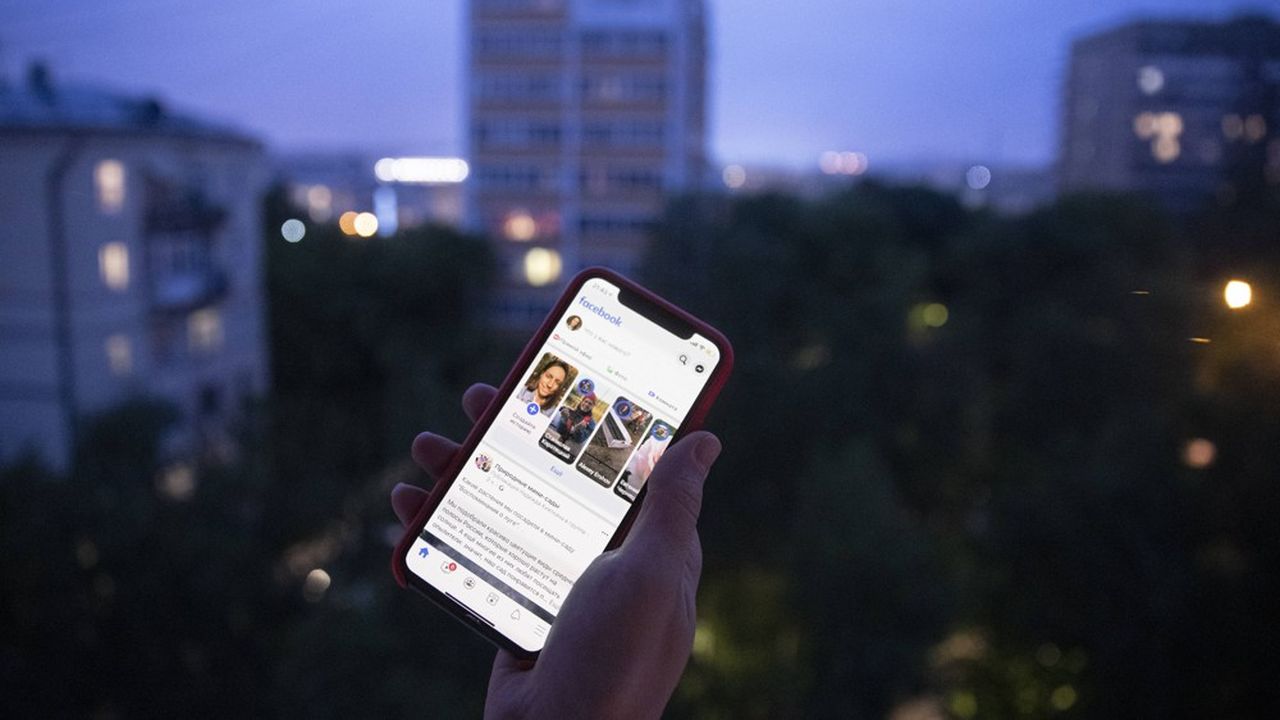 As economic sanctions against Russia continue to fall, several tech players are implementing their own measures to isolate the country. Overview.

Following the restriction of access to Facebook and Twitter in Russia, the two social networks respond. Meta, Facebook’s parent company, now prohibits Russian state media from running ads and monetizing their content on the platform anywhere in the world. Same initiative on the side of Google which prevents RT and other television channels from collecting revenue from advertising on their websites, applications and Youtube videos. “We are actively monitoring new developments and will take further action if necessary,” a Google spokesperson told specialist media Axios.

Twitter, which banned advertising from Russian state-controlled media in 2019, has temporarily paused all advertising in Ukraine and Russia. It is difficult to know the extent of this measure even if the majority of the media are very dependent on Google and Facebook. In the past, tech giants have already restricted ads for a few weeks, especially during the 2020 US election.

No shock measure at Apple for the moment. Ukrainian Deputy Prime Minister Mykhailo Fedorov has sent a letter to Apple boss Tim Cook asking him to stop selling its products in Russia and block Russians’ access to its app store. . The firm at the apple has not yet responded. There is no Apple store in Russia but it is possible to buy products on the American giant’s site.

I’ve contacted @tim_cook, Apple’s CEO, to block the Apple Store for citizens of the Russian Federation, and to support the package of US government sanctions! If you agree to have the president-killer, then you will have to be satisfied with the only available site Russia 24. pic.twitter.com/b5dm78g2vS

The fight against misinformation is accelerating

In the immense flood of information on the Russian invasion, there are fake videos and doctored testimonies. To fight against this misinformation, social networks have launched a battery of measures. Twitter is suspending some tweet recommendations from people users don’t follow. The social network also indicates in a tweet that it “proactively reviews tweets for platform manipulation” and takes “action” against them.

Our top priority is keeping people on Twitter safe.

We’re actively monitoring for risks associated with the conflict in Ukraine, including identifying and disrupting attempts to amplify false and misleading information.

Here are the steps we’ve taken:

Twitter monitors the accounts of journalists, government officials, activists and other media figures to prevent ‘targeted takeovers or manipulation’. The microblogging site notably recalls the procedure to follow to avoid leaking geolocation data by publishing on the social network.

Facebook has rolled out a tool for its users in Ukraine to instantly lock their account, which helps prevent users they are not paired with from seeing their profile information. This measure had already been implemented in Afghanistan following the Taliban’s takeover.

The two social networks block content and accounts spreading false information, but this moderation has its flaws. According to internal documents seen by The Intercept, Facebook has chosen to allow speech in support of the Azov Regiment, an ultra-nationalist Ukrainian militia, only if its comments describe their military action against Russian forces. This armed group accused of being neo-Nazi had been banned from the social network in 2019.

As soon as tweeted, as soon as done. Elon Musk said on Twitter that he had activated Starlink, his satellite Internet access service, in Ukraine, and sent equipment there. This action follows the tweet of Ukrainian Deputy Prime Minister Mykhailo Fedorov. “Elon Musk, while you are trying to colonize Mars, Russia is trying to occupy Ukraine! While your rockets are successfully landing from space, Russian rockets are attacking Ukrainian civilian population! We ask you to provide Ukraine with Starlink stations and ask sane Russians to stay up. »

@elonmusk, while you try to colonize Mars — Russia try to occupy Ukraine! While your rockets successfully land from space — Russian rockets attack Ukrainian civil people! We ask you to provide Ukraine with Starlink stations and to address sane Russians to stand.

Starlink is a satellite network owned by SpaceX, another company created by Elon Musk in the 2000s. This service provides Internet access anywhere in the world, especially in regions with little or no terrestrial infrastructure. He would be welcome in Ukraine, which has been the subject of Internet shutdowns in recent days, particularly in the east and south of the country. But the operation of Starlink in Ukraine is not certain, as the specialized site Numerama points out. “How do we get the connection kits to the country? […] And what about ground stations, which remain essential for connecting satellites to the Internet network? […] ? »

Anonymous in cyberwar against Russia

The Anonymous have chosen their camp. The notorious hacker collective has declared cyberwar on Russia. First victim: the RT site, which fell but was finally put back online a few hours later. Several government sites, including that of the Kremlin, have been attacked and are still offline at the time of this publication. “Anonymous carries out permanent operations to keep government sites offline and to disseminate information to the Russian people without it being subjected to Putin’s state censorship machine,” the collective said on Twitter.

The hackers also intercepted military communications and leaked the database of the Russian Ministry of Defense website. Russian public TV channels have been hacked to broadcast videos about the current situation in Ukraine.

JUST IN: #Russian state TV channels have been hacked by #Anonymous to broadcast the truth about what happens in #Ukraine. #OpRussia #OpKremlin #FckPutin #StandWithUkriane pic.twitter.com/vBq8pQnjPc

The Anonymous collective regularly takes a stand at world events. For example, he attacked members of the Islamic State or Donald Trump.