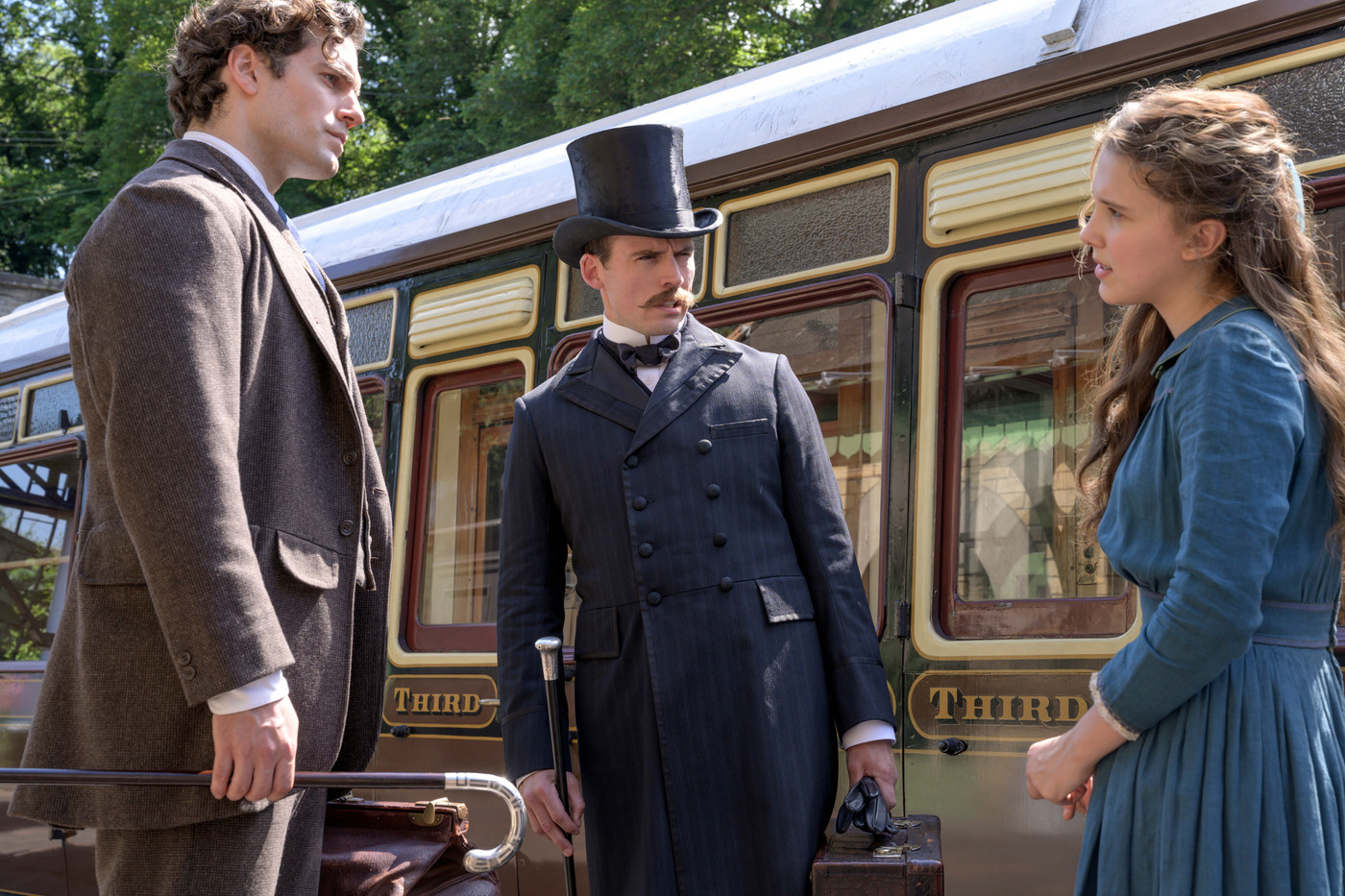 Enola, backwards, reads alone (“Only”, in French). In addition to her singular first name, her mother, a lover of coded messages, gave her a funny gift on her 16th birthday: she vanished from the mansion where she had been raising her alone since the death of her husband and the departure. of his two oldest children, Mycroft and Sherlock. Far from the codes of good Victorian society, Enola received a free and nonconformist education: instead of learning good manners and embroidery, she studied chemistry, philosophy, botany, or even the fighting arts!

When her brothers want to send her to a posh boarding school after their mother’s disappearance, Elona flees to London in the hope of finding her. Thus begins a series of adventures for the young girl who discovers the same talent as a detective as her famous brother Sherlock. His first investigation, The Double Disappearance, was published by American novelist Nancy Springer in 2006 (1). Since then, five other volumes have emerged and the successful series has been adapted into comics (230,000 copies sold) and then into film, visible on Netflix.

“Far from being a simple Sherlock in a petticoat, Enola Holmes has her own intrepid and impulsive personality and methods. She uses knowledge specific to the world of women of her time: the language of flowers and fans, the colors of the wax seals, the banknotes hidden in the crinoline ribbons ”, lists Serena Blasco, author of comics published by Jungle editions. Young fans adore Enola’s multiple disguises, his rebellious spirit and devour the notebooks at the end of each album to learn how to (de) encrypt secret missives. They claim a sequel to the novelist. In vain, for the moment.

Malignant, daredevil, insolent… Sherlock’s little sister has all the assets to seduce (pre-) teenagers and also boys, as long as they do not stop at the pink of certain blankets. The novels are easy to read, carried by plots removed if not sophisticated. The comics have some great watercolor illustrations. The film takes liberties with the original work and clumsily asserts the feminist message. But the actress Millie Bobby Brown (revealed by the series Stranger Things) makes the heroine with boundless energy, which addresses the viewer facing the camera, endearing. Instead of spectacular action scenes, we prefer moments of complicity between Enola and her mother (like those funny tennis games in the living room!), Or with her brother Sherlock, amused to see his succession assured.