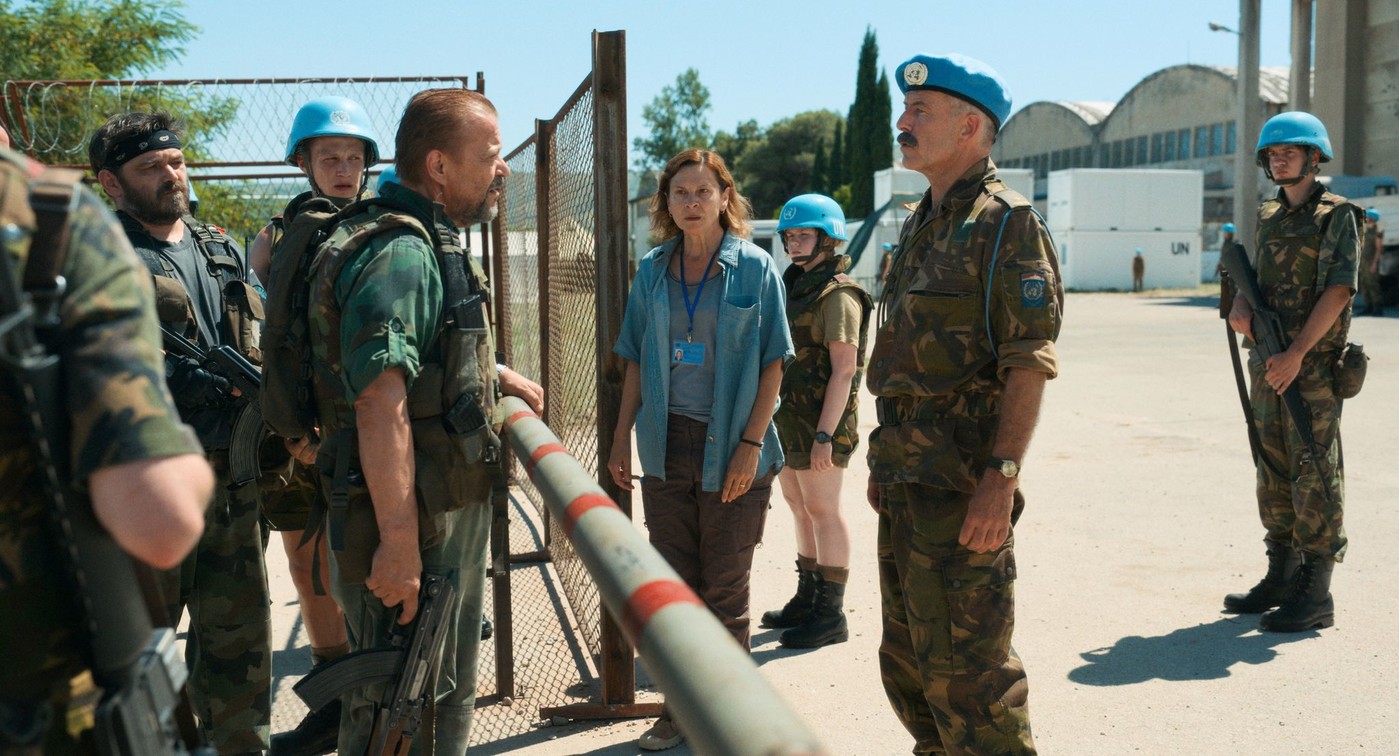 In these difficult times linked to the coronavirus crisis, after the cancellation of the Cannes Film Festival, everyone was watching for what the Mostra, surrounded by uncertainties, would manage to fish in its nets. Many directors, producers, critics – more than half of the usual contingent – could not come, blocked by the barricaded borders of their countries. A tangible indication of this desertion, Venice airport has very few flights and its aisles are deserted.

An exceptional cuvée was announced for the Italian selection in a country which, failing to regain its former splendor, is going up the slope after the ethical and aesthetic disaster of the Berlusconi years. No less than four films out of eighteen from the peninsula were selected in competition. With a great absentee, Nanni Moretti, about whom it is rumored that his film Tre piani is one of his most successful, who preferred to wait to spare his chances at Cannes 2021 rather than triumph at home at the Mostra 2020 …

Nevertheless, in spite of some vicissitudes, the harvest of Lido will have been of a good behavior. Although deprived, no doubt, of the masterpiece that everyone hoped for as a spark, quick to rekindle the ardor of this 7e art that dreads the near future. At times, and according to the sections, it was obvious that a few films had been selected, for lack of anything better, to fill the program. Nevertheless, the films were there and the public, although sparse and masked, too.

Review of details of some moments. Since the first day, Apples, by Christos Nikou, on a sudden epidemic (hey, hey…) which causes incurable amnesia in his victims, only reveals the mystery of his strangeness at the very end. Human voice, free adaptation in medium-length film of the play by Jean Cocteau by Pedro Almodovar, victim of a flamboyant mannerism to the point of caricature. By pruning and radicalizing this magnificent monologue of amorous suffering, the Spanish filmmaker ends up watering down it …

What to remember from this funny Mostra 2020?

With Laila in Haifa, Amos Gitai once again inflicted his cinema as vain and pretentious as his characters, in the service of a heavy discourse of Israeli-Palestinian reconciliation, weighed down by its frozen artificiality, served by an insipid intrigue and dialogue. Miss marx, by Susanna Nicchiarelli, on Eleanor Marx, the “daughter of”, activist and feminist, amazed by a mixture of reconstruction of the XIXe century against a heavy metal background. In Dear Comrades! Andrei Kontchalovsky, close to Vladimir Putin, by unearthing the massacre in 1962 of striking workers under Nikita Khrushchev’s regime, delivered a strange message on the nostalgia of Stalinism.

→ (RE) READ. The aberrant prize list of the 76th Venice Film Festival

Among the most serious contenders on the prize list, Quo Vadis, Aida? by Jasmila Zbanic, on the Srebrenica massacre; Notturno, by Gianfranco Rosi, documentary on the margins of war, enigmatic and brilliant exercise in style. And The world to come, by Mona Fastvold who has everything to please the jury: film directed by a woman, ecological, immersed in nature, in a universe à la Thoreau, on the amorous friendship of two women in the XIXe century, unusual form (diary and correspondence), the fire of passion and transgression under the ashes of a waning conjugality.

The need to see and hear stories

What to remember from this funny Mostra 2020? That the need to hear and see stories, this aspiration as old as humanity, remains the strongest, as the actor Pierre Niney underlined, rejoicing to find the public in the rooms. And maybe this lesson suggested by the Indian film, The Disciple, by Chaitanya Tamhane, on the impossibility of surpassing or even equaling its guides. Where else than in Italy, in Venice, at the Mostra, could these nagging questions take on so much importance? Where have the masters gone? What happened to their heritage? These questions floated in the air of the Lido, like the disarray of this hollow year, without a vision of the future of cinema.

In the game of predictions

Every morning, Ciak in Mostra, the festival daily displays the stars awarded by critics.

For Italian critics, in the leading quartet, two Italian films

–The Disciple, by Chaitanya Tamhane

– The world to come, by Mona Fastvold