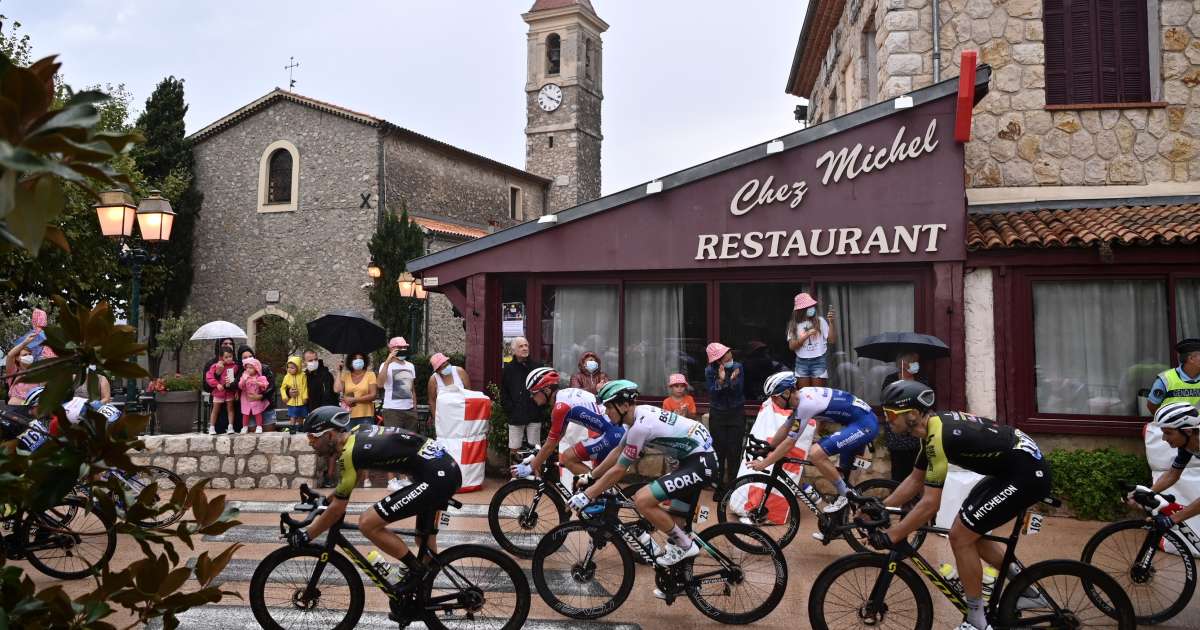 The advertising caravan passes, we follow it. Saturday 2 p.m., aboard an official Tour de France car, we are at the back of the pack. Within a few minutes, we missed the start window, between the 176 runners who have just set off and the hundred or so vehicles of all kinds (a giant bowler on a quad, an Ephad scenery on a van …) who forms the Caravan.

” It’s going to be complicated “

We’ll have to catch up. At the wheel, Mathieu keeps smiling under his mask. A former cyclist himself, now a triathlete (including three Iron-Man on the clock) and pilot at Skoda, he knows his subject.

This morning the female cyclists who set off for the “By the Tour” Race, which opens the Tour de France, have had better luck over time. But for them too, over the 98 km of the event, it was “fat”.

Once you have left Nice, you only need ten kilometers to feel far from the sea. The landscape becomes alpine, it climbs, the road is a series of switchbacks. On the aisles, the masked public is not very numerous, but enthusiastic. Mathieu blows funny sounds from his horn. The runners passed, then the Caravan and its few goodies launched in-respect-of-barrier-gestures followed, we bring up the rear.

The Tour de France remains one of the few major sporting events that are still played at free and open counters. In front of a retirement home, three caregivers wave to us as if we had the slightest merit. From their window, if they can, their patients also enjoy the passage of the Tour in their village. Families are happy. Even in the rain, even with a mask, it’s party time. It feels like the “world before” the Covid, on a sunny day.

The first stage of this 107e Edition of the Tour de France is a triple loop of 156 kilometers from Nice to Nice, twice a small one then a big one. At the junction of the two, the riders turned left for the first small loop, the Caravan, and we are doing the big one. It always climbs slowly, but we are happy not to be on a bike. “If we pass the Caravan and if we are lucky, at the other junction of the two loops, we will be able to see the runners pass by “, Hopes Mathieu.

The falls are linked

A small pass, begins the descent. The Caravan slows down, no way a giant strawberry or an insurance company’s van ends up in the ravine. Mathieu took the opportunity to overtake them. We drive at 50 km / h, at the same speed as the runners. But how do they do it ?? !! It is no longer drops of water falling on us, but large packages. ” With the hydrocarbons and engine oil that have been stagnant for months on the asphalt, and the rain overhead, it’s not a road anymore, it’s an ice rink », Explains our pilot. 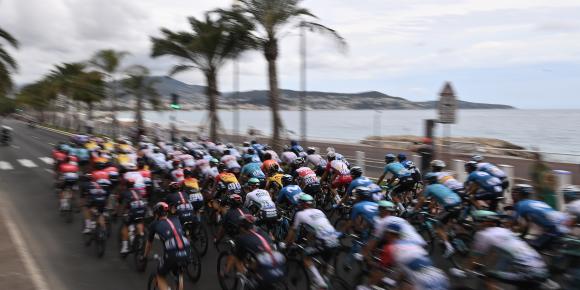 The peloton at the start of the Promenade des Anglais in Nice, at the end of the first stage of the Tour de France 2020

Fat and wet, the perfect combination for the massacre. Moreover, on the radio of the HQ of the organization, the announcements of the fall of runners are linked. We think back to ” it’s going to be complicated From Mathieu. ” And why did you stop cycling? », We ask him. ” A fall, a broken pelvis, a screw in each hip », He replies without pathos. So at the junction of the two loops, when we see the runners pass, amazed, we will drop our umbrella to applaud them.