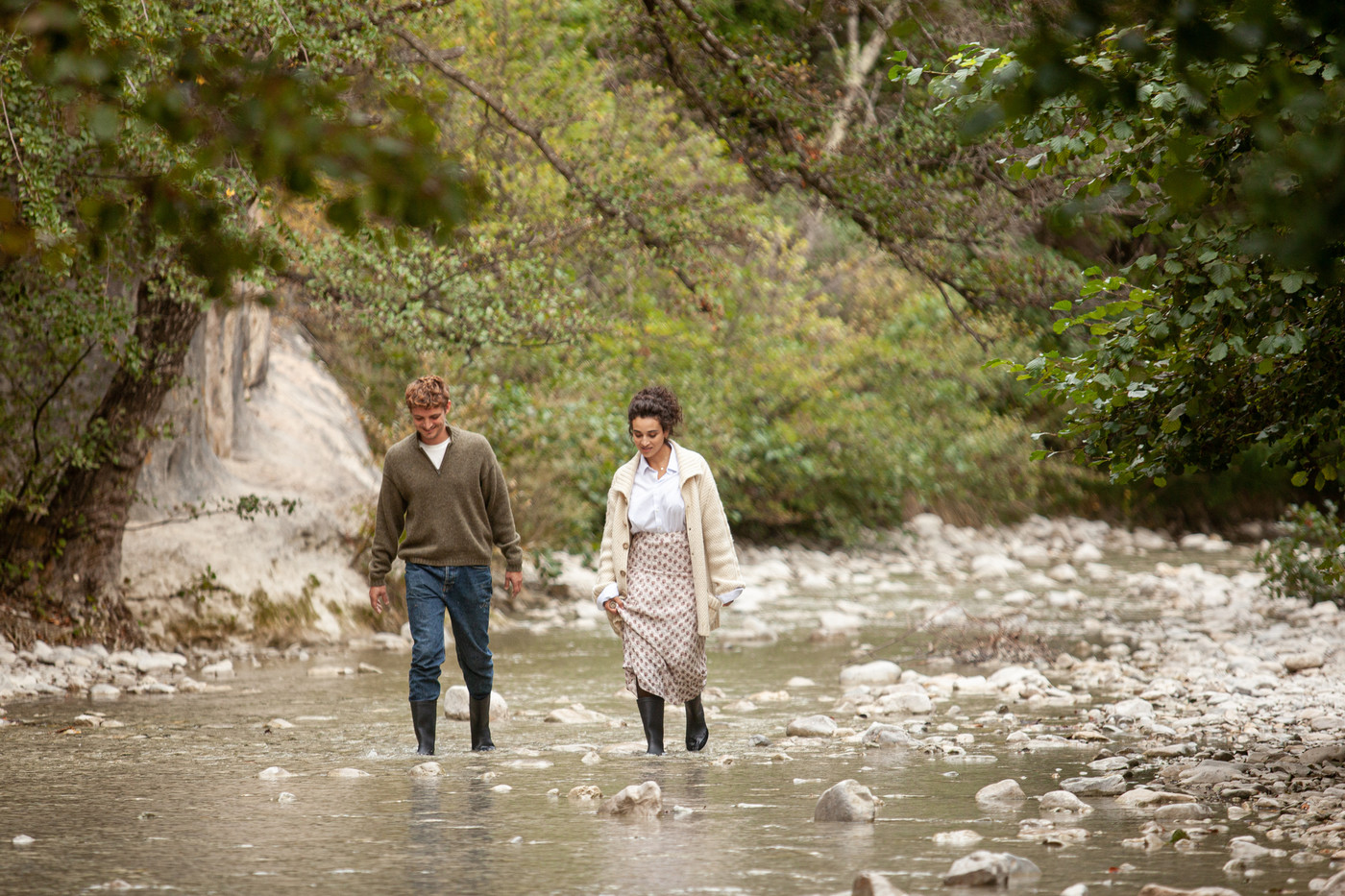 In cinema, it is as in love: there is the real time of the absence and its feeling. Emmanuel Mouret gave us a jewel in September 2018, Mademoiselle de Joncquières, the elegant story of a romantic revenge in the XVIIIe aristocratic century of Diderot. What are two years between two films?

Little for the 7e art, too much in this case. It is to a marvelous whirlwind of feelings and charm, intelligence and humor, that the filmmaker invites us in The things we say, the things we do, the most successful and brilliant of his ten feature films.

It all starts with meeting Daphné (Camélia Jordana) and Maxime (Niels Schneider), François’ cousin, his companion (Vincent Macaigne). Three months pregnant, she receives him alone in their beautiful house in the countryside, while awaiting the return of François, retained in the Paris region by his work for a few days.

Between Daphne and Maxime, the embarrassment, palpable, disputes him with good will. The young woman hardly knows more about her host that he wishes to write a novel without succeeding and has not yet recovered from unhappy love affairs. With delicacy, she questions him, leads him to confide his heartache and, in return, tells him about the beginnings of her relationship with François after some setbacks.

When Maxime explains wanting to tell in a book “Stories of feelings”, it is perhaps Emmanuel Mouret who expresses himself through his voice. With tremendous fluidity, the director enshrines the stories of the passions narrated by Maxime and Daphné, but also the full of panache of Louise (Émilie Dequenne) for François, of whom she was the first woman – certainly the most beautiful character of this hunted. – gallant cross.

In this tumultuous flow emerge loved ones who, ignoring with application the feelings fed towards them, show themselves capable of cruel casualties, like Sandra (Jenna Thiam), to whom Maxime does not dare declare his love.

Sweet indulgence for the inconsistencies of the heart

The title of the film, The things we say, the things we do, lightly suggests the gap between principles and desires, the contradictions between the rules that we impose on ourselves and the impulses of the heart. “It evokes for me one of the great pleasures of cinema, that which consists in confronting a character with his words: will he do what he says? is he really who he claims to be? explains Emmanuel Mouret. At a time when we are constantly, severely, called to be coherent, to relate our words and our actions, I take the bet of gentleness and indulgence rather than that of accusation. “

Here, far from recklessly giving in to their inclinations, men and women fight against themselves for fear of causing pain. “Caring for others is what makes our relationship with the world as beautiful as it is cruel and complex”, continues the filmmaker. In her small universe, when disenchantment strikes, one suffers without cry, one disappears in silence, which in no way prevents the violence of feelings. If these intimate heartbreaks appear as powerful dramatic springs, they are in no way opposed to a delicious humor.

The grace of a photograph, which sublimates nature as well as interiors, responds to the elegance of spirited dialogues which sparkle with wit and humor. Rather than giving in to naturalism, the acting direction cultivates a small theatrical tone that never distances the spectators from the characters.

At their best, actors show new parts of their talent, often less flamboyant than usual, but more intense and moving. Niels Schneider, whose beauty à la Jean Marais seems extinct and confidence at half mast, has never been so upset, just like Vincent Macaigne, all in restraint, tender, and Camélia Jordana as a wise young woman who has forbidden herself any viable romantic relationship after setbacks.

In contrast, Jenna Thiam rejoices with her haughty and vindictive energy. Romanesque as hell, this vertiginous waltz of passions condemns to even more keen impatience while waiting for Emmanuel Mouret’s next film.

Emmanuel Mouret, the explorer of the feeling of love

1999. Walk around naked! his medium-length film made at Femis, finds its way to theaters.

2000. Let Lucie do it, first feature film with Marie Gillain, where he plays and imposes his universe, halfway between Rohmerian marivaudages and the humor of Woody Allen.

2004. Venus and Flower, selected at the Directors’ Fortnight in Cannes.

2006. Address change, with Frédérique Bel, who will star in three other of his films.

2018. Mademoiselle de Joncquières, nominated six times for the Césars and crowned only with the César for best costume.