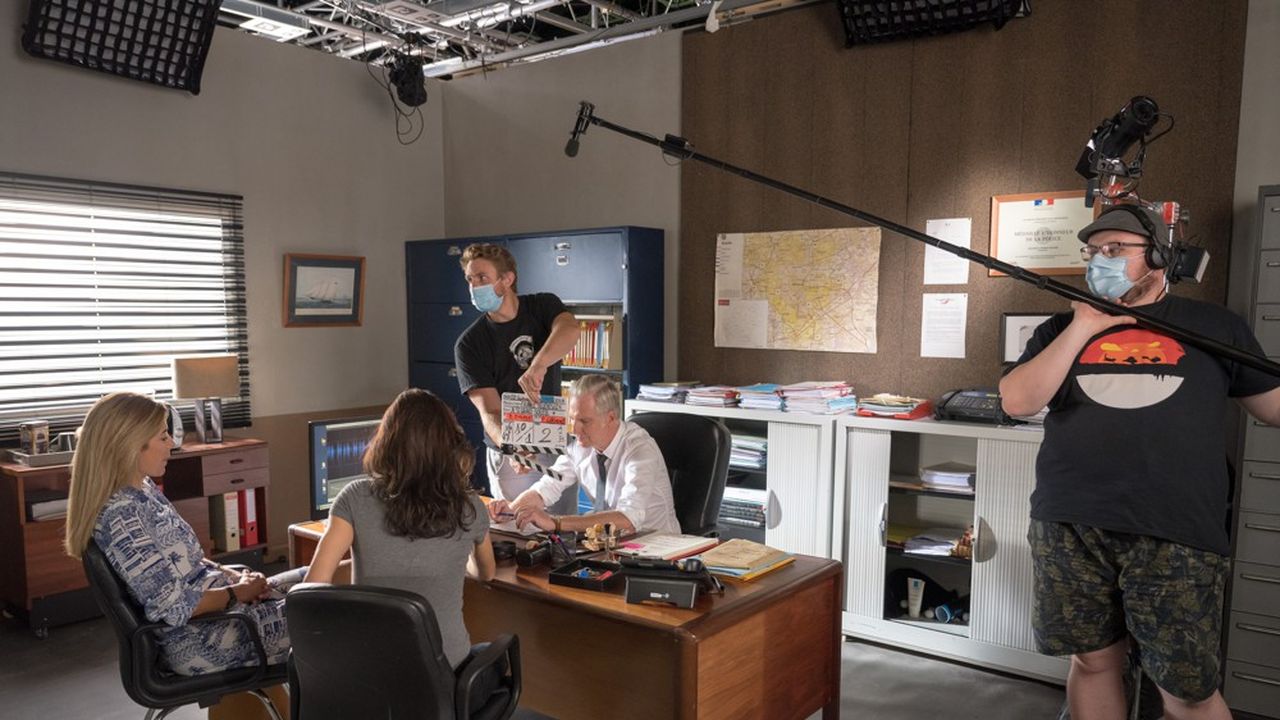 Repeated scenes with masks, actors – as a couple on the air – who keep a safe distance, canceled parties… With the new sanitary rules, the soap operas had to adapt.

“But the main thing is to keep shooting”, rejoices Olivier Roelens, executive producer of “Un si grand soleil”, on France 2, who feared, like the entire world of production, a new interruption as during the first confinement.

For now, the measures have not changed from those put in place since June. “Even if it will undoubtedly be more complicated to have permissions to shoot outdoors”, Olivier Roelens prognosis. “The Covid sometimes prevents me from sleeping at night. But our job is to constantly adapt, to manage problems ”, adds Toma de Matteis, the executive producer.

France Télévisions did not skimp on resources: on-site medical team, distribution of masks by a dedicated person at the entrance to the studio … There is even a Covid referent – specially employed to check masks or distance – per set .

Likewise, every detail has been redesigned. For example, make-up artists wear FFP2 masks (more filtering), the accessories are scrupulously disinfected, a glass separates the director from his script in some cases etc.

The objective: to reduce the risk of contamination. At the end of October, France Télévisions had counted 5 cases since June but no actor. And above all to limit filming stoppages: the team only had one. In addition to the costs linked to a suspension, in a just-in-time production, with few episodes in advance, a prolonged stop could have serious consequences on the audience. Also, if France 2 has just decided to suspend the soap opera to leave more room for news, it will only be for a few days, so as not to lose the public.

Fact, “Everything is more expensive and longer. Before, it took us 30 days on average to shoot 10 episodes. Now we need 32 and this summer it was even 36 ”, summarizes Tomas de Matteis. The additional costs are estimated at around 10% to 15% – an average also for fictions – taking into account this lengthening, additional staff, protective equipment etc. A figure far from insignificant when a daily soap opera costs around thirty million a year …

Behind, there is also the management of a team of 200 people per day. “For example, the actors arrive at the very last moment. The hardest part is undoubtedly to maintain a collective atmosphere ”, he laments.

The script and the way of filming have been adapted. The fifty or so episodes written before the first confinement have been completely revised. And the director must find some tips: games with women’s hair for kisses, arguing through a window … “Before a reconciliation scene, it was a plan. Now it’s three: one on the hands, with the masked actors, then a shot and a reverse shot on each of the two characters ”, tells Christophe Barbier, one of the directors.

But, the production cannot control everything, off set… The day we come, an actor, happy to find his colleagues, comes to embrace them… Luck: he did not have the Covid.