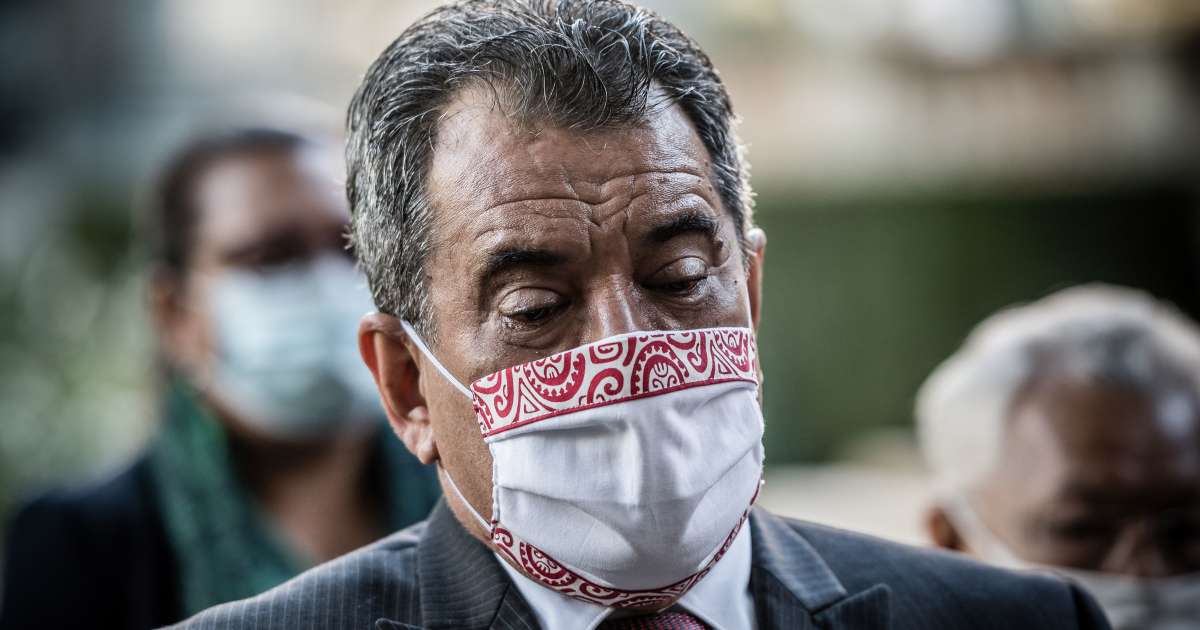 Two days after meeting Emmanuel Macron in Paris, the President of French Polynesia Edouard Fritch tested positive for Covid-19 on his return to Tahiti, a press release from his communication service announced on Sunday.

“President Edouard Fritch was declared positive for Covid-19 on his return from Paris”, says the statement. “As a precaution and protection measure, his companion, who traveled with him, has also been tested and is negative. “

Edouard Fritch (68) met President Macron on Thursday, before taking the plane the next day for Papeete. He took a sample on Saturday evening “Because he had a little fever and joint pains”. The result was revealed “Positive” on the night of Saturday to Sunday, the statement said.

Edouard Fritch “Had been declared negative in the RT-PCR test carried out in Paris, 3 days before his departure”, indicated its communication service. It was during a new test, carried out in Tahiti, that he was declared positive. He was placed in septaine, a seven-day isolation. According to the statement, his condition is “Not worrying”.

The virus spreads in Polynesia

Several ministers of his government, who remained in Tahiti, have also tested positive in recent days.

According to the latest figures communicated by the health services on Friday, French Polynesia has identified 2,692 cases of Covid since the reopening of the borders on July 15, and deplores 10 deaths.

The epidemic is beginning to affect the remote islands of Tahiti, which are poorly equipped with health structures. A first case was detected in the Marquesas archipelago, on the island of Nuku Hiva, on October 5.

The senatorial elections, which brought together on September 27 in Papeete great voters from all the islands, were able to participate in the spread of the virus in the various archipelagos. Despite calls to respect barrier gestures, many elected officials kissed each other, as Polynesian customs require.

According to the local Ministry of Health, the epidemic peak is expected in January in Polynesia. The local hospital center can accommodate up to 60 people in intensive care.

During the meeting between Emmanuel Macron and Edouard Fritch, the President of the Republic announced that he intended to visit Polynesia at the end of the first quarter of 2021.