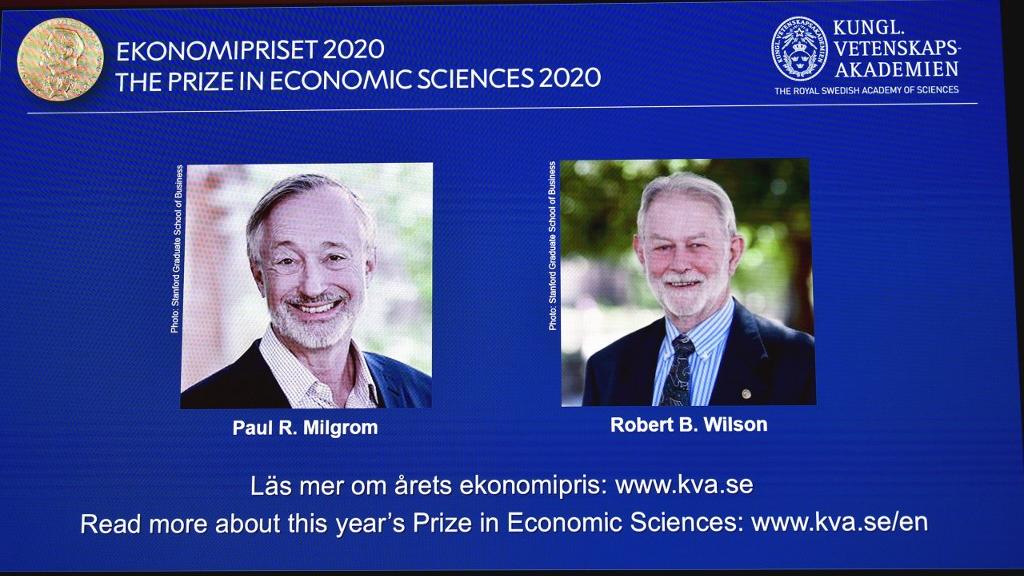 Their work in particular “improved the theory of auctions and invented new auction formats”, according to the jury of the Swedish Academy of Sciences.

The Nobel Prize in economics was awarded Monday, October 12, to the Americans Paul Milgrom, 72, and Robert Wilson, 83, auction experts. They have, among others, “improved auction theory and invented new auction formats”, said the jury of the Swedish Academy of Sciences.

This year’s Economic Science Laureates, Paul Milgrom and Robert Wilson, have not just clarified how auctions work and why bidders behave in a certain way, but used their theoretical discoveries to invent entirely new auction formats for the sale of goods and services.#NobelPrize

The duo, who were one of the favorites for the award this year, are best known for being behind the concept for the sale of telecommunications frequency band licenses in the United States. The two economists, both teachers at Stanford, also worked on the mechanisms for allocating landing slots at airports.“Auctions are everywhere and affect our daily life”, noted the jury.

Robert Wilson – awarded this year’s Prize in Economic Sciences – showed why rational bidders tend to place bids below their own best estimate of the common value: they are worried about the winner’s curse – that is, about paying too much and losing out.#NobelPrize pic.twitter.com/3pJpVuc1e5