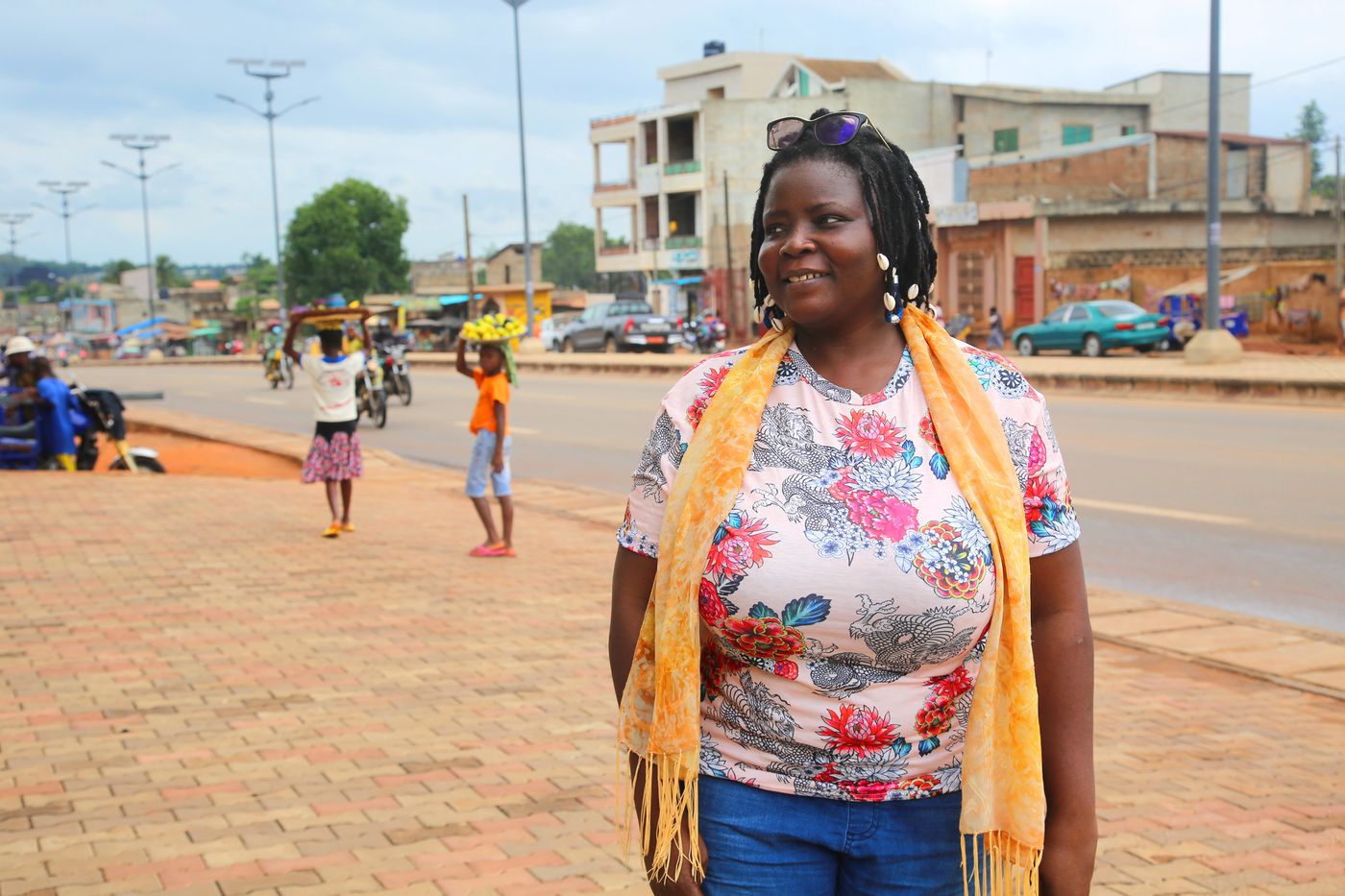 She admits that it was madness herself. But Elvire Adjamonsi held on. At the start of 2021, just after the presidential election in the Central African Republic, when the country lives under a state of emergency, the Beninese filmmaker is shooting the first episodes of the series she wrote there, Bangui, special unit. The main character is Régine, inspector of a brigade fighting against sexual crimes. In an unstable country, where insecurity reigns, they are often unpunished and passed over in silence.

“After the first ballot, in December, there was an exchange of fire and I said to myself how am I going to do if there is a glitch during the shooting? tells the fifty-year-old, childish face and youthful allure, when we meet her in Porto-Novo, her hometown and capital of Benin, where she is passing through. We worked without knowing what was going to happen… ”

Despite the precarious calm, the shooting was not disturbed. Only Elvire Adjamonsi could not imagine the personal explosion he was going to produce in her. Everything happened on the first day, from the first sequence: back from the market, a mother finds her teenage daughter passed out in her room, her clothes stained with blood. She has just been raped by her math teacher.

In the evening, when the team leaves the premises, Elvire, she cannot leave. “I sat for a long time without seeing the time go by… until 8 pm, curfew time. I had to hurry back home. I didn’t sleep all night, and the next day I couldn’t go to work, the second director took over. “ Elvire Adjamonsi does not immediately understand that his painful past has just resurfaced. She was sexually assaulted several times by a relative when she was a child, then as a teenager by a cultural animator. “I put a lid on what I had been through and it all came out when I saw this young girl. Physically, I felt like I was reliving my own story. As I was writing the screenplay, I didn’t realize I was talking about myself! “

On the set, she said nothing about her discomfort. It was only a month after the end of the clap that she confided in a close friend. Even today, words remain difficult, silences weigh heavily. “The memories that came back didn’t bother me to film, because I was realizing the trauma, she analyzes in a soft voice. Now he is here and I dread the rest of the shoot in January, especially since I will be alone to direct. “ It is that in the meantime there has been “Anger, anger towards myself: why have I been killing myself so far? And questions: what would have changed if I had spoken? Also, I understood that what they did to me determined my life ”.

A solo adventurer’s life for this cultural administrator by training, who has crisscrossed West and Central Africa and faced sexual violence. “I can’t keep still, my friends laugh at me, they tell me that I like to go where things are going”, laughs the filmmaker, who left his luggage in Ivory Coast in 2011, in the midst of the post-electoral crisis. Looking serious, she continues: “When the situation calmed down, I took the first bus to Cotonou (in Benin). I am afraid of the post-war periods, it is vague and there are a lot of abuses. “ In particular rape used as a weapon of war, as in the Central African Republic, a reality that she encountered in 2017 during a documentary. “I met young girls who were slaves to combatants and wondered where they got the strength to testify from. “

→ MAINTENANCE. Denis Mukwege: “The courage of women shows us the way”

Elvire then feels that she must write on the subject. And move on to production, with the support of the International Organization of la Francophonie and the European Union, drawing inspiration from New York, special unit, cult series about a police captain charged with investigating sex crimes. If the shoot acted as an unexpected therapy, Elvire Adjamonsi wants his creation to be an awareness tool. “I now know why I didn’t say anything: as a child, I was scared, as a young girl, I was ashamed. Today, I would really like my series to reach all audiences. ” So that the victims dare to denounce what they have suffered.