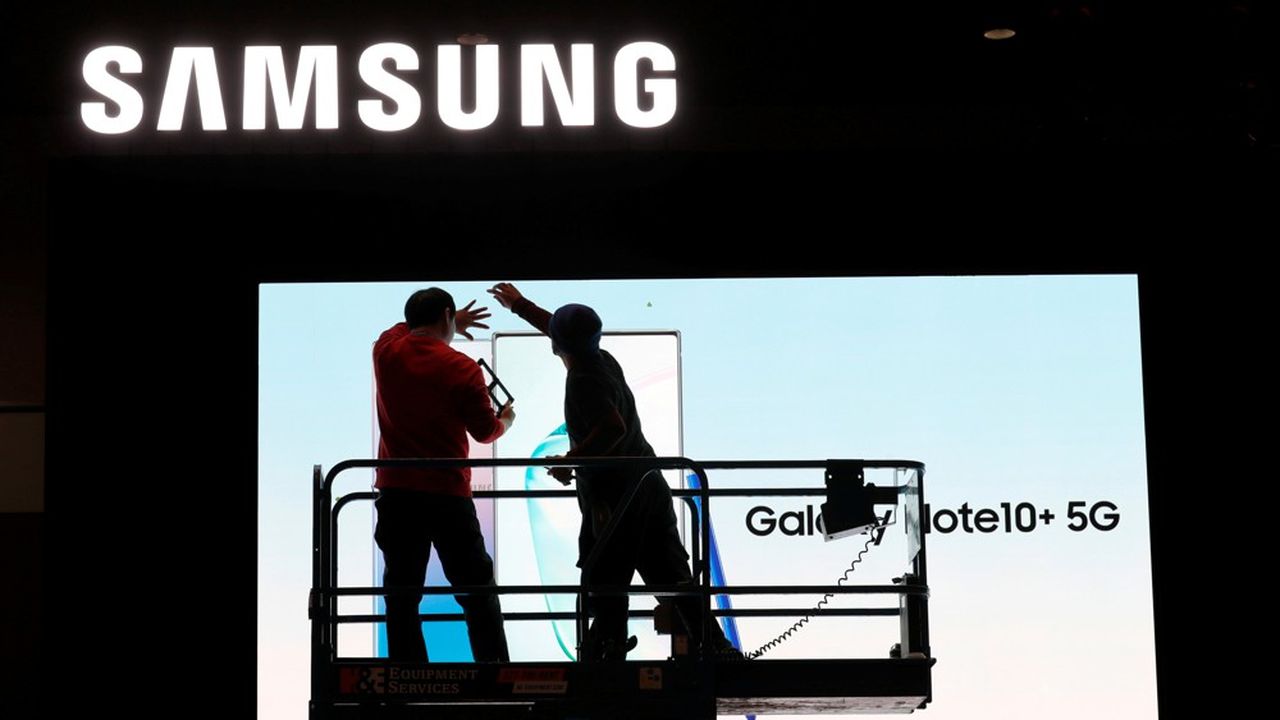 The quarters follow each other and are not the same for Samsung. The South Korean giant has just announced that its revenues and profitability may decline over the last three months of the year. Unveiled during the publication of the group’s quarterly results, the announcement reduced the price of the first market capitalization of South Korea by 1.53%, to 306 billion dollars.

At issue: the decline in global demand for smartphones – again down 6% over one year in the third quarter, according to Digitimes Research -, and “Marketing costs which increase due to the competitive environment of this market”, detailed the South Korean group. Samsung will in particular have to scrap with the latest range of iPhones, eagerly awaited because these devices are the first smartphones from Apple to be compatible with 5G.

Regarding household appliances and other flat screens, the Seoul firm predicts that “Profitability is likely to weaken with increasing competition and rising costs”. Finally, Samsung predicts that demand for its highly prized DRAM and NAND memory chips should also decline between October and the end of December.

Not to mention that the prices of this type of component could continue to fall. With the pandemic and the use of teleworking, demand for DRAM chips – which tech giants are very fond of for their heavily used cloud services and data centers during the first period of containment – has exploded. But in this cyclical industry, the entire sector is currently in a situation of strong overproduction which weighs on prices.

These forecasts from Samsung come as the group has just concluded its best quarterly performance in two years. In the third quarter, Samsung’s net profit jumped nearly 50% year-on-year to $ 8.2 billion.

The group benefited in particular from the good performance of its mid-range smartphones but also “premium” with the launches, during the summer, of the Galaxy Note 20 and Galaxy Z Fold 2 devices. This boosted the profitability of its mobile division, up 52% ​​year on year.

In all, the group has sold 88 million smartphones in the last three months. This should allow him to recover his crown, while his Chinese rival Huawei had become the world leader, in terms of sales of smartphones, during the second quarter. Samsung has also taken advantage of the woes of its competitor, engaged in a standoff with the American authorities.

For a year and a half, Huawei is in the sights of Washington which suspects him of spying on behalf of Beijing. And the White House has implemented sanctions aimed in particular at preventing the Shenzhen firm from sourcing semiconductors from foreign groups.

As a result, Huawei recently rushed to build up reserves – nearly six months of stock in advance, according to it – and placed large orders with Samsung. Regarding 2021, Samsung ” anticipates a recovery in aggregate global demand “. An optimism punctuated by a reservation concerning the ” possibility of recurrent epidemic waves of Covid-19 “.