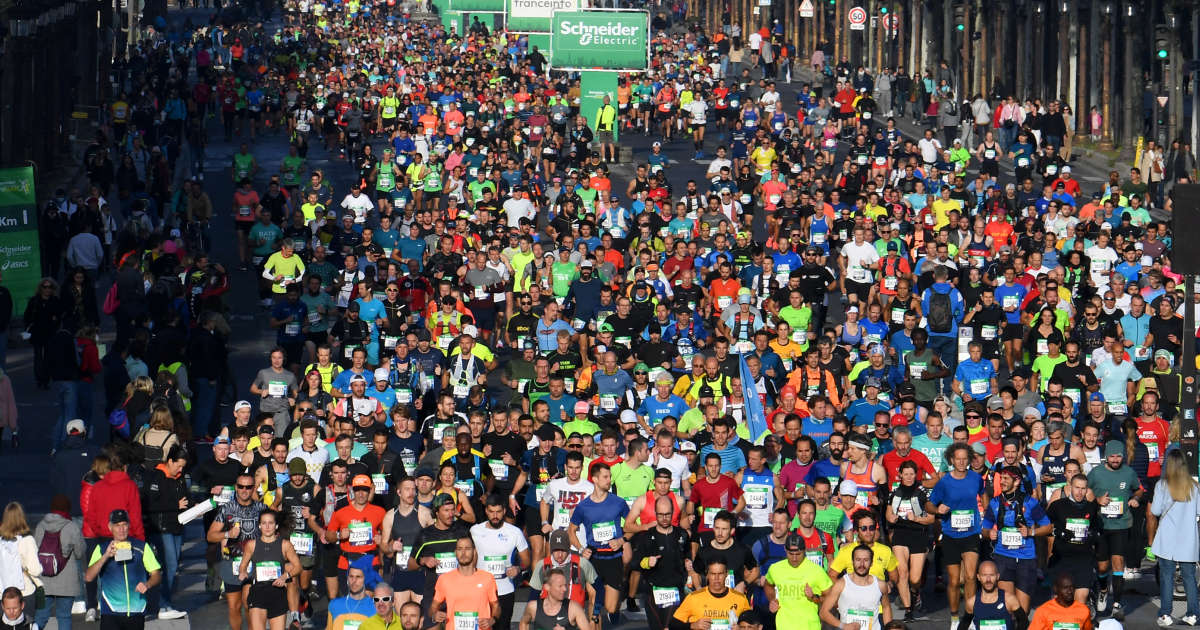 The Kenyan Elisha Rotich won this Sunday, October 17 the Paris marathon under a bright sun, in 2 hours 04 minutes and 21 seconds, while among the women it is the Ethiopian Tigist Memuye who won the race, in the absence of the big names in the discipline.

Thanks to this time, Rotich, 31, improves the record of the Parisian event, held since 2014 by the Ethiopian Kenenisa Bekele (2h 05 min 04 sec).

Ethiopian Hailemaryam Kiros and another Kenyan, Hillary Kipsambu, finished second and third, respectively 20 and 22 seconds behind the winner.

In the ladies’ category, a trio of Ethiopians climbed the podium, Tigist Memuye taking the lead in 2 hours 26 minutes and 11 seconds, ahead of Yenenesh Dinkesa (2h 26 min 14 sec) and Fantu Jimma (2h 26 min 21 sec).

The best Frenchman, Yohan Durand, completed the race in 15th place in 2h 09 min 21 sec, winning the title of champion of France.

Thirty months after its last edition in April 2019, with two postponements and one cancellation in 2020, then a date set for the fall rather than the spring in 2021, the Parisian event has allowed tens of thousands of fans to return to the Parisian asphalt, subject to presenting a sanitary pass and wearing a mask in the starting area.

Part of the Champs-Élysées, the 42.195 km long event led the runners to the east of Paris via Opéra and the Bastille to the Bois de Vincennes, before returning west via the quays of the Seine to the Bois from Boulogne and on arrival Porte Dauphine.

In the absence of the title holders, the Ethiopians Abrha Milaw and Gelete Burka, the Kenyans Nicolas Kirwa and Joel Kimurer, quick in Milan in May (2:05:01 and 2:05:19), for the men, and the Ethiopian Sifan Milaku and Kenyan Antonina Kwambai, among the ladies, were favorites.

In the men, the race was played between Kenyans, with Hillary Kipkoech, Pius Kirop Maiyo and Cornelius Kangogo as leaders at the start, until the 35th km where their compatriot Kipsambu accelerated, dragging Rotich in his wake.

The 30-year-old, whose only result this year was a 10th place in the Milan marathon in May, tore off in the final to gain two minutes over his Milan time (2h 06 min 44 sec).

READ ALSO> Paris Marathon: blind, I’m a runner like any other

He also improves his personal best, which so far was 2:05:18, achieved in Amsterdam in October 2019.

In the ladies’ race, it was Keyane Sharon Kemboi, 37, who led the proceedings almost from start to finish, taking the lead from the start. Bronze medalist in the 2011 Worlds marathon, titled in Boston in 2012, the veteran then completely cracked at the 35th km, where the Ethiopian armada took over.

Tigist Memuye, 31, however, did no better than the Geneva marathon last May, which she finished in second place in a time of 2h 24 min 23 sec, her personal best.