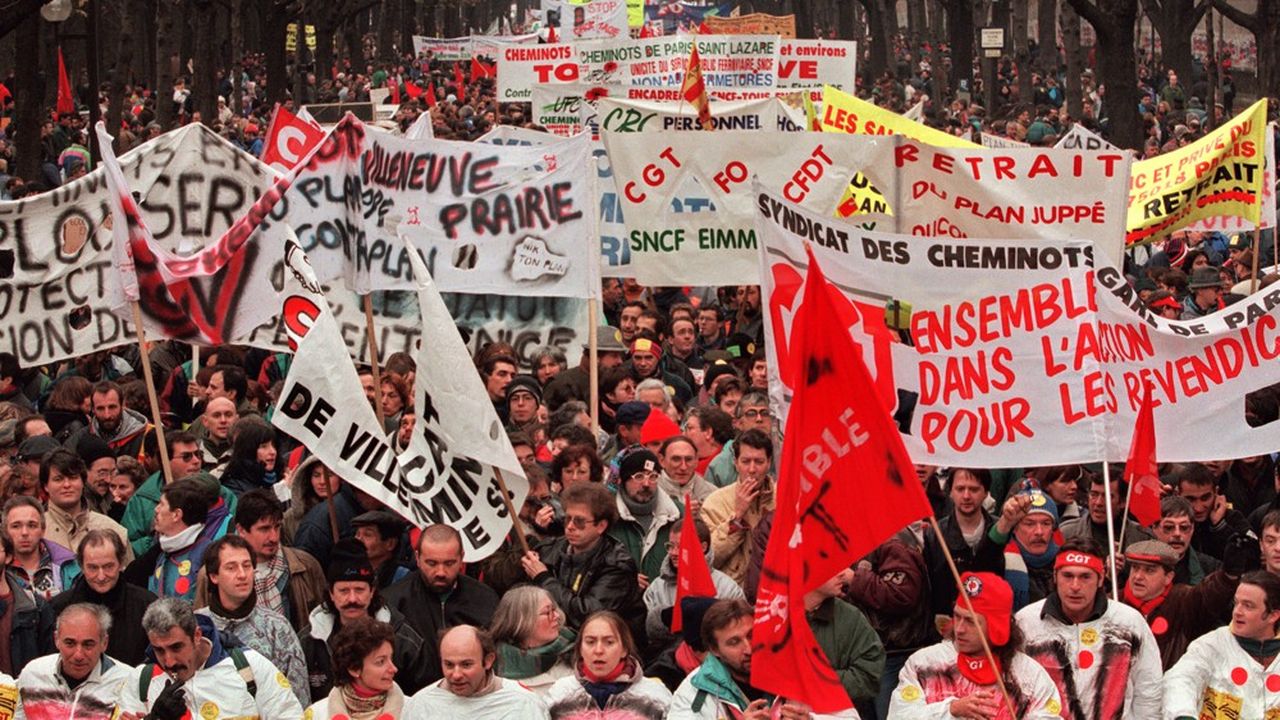 It was just over a year ago, in the home stretch of Emmanuel Macron’s first five-year term. The latter, after the attempt to reform the pension system blocked by the Covid epidemic, announced that he wanted to put the work back on the job.

He then had two priorities: raise the minimum pension to 1,100 euros and abolish special schemes, whose more favorable retirement conditions cost 1.8 billion euros each year, according to a report by the Court of Auditors of 2019. The premiere is still on the agenda. On the second, however presented by the executive as both a measure of social justice and a source of significant savings, it is however today radio silence.

The executive’s priority is clearly given to raising the legal retirement age and the number of quarters required to leave at full rate. The time is no longer – for the moment at least – to advocate an alignment of the starting age of special schemes with common law.

If the representatives of the CPME put the subject back on the table at the meeting on retirement with Olivier Dussopt on Monday, the Minister of Labor was careful not to raise. The controversy focuses on the calendar, with the threat of an amendment to the Social Security financing bill on which the unions are shooting on sight.

The reform of the special pension schemes has however already been seriously blunted since the opening of the file at the end of 2017. After bitter discussions, in 2019, the grandfather clause had ended up being granted, that is to say maintenance of benefits until the end of their career for all employees already covered by a special scheme when the reform comes into force. A system applied to the SNCF since the end of hiring under status, in 2020.

Then President of the National Assembly, Richard Ferrand, since beaten in the legislative elections, even mentioned at the very beginning of spring 2022 a mysterious “great-grandfather clause”, implying an even slower transition than at SNCF. And the hour was no longer for the big night, the smallest regimes like that of the Opera, the sailors or the French Comedy being left aside.

Then government spokesman, Gabriel Attal had at that time displayed the target: the RATP and the electrical and gas industries (IEG). With, according to a connoisseur of the file quoting the general secretariat of the government, “the possibility of reforming them by decree, even if there is a legal risk given the number of references to these regimes in an incalculable number of laws, the most proper being, however, to do so by law”.

In any case, it is difficult to manage Parisian transport without touching the IEGs. But it is also difficult to do both. On the RATP side, it should be remembered that the conflict was particularly harsh in 2019 and that the professional elections that followed benefited those who had been at the forefront at the time, the departure of Unsa-traction to Force Ouvrière having makes FO the first union of the board. On the other hand, tampering with the benefits of gas and electric companies in the midst of an energy crisis would be to run the risk of adding a social crisis to the energy crisis. And to amplify the social movement that is looming.

According to several sources within the executive, it is thus very unlikely that in the context of a reform carried out by amendment to the PLFSS, the abolition of special regimes will be part of it.

How to decipher the evolutions of our time?

Ecological transition, inflation, political crises, innovative companies… The news, sometimes brutal or stimulating, is a reflection of our evolving societies. To understand these changes, “Les Echos” is a daily working tool. Thanks to our 200 specialized journalists, we support you every day to shed light on economic, political and international news. Our surveys, analyses, chronicles and editorials are all resources made available to our subscribers to fuel their strategic thinking and help them decipher the complexity of our times.

I discover the offers