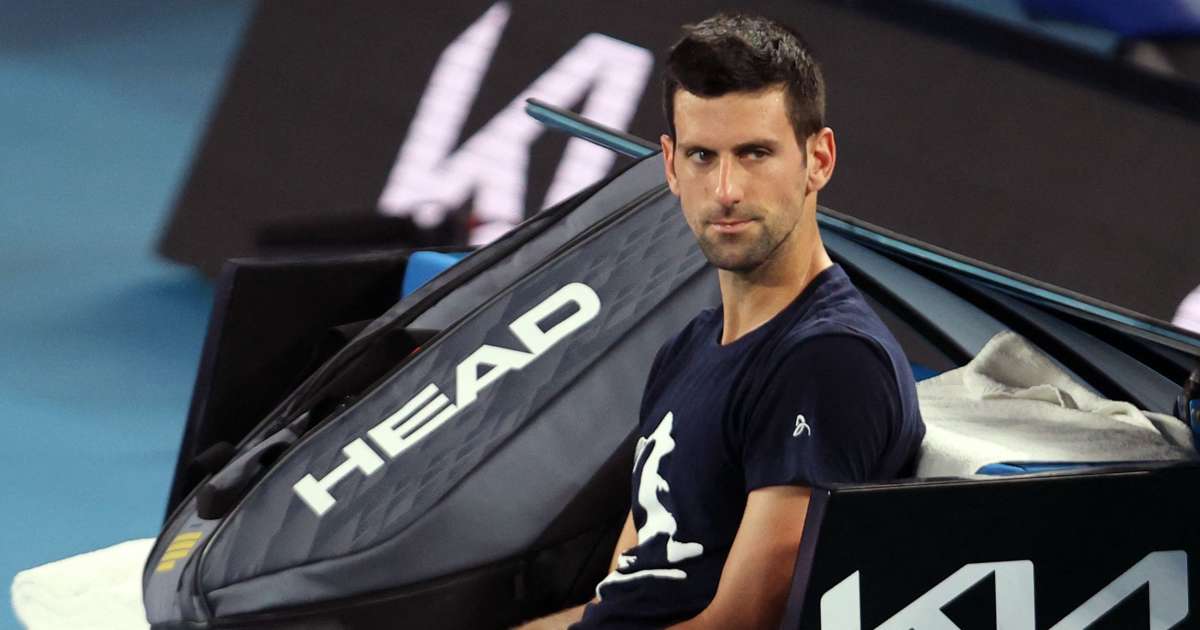 The Australian visa of tennis world number one Novak Djokovic, who wanted to enter the country without being vaccinated against Covid-19, has been canceled for the second time, Immigration Minister Alex Hawke announced on Friday January 14.

This decision was made “on health and public order grounds”, the minister said in a statement. It implies that the Serbian player, who was aiming for a record 21st Grand Slam title at the Australian Open which begins on Monday, will be banned from entering the country for three years except in certain circumstances.

10 things to know about Novak Djokovic, tennis champion… and the unvaccinated

Earlier, the Australian government said it would stand firm on the rule banning the unvaccinated from entering the country.

Novak Djokovic, who was hoping to claim a 10th title at the Australian Open which kicks off on Monday, has admitted to filling out his Australian entry declaration incorrectly, and failing to follow isolation rules after testing positive for the virus. Covid-19 in December. This cancellation should prevent the player from participating in the tournament, but he can still appeal this decision.

“Nole” had been deported on his arrival in Melbourne on January 5 and placed in a detention centre. But his lawyers won a resounding victory on January 10, getting a judge to reinstate his visa and order his immediate release. But Immigration Minister Alex Hawke threatened to deport the champion anyway under his discretion.

As the Omicron variant spreads in Australia, Djokovic’s behavior after he tested positive for coronavirus in Serbia on December 16 is coming under scrutiny. The player notably participated in public events, without a mask, on December 16 and 17 in Belgrade, but claimed that he did not yet know he was positive at that time.

Take advantage of the €1 offer for 3 months with google

In a long message published Wednesday on Instagram, he however recognized a “misjudgment” for having received, knowing that he was asymptomatic, the French daily “l’Equipe” for an interview on December 18.

Djokovic also pleaded “human error” to explain how a wrong box on his Australian entry form was ticked. This document shows that he attested not to have traveled in the 14 days preceding his arrival. However, he was in Serbia and then in Spain.