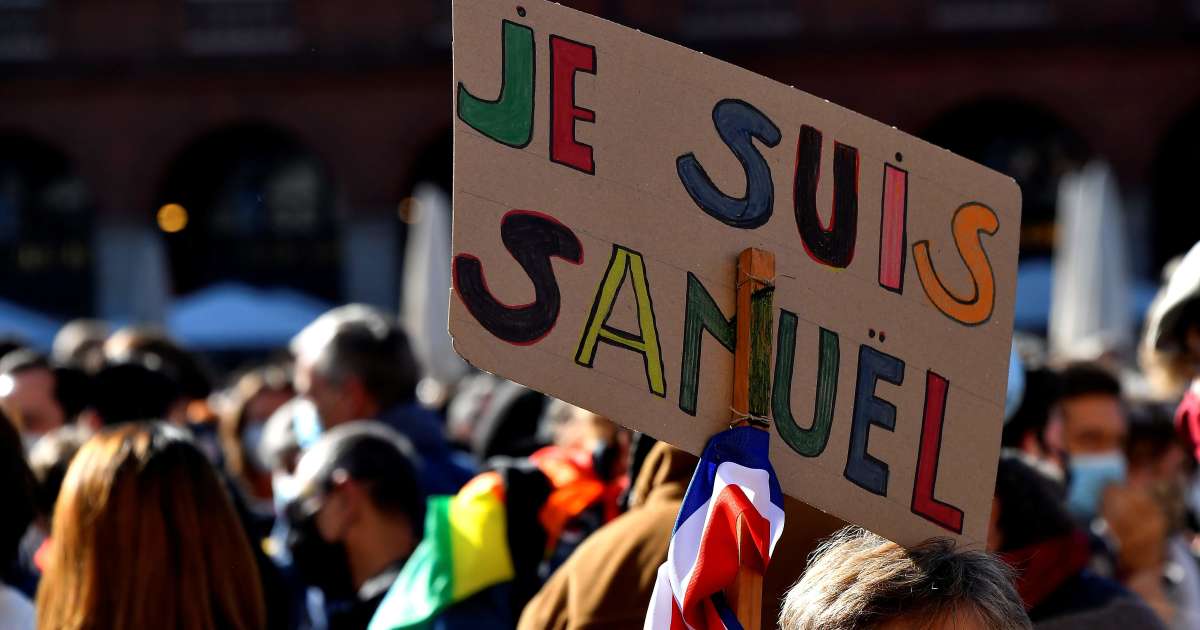 Who killed Samuel Paty? The history teacher of Conflans-Sainte-Honorine was not only slaughtered by Abdoullakh A., an 18-year-old fanatic, for having presented caricatures of Muhammad in fourth grade as part of a course on freedom of ‘expression.

If he died in unprecedented circumstances, it is because a schoolgirl, who had not even attended the lesson, claimed to be persecuted; that a father believed himself founded in claiming the suspension of the Voltairian teacher; that students took the liberty of harassing him; that a religious activist, unworthy of any prophet, called the teacher “Thug” on a viral video; that thousands of haters hidden behind the anonymity of social networks have peddled his insults; and that in our country there is enough accumulated intolerance for a self-radicalized jihadist to end up cutting the neck of an innocent person.

Pakistanis, Chechens … The new profiles of terrorism, by Olivier Roy

Islam before the Republic?

If Samuel Paty was beheaded and appears as a martyr for freedom, what he never wanted to be and never should have become, it is that part of the French who identify with the Muslim religion persist to place the imagination of Muhammad above Human Rights. That a fraction of our fellow citizens who have the good fortune to live under the regime of freedom of conscience and speech, claim to deny it to others. Professor beheaded in Conflans: “This story of caricatures agitated everyone here”

Insidiously breaking free from the republican pact, these believers without confidence release the violence of darkened spirits. The evil is deep, alas. On the front line, education is faced with a historic challenge. According to a recent IFOP survey for the Jean Jaurès Foundation, 74% of French Muslims under 25 say they place Islam before the Republic. While remembering Samuel Paty, it will however be necessary to teach them the spirit of the laws and finally to convince them of a simple and luminous idea: in democracy, government of the people by the people, the freedom of others guarantees mine.

If Samuel Paty paid with his life for his professional commitment, it is also because supposedly enlightened minds persist in blowing on the embers of violence in politics. In their eyes the suffering and injustices induced by our society can justify community regression. From their point of view, the struggle for the emancipation of minorities cannot succeed without some collateral damage. The absolute horror of Samuel Paty’s murder startled them.

Professor beheaded in Conflans: the terrorist had already been reported on Twitter

Let us congratulate ourselves that he did not find a voice to try to explain barbarism through sociology. However, certain comments from the tenors of the radical left suggest an embarrassment. They accuse the right of instrumentalizing the tragedy to better instruct the trial of all Muslims. Certainly. But this old dialectic also consists in shifting the debate to avoid calling into question. What does this communitarian left full of good intentions share with the madmen of Allah? Nothing except the certainty of having a higher truth and the project to change man. Samuel Paty’s very real martyrdom should encourage him to rethink his strategy. By shamelessly denouncing the iniquity of the Republic and finding improbable excuses for obscurantism, it undermines our universal motto: Liberty, Equality, Fraternity, whatever we may say …