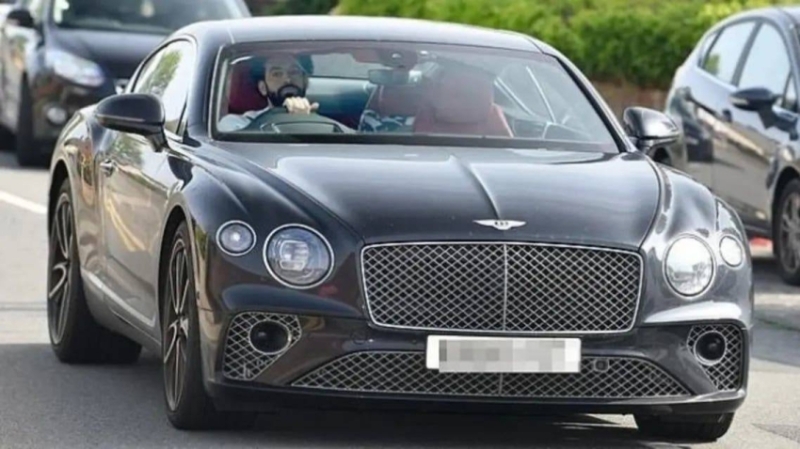 The British newspaper, “The Sun”, revealed the fleet of the English Premier League’s top scorer, Mohamed Salah, including a “modest” car that came with his beginnings.

A report monitored by the English newspaper “The Sun” and published on Saturday revealed that the “Bentley Continental GT” is the latest car that Salah recently owned. The value of the car is 214,000 dollars, and it is distinguished by its luxurious interior design, comfortable leather seats and a top speed of 340 km per hour.

The fans revealed “Bentley Salah” after the video clip of a child following Salah and the car to get a picture with him, but he hit a lamppost while running behind it, which made Salah stop to check on his condition and then take a picture together.

Reports indicated that Salah owns a Lamborghini Aventador, like Arsenal player Pierre-Emerick Aubameyang, and that car can reach 350 km per hour, the fastest in his group.

Salah’s car group includes two “Mercedes”, the first of the “AMG GLE E-coup” model, which he usually uses to go to training, and its price starts from 87,000 dollars, while the second is “SLS AMG”, which is one of the most expensive cars. Produced by the German company, its value starts from 235,000 dollars. Salah owned an “Audi Q7” after his return to the English Premier League again and his move from Rome to Liverpool, and its price is 72,000 dollars.