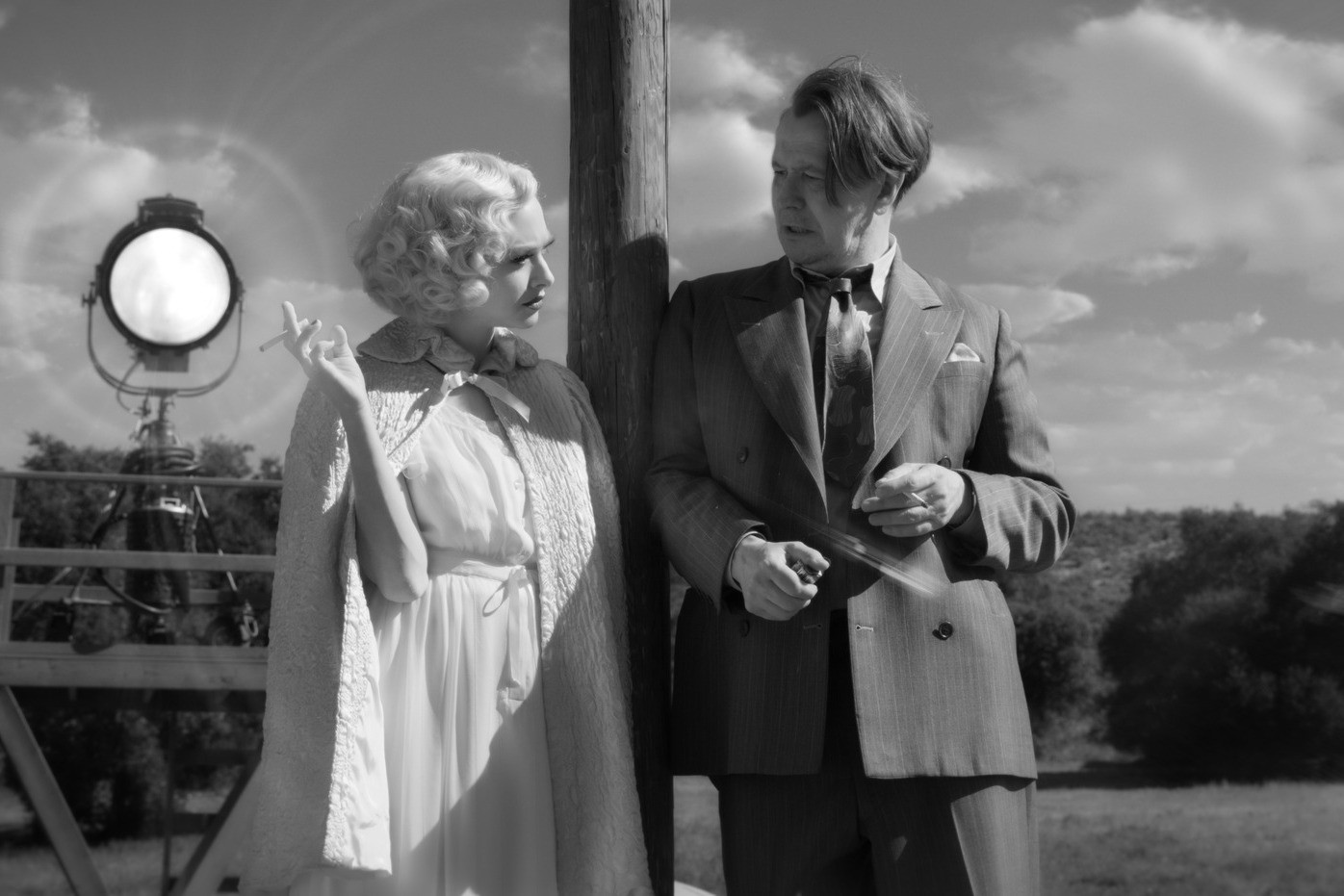 Who knows Herman J. Mankiewicz? Despite the notoriety of a name he shared with his younger brother, director Joseph L. Mankiewicz, this renowned and loud-mouthed screenwriter, figure of Hollywood studios at the time when his profession reigned supreme there, is remained for eternity in the glorious shadow of a masterpiece,Citizen Kane, and the cinematographic genius who made it, Orson Welles.

It is from this darkness, where many of his colleagues were relegated, that David Fincher exhumed him to make it, six years later. Gone Girl, the hero of this funny, brilliant, abundant and sometimes confusing film. Mank is both a style exercise that challenges some of the myths of the golden age of studios while borrowing its form – its luxurious black and white, its visual and sound universe – but also a film with multiple drawers in which the director, under contract with Netflix to produce series (House of Cards, Mindhunter), engages in a very personal reflection on the place of authors in Hollywood production and the power of its images.

So it’s no coincidence that Mankiewicz, played by the always impressive Gary Oldman, is the central figure in the film and not Orson Welles. The latter almost never appears in the image, too busy interpreting Shakespeare on the Broadway stages and taking care of the recent notoriety that has earned him the success of his adaptation of War of the Worlds on the radio. Having obtained in 1939 carte blanche from the studios for his first production in Hollywood, he hastened to delegate the writing work to the most iconoclastic of his screenwriters.

A screenplay co-written with his father

When the film begins, this one, already banned from the big studios for its excesses, barely recovers from a car accident caused by excessive alcoholism. He and his broken leg are locked up, under close surveillance, in a farm in the middle of the Californian desert, with the mission of completing the scenario in sixty days.

The memories of his personal relationships with the wealthy businessman, William Randolph Hearst, and his partner, actress Marion Davies, therefore come to the surface in the form of a flashback. And the role played by the latter in 1934, with the complicity of the leaders of the MGM, to discredit with false news the Democratic candidate for governor of California, the writer Upton Sinclair. It is in the fertile ground of his disillusions that Mankiewicz will draw to write his screenplay and test the power of his pen.

→ CRITICAL. The Upside Down Life of Benjamin Button

The idea of Mank started with a passion shared by David Fincher with his father, Jack, for Citizen Kane, and a controversial essay by the great film critic Pauline Kael, who claimed in 1971 that Mankiewicz was the only true author of the film. Fincher suggests to his recently retired dad – he was editor at the magazine Life – make it into a scenario. Several times revised and enriched, the project was unsuccessfully offered to the studios in the late 1990s and was put away in a drawer until Netflix agreed to finance its production.

Like nesting dolls, Fincher uses the Citizen Kane to plunge us into the arcana not always gleaming of pre-war Hollywood where the heads of studios, always in search of the film which will bring in the most money, are ready to do anything including to manufacture fake news to retain their power and their conservative worldview.

In an already twilight universe, marked by the economic crisis and the rise of fascism in Europe, Mankiewicz appears as a dilettante, brilliant and disillusioned, capable of inventing any story on the corner of a table – the scene where he improvises with his team in front of Louis B. Mayer a scenario not yet written is absolutely tasty – but which will pay dearly for its freedom and its casualness.

→ READ. Culture comes to us: our selection in times of reconfinement

The complexity of the story, the profusion of dialogues, the multiple references to the history and characters of this Hollywood of the 1930s can make the material of this film a little thick. Yet this false pastiche, with strangely contemporary resonances, is valid as much for the quality of its production as for what David Fincher – probably signing his most personal film here – is trying to tell us about cinema and the power of his imagination as it is used for propaganda or to make empires waver. When it was released, Citizen Kane will get only one Oscar, that of the best original screenplay.

1983. Begun as a special effects technician on films like Star Wars: Return of the Jedi or Indiana Jones and the Temple of Doom.

1984. Production of an advertisement on the dangers of tobacco in pregnant women that attracts the attention of Hollywood producers.

1985. The Beat of the Live Drum, first documentary film about a Rick Springfield concert.

1986. Creation of its production company Propaganda films and production of commercials and clips, for Madonna and Michael Jackson in particular.