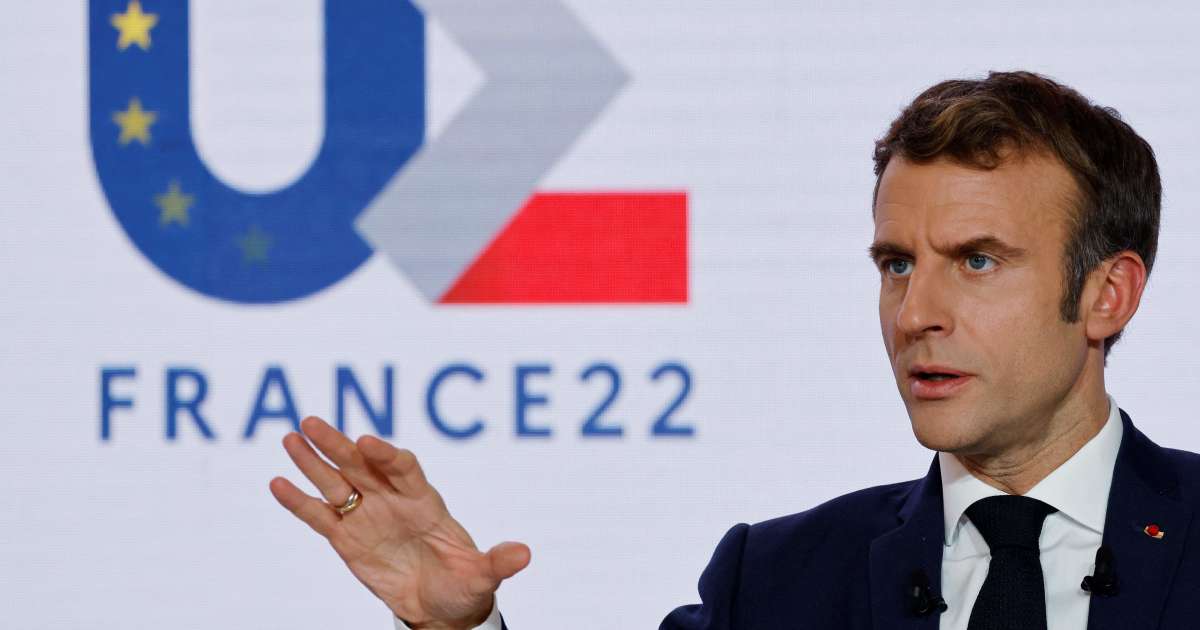 He first spoke of Europe and nothing but Europe. For an hour. During an introductory statement during which the Head of State explained at length his vision for the French presidency of the Council of the European Union (PFUE) which will begin on 1er January, for a period of six months. From the outset, Emmanuel Macron detailed his ambitions:

“If we had to sum up the objective of this presidency in one sentence, I would say that we must move from a Europe of cooperation within our borders to a Europe that is powerful in the world, fully sovereign. “

Anxious to display a determined and proactive face, the president referred to a reform of the Schengen area to better protect the borders of the EU, the reindustrialization of the Old Continent, the necessary quest for technological independence, the implementation of a carbon tax, creation of a fund to support investigative journalism … Europhile convinced, Emmanuel Macron finally said he wanted a more social and more Europe “Human”.

But the president knew it: the journalists present at the press conference were not going to confine themselves to this Brussels news. From the introduction of the question-and-answer session, he also slips:

“I will not dwell on questions of national policy but, of course, if there are any, I will not dodge them. “

And the national subjects did not delay. The second question first related to the strange combination of functions to come, he who will soon be President of the Council of the EU and at the same time a candidate for his re-election in France. “We did not choose the calendar”, he justifies himself. What if another French president is elected next April? “All the political forces in our country do not share our European agenda. Maybe the policy will change, but France will remain France. “ Between Europe and the countryside, will he find the time to govern France? He promises it:

“The mandate given to me by the French, I will exercise until the last quarter of an hour. “

“An invitation to the party”

With each new question on his very probable race for re-election, he uses the same method. He begins by affirming that he cannot express himself, before answering in a very detailed manner. Valérie Pécresse wants “Stop uncontrolled immigration” by changing the Constitution?

“I will not comment on these campaign topics, but I will not propose a constitutional change on the migration rules. It should not be made into a totem. Me, I am a pragmatist. “

A shot on Eric Zemmour, here:

“It is not for the President of the Republic to qualify or disqualify a candidate for the presidential election. It is for the sovereign people to choose. I will only say one thing: our country is an old country made up of fights, victories, defeats, which reinforce our values. Respecting France means respecting every French person. “

A slap on Jean-Luc Mélenchon, over there:

“Leaving the European Union? Good luck with the vaccines! I am proud to be European when I look at the health crisis. Saying “I love Europe but the treaties are no longer applicable here”, that does not take long. “

Then came the turn of a journalist to ask the last question. Two last questions, actually. One on the closure of nightclubs due to Covid. The other, above all, on whether he would finally formalize his new candidacy for the presidency of the Republic. Amused, as if he was waiting for this moment, the president did not hesitate to deliver a last issue of Actors Studio:

“I understood these last days that this question was sometimes obsessive, but this is the first time that we have combined discos and candidacy. I will obviously not answer this question, but it is normal that you ask it. I see it as an invitation to the party. I even take it as a mark of affection, a hidden desire, almost a call. “

And add ” more seriously “ : “My role is to continue to act in the service of our people, to preserve our unity. “” The promises are binding only on those who receive them “, said Jacques Chirac in his time. Another candidate for re-election.