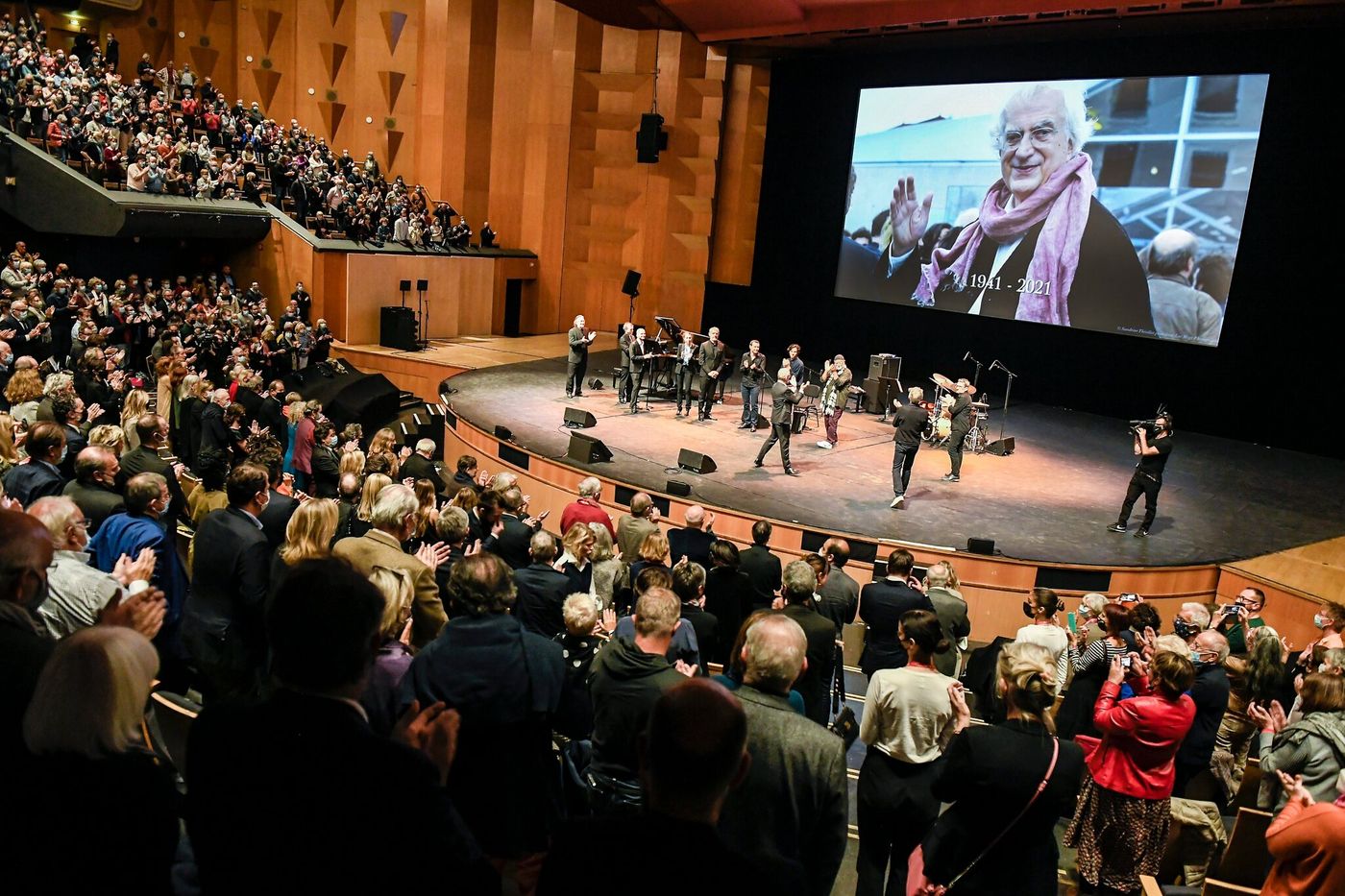 It was Bertrand (1941-2021). From the appearance, with this caption, of a huge photo of the filmmaker, seized in front of the Lumière Institute, which he had chaired since 1982, the Lyon public spontaneously stood up. A very long standing ovation saluted the memory of the native child. This popular fervor, Saturday evening, under the vast Tony-Garnier hall, for the opening of the Lumière Festival, the first without him, was repeated the next day, for the great tribute evening, concocted by Thierry Frémaux and the team of the Lumière Institute.

Once again, the 2,000 spectators of the Auditorium stood up several times to applaud for very long minutes this generous filmmaker-cinephile to whom everyone feels indebted for a debt of gratitude. The emotion of these moments of collective communion, in the presence of his children, Nils and Tiffany, will remain engraved in the history of the city of the Lumière brothers.

On stage, surprised by the crowd of the public, Thierry Frémaux, the great organizer of these evenings, wanted to say, joining this spontaneous choir: “Many of us have felt our lives change after seeing his films, having met him, listened to him. Mine was turned upside down after the press conference where he announced that he wanted to create the Institut Lumière and anchor Lyon on the world map of cinema. “

The collective fervor of this upsetting farewell

At the end of the montage film recalling the extent, the diversity and the lyricism of Bertrand Tavernier’s films, again “The people of Lyon” stood up to applaud without stopping. Wave of emotion that did not weaken, like a reminder that would never end. A moving farewell in which so many mixed feelings were expressed to thank, all together, this bulimic and insatiable cinephile who loved to share his enthusiasm with the public.

Interspersed with film extracts, musical tributes with the singer Jeanne Cherhal, the jazz trio Henri Texier, this evening was also nourished by testimonies. Gérard Jugnot recalled that Bertrand Tavernier had made the Jugnot-Clavier-Lhermitte trio debut on screen. “For me, it was thanks to him that the party started. “

Three of its actors, Jacques Gamblin, Samuel Le Bihan and Raphaël Personnaz, came to read the first pages of Briefs unfinished works that Bertrand Tavernier wrote before his death. They are devoted to the announcement of the death of Didier Bezace, then to the too long list of the missing who surrounded him. An accordionist played the sublime waltz of the guinguette d ‘Sunday in the countryside, composed by Philippe Sarde and interpreted by Marc Perrone, unfortunately absent for health reasons.

A tireless swordsman, a distraught admirer

Thierry Frémaux also recalled all the citizens’ struggles (against the double penalty, the relegation to the suburbs of underprivileged populations, misery in the North) and professional (against colorization, for copyright and the protection of works, for the ‘cultural exception) of this indefatigable swashbuckler who coexisted with the distraught admirer of filmmakers, writers, musicians, always ready to make them known and defend them, even in the most remote places. How could he not end this evening with the vibrant love letter (“To you, my life. “) written by the late Jean Cosmos, which concludes his masterpiece, Life and nothing else ?

The melancholy and fervent opening of the 2021 edition also inducted Irène Jacob, elected new president of the Lumière Institute and of the Lumière Festival. His first words in public were to greet “The immense legacy left to us by Bertrand Tavernier. It is up to us to bring him to life in this House of cinema that he had dreamed of, founded, with unparalleled self-sacrifice and friendship. The filmmaker placed his camera at the place of the heart. Bertrand Tavernier remains formidably, passionately present. He will remain lovingly present. “

The program until October 17

One hundred and fifty films and documentaries in 39 cinemas in Lyon and the Metropolis.