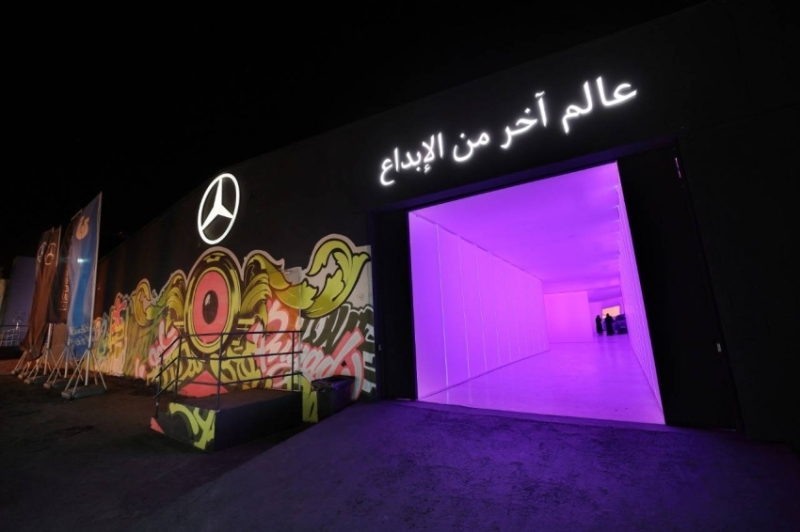 Ibrahim Juffali & Brothers Automotive Company, Mercedes-Benz car dealerships in the Kingdom, continued its distinguished presence in supporting and sponsoring the most prominent events and events taking place in the Kingdom, as a contribution to supporting the social, cultural, economic and sports movement that our country is witnessing in response to the positive spirit broadcasted by Vision 2030 in various areas of life. From this standpoint, the company attended as a main partner and sponsor of the Saudi Design Festival, which is organized by the Architecture and Design Authority in the Diriyah region in Riyadh, which includes a series of meaningful and valuable events that interest design lovers, amateurs, specialists and workers in this field, and the festival continues until January 29th, The company’s participation was not limited to sponsoring the festival, but also attended through its distinguished pavilion, which witnessed distinguished events such as the premiere of the eco-friendly Mercedes-EQS electric car, in line with the idea adopted by the Kingdom, especially in the new cities that are built based on vehicles with low emissions to zero from Carbon, which will be launched in the Saudi market this year.

On this occasion, the Head of Marketing and Development Department at Ibrahim Juffali and Brothers Automotive Company, Bassem Wali, said: “The company’s sponsorship of the Saudi Design Festival is an extension of the company’s support for the art of design through its sponsorship of many events in the past years, and this year, in addition to our presence as a partner and main sponsor of the festival. We were keen to implement a distinguished pavilion for the company inside the festival area, which included many distinguished Mercedes-Benz cars, as we were keen to have the first show of the Mercedes-EQS car, in addition to other new cars launched by Mercedes-Benz recently.”

Wali welcomed all visitors to the festival at the Ibrahim Juffali & Brothers Automotive Company booth, stressing that all members of the company’s team present at the festival will be happy to answer all inquiries and receive suggestions.