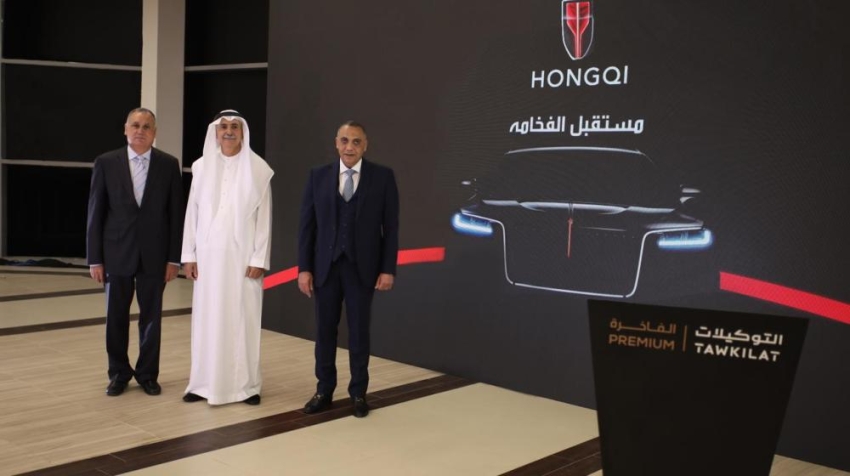 International Luxury Car Agencies, one of the leading companies in the Saudi auto market, launched the Honshi brand in conjunction with the opening of the new Honshi branch in Jeddah on a total area of ​​9300 square meters, which includes a showroom and a center for maintenance and spare parts. It also revealed the arrival of a group of luxury Honshi models to the Kingdom. This will be the first of four centers that the company will open during the months of April / May 2021 in Riyadh, Madinah and Khobar.

Commenting on the launch of the Honshi brand and the opening of the new branch, His Excellency Eng. Mohamed Salah El-Din Abdel-Gawad, Chairman of the Board of Directors of International Automobile Agencies, said, “I would like to thank Fao Group Corporation for their confidence in us, which culminated in this step, which represents a continuation of our strategy based on offering The best categories of luxury cars, and in our turn, we will work to mobilize our full energy to strengthen the company’s presence in the Kingdom to make Honshi one of the most important brands that global luxury car agencies sell.

In his turn, Mr. Yang Dayong, Chairman of FAW Group Import and Export Company Ltd., said, “Global Automobile Agencies have a history of more than seventy years in the sale and service of cars and their network of branches spread across the various cities of the Kingdom. Middle East This partnership came between us to pave the way for introducing the new category of these cars to fulfill the slogan “Chinese luxury class in the Kingdom of Saudi Arabia”

In the meantime, global luxury car agencies and the Chinese FAW Group revealed the following models:

This luxury full-size model has two engines; One of them is a 2.0-liter turbocharged engine with 248 horsepower, and a maximum torque of 380 Newton meters. The second is a 3.0-liter V6 engine with a 278-meter, super mechanical direct injection, 400 horsepower maximum torque, and a seven-speed dual wired transmission. This model represents the design that is characterized by the uniqueness and fluidity of the exterior structure, in addition to the smooth red frame and the classic cascade-like front bumper, which all suggest a wonderful and striking appearance, not to mention the wonderful side parts with lines extending from the headlights to the rear side that is topped by a glass panel Behind me, with a background that combined modern technologies and elements of traditional Chinese culture.

This mid-size model features a 1.8-liter turbo engine, 178 horsepower, a maximum torque of 250 meters Newton, and a six-speed automatic suspension system, as well as a modern dynamic design, a cascade-like front bumper grille and a wheelbase that is the largest in its class and complements the sporty design, which add an advantage. Driving comfort, with eagle-inspired headlights spreading its wings along the front, reflects the luxury of this model.

This model is characterized by the prominent symbol in the shape of a flag and the red frame in the center of the front grille, giving it a visually dynamic effect, and the crystal headlights in the form of a letter add C A sense of luxury and technology on the model, in addition to the seven full-size seats, with a 2.0-liter V6 turbocharged engine with 337 horsepower, and a maximum torque of 445 Newton meters. And an eight-speed manual suspension system.

This light and sporty model is equipped with a 2.0-liter turbo engine with up to 224 horsepower, a maximum torque of 240 Newton meters, and a six-speed automatic suspension. This model symbolizes modernity and unique appearance with its front façade, which appears in the form of flowing waterfalls surrounded by a stretch of crystal lights in the form of a letter U, With a red frame extending from the grille to the back. This model is also characterized as a combination of technology and comfort in driving on the road thanks to advanced specifications and improved four-wheel drive.