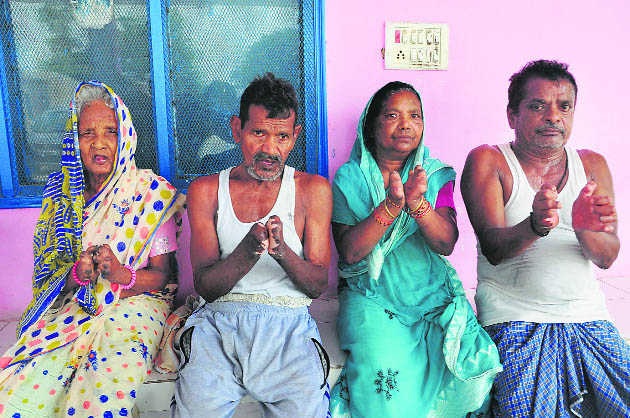 India needs to take special measures to ensure economic security for people with leprosy as situations like the ongoing COVID-19 pandemic have jolted the ostracised community, making them rely merely on handouts to survive, WHO goodwill ambassador against the disease Yohei Sasakawa has said.

Like always, people with leprosy had been ignored during these trying times and not many had come forward to check on their well-being, said Sasakawa, who was awarded the Gandhi Peace Prize in 2019 for his fight against leprosy, especially in India.

“People affected by leprosy in India and many other countries are often economically vulnerable. Many are increasingly in need after having lost their source of income because of lockdowns or restrictions on movement associated with the spread of coronavirus. India needs to take special measures to deal with this, ”Sasakawa told PTI.

Stating that India may have intensified its vigil against leprosy but its efforts to trace cases in the hinterland, particularly people in the mountain areas, were not sufficient. Sasakawa has rhetorically stressed that the government should bring leprosy-affected people into the mainstream and get them treated.

“It is important to do more to raise social awareness so that everyone, whether they live in hard-to-reach areas or are not part of mainstream society, have access to diagnosis and proper treatment,” he said.

According to the World Health Organization (WHO), India has the highest number of new cases of leprosy in the world annually, followed by Brazil and Indonesia.

India officially eliminated leprosy, an infectious disease caused by mycobacterium leprae, in 2005 by bringing the prevalence rate below 1 / 10,000 at the national level.

However, it has not been able to eradicate the disease despite having it as a national target.

According to the WHO, eradication refers to complete and permanent world-wide reduction to zero new cases of the disease through deliberate efforts.

New cases have been reported from several parts of India, especially the rural belts of Bihar, Lakshadweep, Dadra and Nagar Haveli. All cases were attributed to late diagnosis.

According to Sasakawa, leprosy was for a long time treated as a special disease, with diagnosis and treatment taking place at specialised hospitals and this contributed to discrimination.

Discrimination was usual for them; situation got tough when they were not heeded during the problematic situations such as coronavirus pandemic, he said.

“Lack of people’s willingness to give them employment during normal time gets worse when people from such community do not even receive any help from the government during pandemic type situation,” he added.

His Nippon Foundation has been providing emergency assistance to organizations of persons affected by leprosy in 18 countries, including India, to improve their situation.

“Our sister organization in India, Sasakawa-India Leprosy Foundation (S-ILF), is actively raising funds to provide emergency assistance such as food and daily necessities to residents of leprosy colonies and ameliorate the impact of the coronavirus,” Sasakawa said.

“S-ILF also recognizes the importance of education to empowering persons affected by leprosy and is operating online classes to keep up the academic abilities of students whose schools have been closed because of lockdowns,” he said.

The Nippon Foundation in collaboration with the Union Ministry of Health and Family Welfare has also prepared a flip chart that will help ASHA workers in the country to navigate and help disseminate correct knowledge about leprosy to households.

“By 2022, the flip chart will have been distributed to ASHA workers in six endemic states: Gujarat, Chhattisgarh, Bihar, Odisha, West Bengal and Jharkhand. Since the flip chart uses a lot of drawings and photos, and is designed in a way that anyone can understand, we hope it will prove effective and lead to early detection in as many cases as possible, ”Sasakawa said.

Sasakawa has helped establish the Association of People effected by Leprosy and led several advocacy programs in India.

His latest initiative is raising pension for those living with severe disabilities and working for improving their living environment.

“Until 15 years ago, the major focus was eradication of leprosy. But now another problem has come up and it is the stigmatisation of leprosy patients even after they get cured. Many in the society are not ready to accept them, ”Sasakawa said.

The 82-year-old social entrepreneur said it was important for India to focus more on leprosy eradication programs.

The government initiated the leprosy control program in 1955 which was revised as the National Leprosy Eradication Program (NLEP) in 1983. PTI