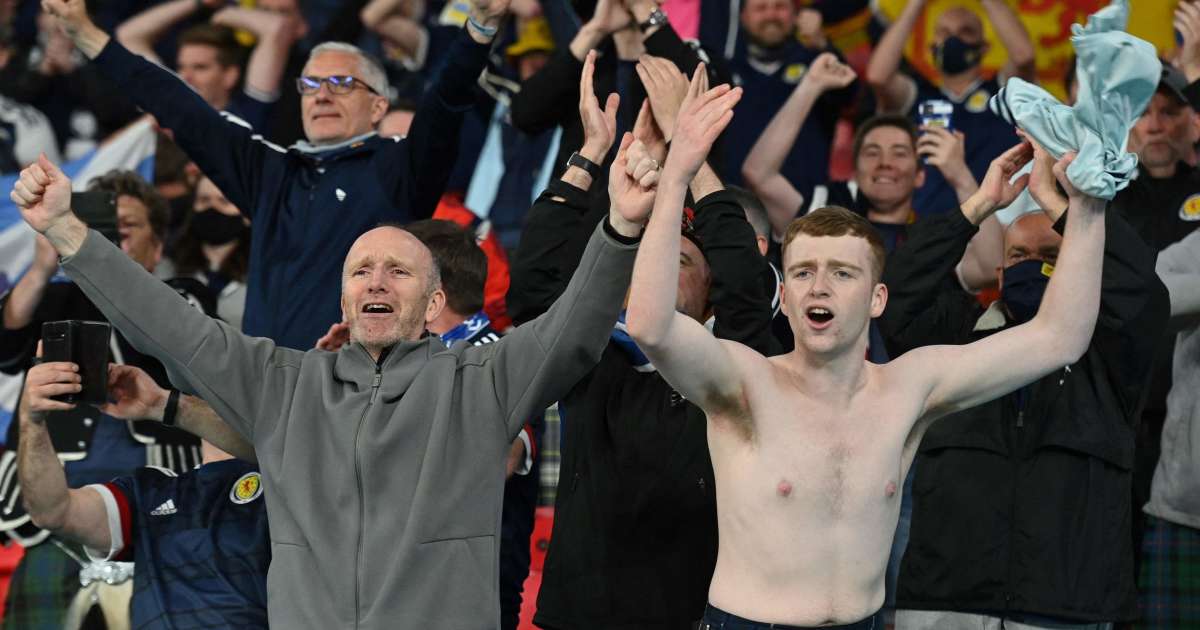 Up to what point the movements of supporters during the Euro matches have been able to promote the circulation of the Covid-19? According to a report by the Public Health Scotland agency in Scotland published on Wednesday, June 30, 1,991 of the 32,539 Scottish residents who tested positive for Covid-19 between June 11 and June 28 had attended at least one event linked to the Euro .

Among them, two-thirds had traveled to London for the England-Scotland match on June 18, including 397 supporters present in Wembley Stadium. Presence in a bar is also well listed (34%) among these cases.

As the BBC points out, Scotland had only distributed 2,600 tickets to attend the match within the stadium due to restrictions to fight the epidemic. But tens of thousands of fans have reportedly traveled to London despite the recommendations.

Public Health Scotland specifies that the positive cases were labeled as linked to the Euro if people had attended organized (stadium, fan-zones) or informal (pubs, private gatherings) events.

Those who visited the fan zones represent only a small number (55) of the recorded cases.

“The Delta manages to sneak”: immunity put to the test of the new variant

Approximately 90% of recorded cases are men, and three quarters are between 20 and 39 years old.

The Covid-19 epidemic, and in particular the Delta variant, which is the cause of increased contamination and which has become the majority in the United Kingdom, has caused concern to the organizers of the Euro. But despite death records in St. Petersburg, the quarter-final scheduled in the former Russian imperial city will take place, organizers said Monday.