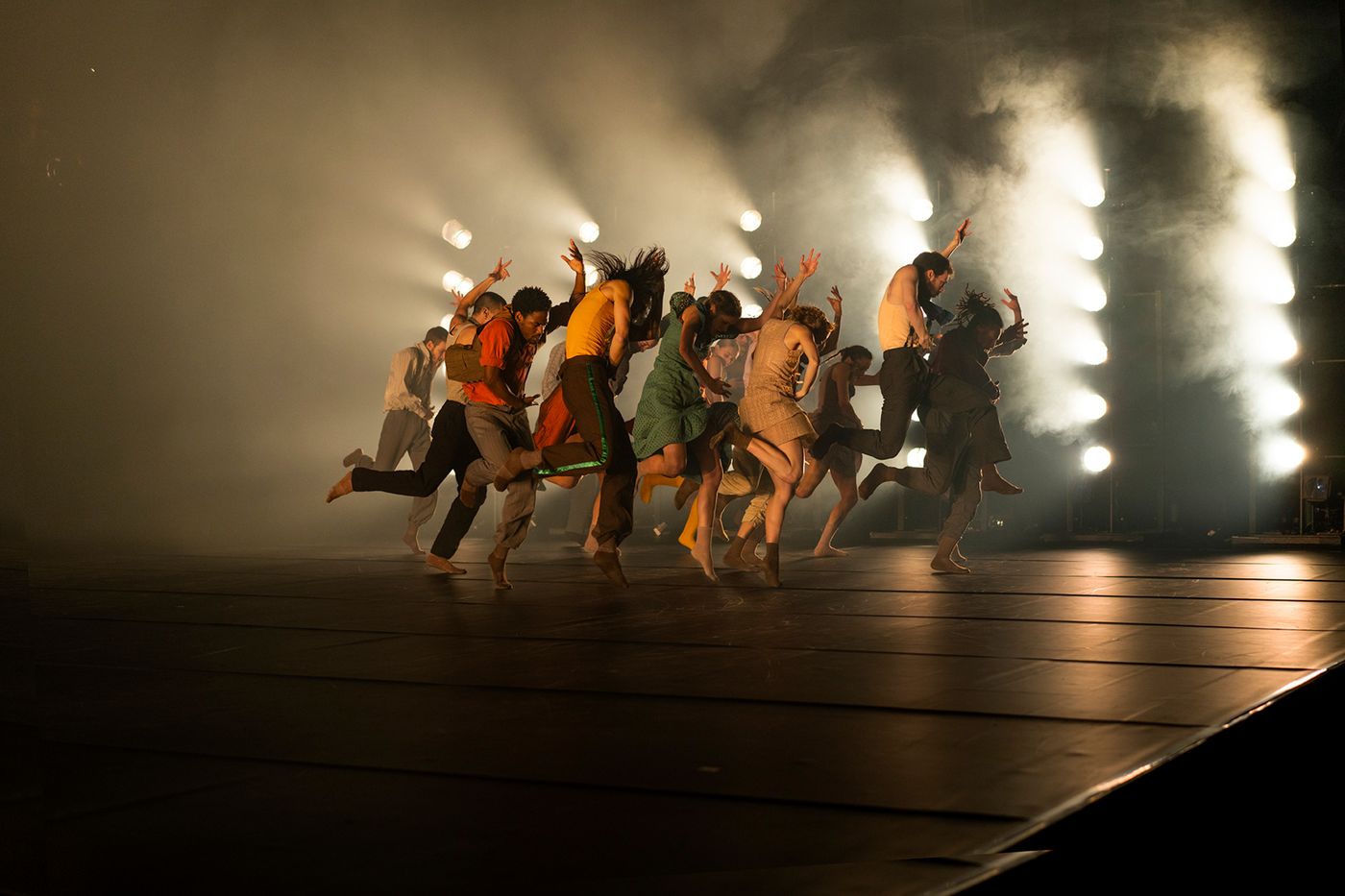 A serious fall jeopardizes the career of Élise, first dancer of the Paris Opera ballet. She could be forced into a two-year break, or worse: “I am 26 years old, now is the time for me to dance, is she alarmed. Otherwise I will never be able to dance again. » His injury during a performance of The Bayadere owes nothing to chance. Just before going on stage, she surprised Julien, her lover, in the arms of Blanche, another dancer. Yann, Élise’s very involved physiotherapist, betrayed by Blanche, urges her to “to rebuild oneself, to find one’s symmetry, one’s center”, to resume its activity.

Élise’s father does not hear it that way. This lawyer devoid of interest in his daughter’s art had advised her to study law and is sorry for a professional life based on the body which inevitably ends early: “You have to have two lives. The spirit remains awake until the end. » Forced to stop dancing at 18, the fiery Sabrina invites Élise to “to change paths and dreams”. She drags him into the food truck of her friend Loïc who has to cook for an artist residency in Brittany. When its director, Josiane, welcomes the contemporary dance company of choreographer Hofesh Shechter, Élise feels brought back to her starting point: the terrible frustration of no longer being able to dance.

Passionate about contemporary dance, Cédric Klapisch filmed a classical ballet at the Mariinsky Theater in Saint Petersburg in Russian dolls in 2005 and devoted a documentary to Aurélie Dupont in 2010. Having made several recordings for the Paris Opera, he became friends with Hofesh Shechter. He also co-signs Say thank youa short four-minute viral film, a message of support from the Paris Opera Ballet to caregivers and all professionals mobilized during the first confinement.

It was then that all the stars aligned to write the fictional film about dance that the filmmaker had been thinking about for two decades. But he must find his interpreters: “I wanted it to be dancers performing and not actors dancing (or pretending to dance like Natalie Portman in black swan…)”, he explains. His choice falls happily on Marion Barbeau, first dancer at the Paris Opera, mastering both classical and contemporary registers, who reveals in front of her camera her talents as an impressive natural actress. Several dancers, including Hofesh Shechter, play themselves on screen.

The celebration of bodies full of vitality

Chronicle of a reconstruction, In body places the dance at its center, filmed with fluidity in the superb light of the director of photography Alexis Kavyrchine, awarded a César for Goodbye idiots by Albert Dupontel. The film takes the time to capture the beauty of the movements and bodies in dance. It magnifies the emotions expressed by these artists, while delivering reflections, which may appear candid to insiders, on the more airy classic with heroines with tragic trajectories and the more earthy contemporary. To Élise, crushed by the feeling of her fragility, Hofesh Shechter replies: “Contemporary dance is not perfection, doubts and fears are interesting. »

In body celebrates with jubilation the young and vital bodies of the dancers in their training, their rehearsals and on stage, but not only. In an exhilarating sequence, members of Hofesh Shechter’s company play in the gusts of wind atop a cliff. If it does not escape a few conventional ideas, such as parent-child misunderstandings and the need to express one’s love, the film succeeds in combining dance and comedy. Around Marion Barbeau, perfect as a white clown, François Civil, Denis Podalydès, Souheila Yacoub, Pio Marmaï and Muriel Robin contribute to the perfect balance between humor and pure moments of grace.

1975. Birth of dancer and choreographer Hofesh Shechter in Jerusalem.

2004. first creation, Cult. The piece announces his work to come: an eruptive and spectacular dance which combines the rock accents of a music he composes himself and the heritage of Israeli folk dances.

March 2022. Entry into the repertoire of the Paris Opera from Uprising and In Your Rooms (until April 3. Info: www.operadeparis.fr) and Contemporary Dance 2.0, creation at the Théâtre des Abbesses (from March 31 to April 10: www.theatredelaville-paris.com).