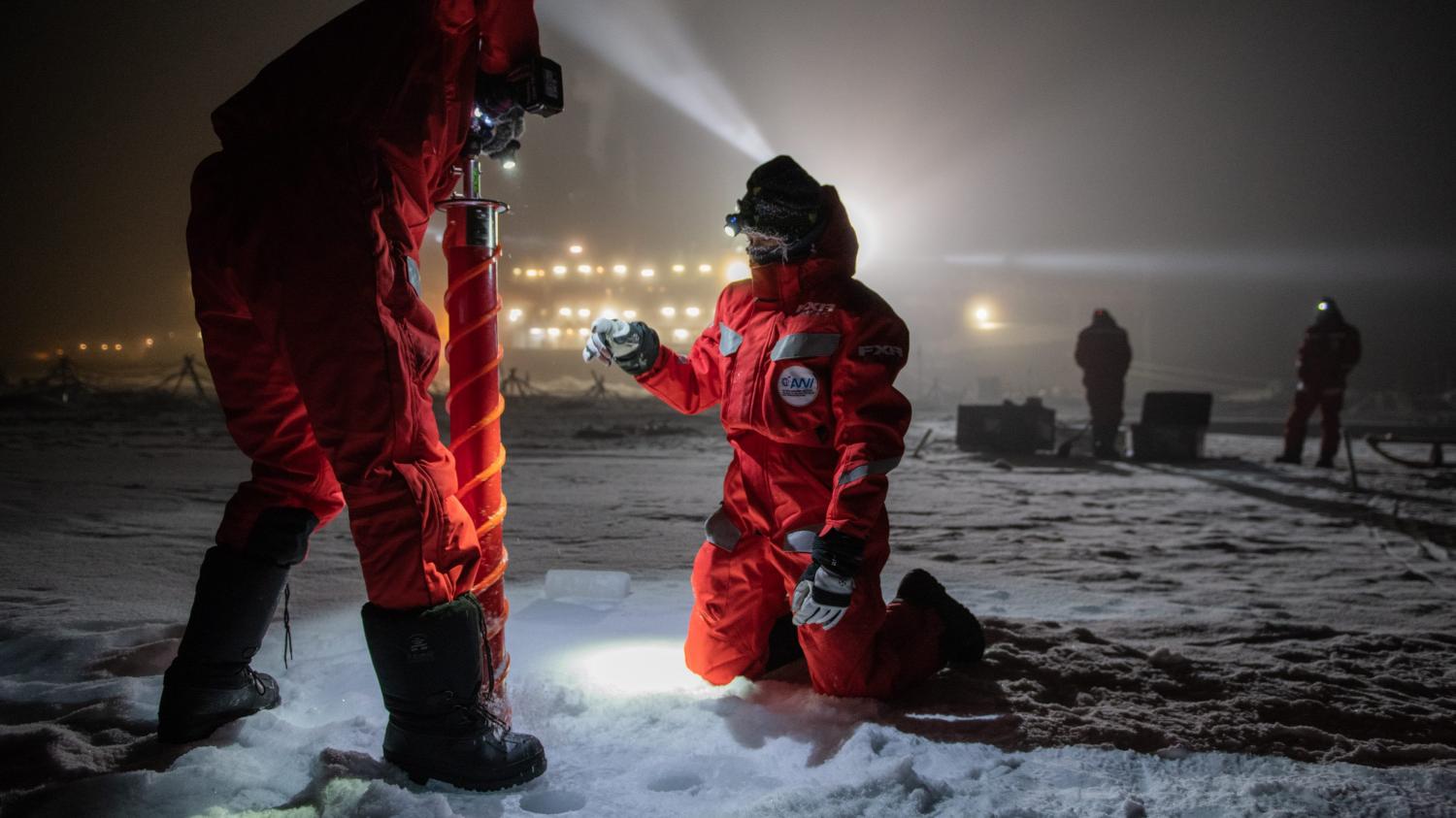 The largest scientific expedition ever to the Arctic, comes to an end. for a year, scientists took turns monitoring the melting sea ice. And the result is “spectacular”, according to Éric Brossier. “There is less and less multi-year ice, that is to say ice that withstands the summer melt.”

For the past year, several hundred scientists from all over the planet have taken turns studying the melting sea ice caused by global warming on board the Polarstern icebreaker of the German Alfred-Wegener Institute. The Mosaic mission is the largest scientific expedition ever to be conducted in the Arctic and it ends on Monday, October 12. “The machine is racing, that’s for sure”, declared on franceinfo the explorer Éric Brossier, who took part in this expedition.

franceinfo: What was your role in this mission?

Eric Brossier: I was a member of the security logistics team for five months. I took part in this great expedition aboard the Polarstern icebreaker to supervise the scientists, assist them, ensure that they are well equipped, that they work in the best conditions for a good harvest of data. And then, we are in a territory where we can meet bears so we are the eyes, we watch, we watch around the teams working on the ice.

Yes quite. We had children when it was already seven years that we went through wintering, summer missions aboard our vagabond sailboat in the Arctic. Of course, that was their playground. For most of their lives, our two daughters grew up mainly on the ice. The first one really learned to walk on the ice floe.

Are the effects of global warming visible to the naked eye?

Yes, that is to say that if we take a little step back from previous years, it is obvious.

For example, this expedition was based on drift. It is the wind that generates this drift, more than the currents. And the drift was three times faster than the previous expedition that inspired Mosaic and his whole team, which was led by Norwegian Fridtjof Nansen just over a century ago. Éric Brossier, member of the Mosaic missionto franceinfo

Three times faster. This gives an idea already how fast the drift has increased. So that’s the fragility, the fineness of the ice today which explains why this drift is much faster.

Does that mean that the ice floe becomes a kind of Gruyere?

Yes, in summer the melting is spectacular, that’s for sure. There is less and less multi-year ice, that is, ice that is resistant to summer melt. So we actually have a lot of holes.

They say that the ice floe is the epicenter of global warming. Does that mean that this is where the effects of warming are most directly measured?

I don’t know if it’s the most direct, but it’s undoubtedly the greatest variations in temperature, the most spectacular, they are quite simple ecosystems, in the end, compared to temperate or tropical regions. And suddenly, the slightest change will be quite obvious, even dazzling. It gets carried away a little. The machine is racing, that’s for sure.