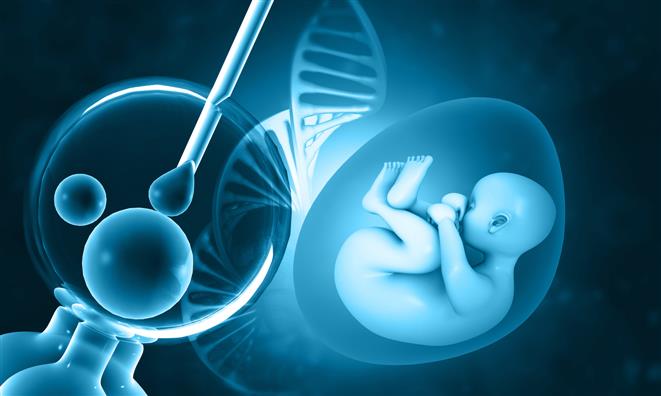 Children, even some who are too young for school, know you can’t make a baby without sperm and an egg. But a team of researchers in Israel have called into question the basics of what we teach children about the birds and the bees, and created a mouse embryo using just stem cells.

It lived for eight days, about half a mouse’s gestation period, inside a bioreactor in the lab.

In 2021 the research team used the same artificial womb to grow natural mouse embryos (fertilized from sperm and eggs), which lived for 11 days. The lab-created womb, or external uterus, was a breakthrough in itself as embryos could not survive in petri dishes.

If you’re picturing a kind of silicone womb, think again. The external uterus is a rotating device filled with glass bottles of nutrients. This movement simulates how blood and nutrients flow to the placenta. The device also replicates the atmospheric pressure of a mouse uterus.

Some of the cells were treated with chemicals, which switched on genetic programs to develop into placenta or yolk sac. Others developed into organs and other tissues without intervention. While most of the stem cells failed, about 0.5% were very similar to a natural eight-day-old embryo with a beating heart, basic nervous system and a yolk-sac.

In the latest study, the scientists started with collections of stem cells. The conditions created by the external uterus triggered the developmental process that makes a fetus. Although the scientists said we are a long way off synthetic human embryos, the experiment brings us closer to a future where some humans gestate their babies artificially.

Each year over 3,00,000 women worldwide die in childbirth or as a result of pregnancy complications, many because they lack basic care. Even in wealthy countries, pregnancy and childbirth are risky and healthcare providers are criticized for failing mothers.

There is an urgent need to make healthcare more accessible across the planet, provide better mental health support for mothers and make pregnancy and childbirth safer. In an ideal world every parent should expect excellent care in all aspects of motherhood. This technology could help treat premature babies and give at least some women a different option: a choice of whether to carry their child or use an external uterus.

Some philosophers say there is a moral imperative to develop artificial wombs to help remedy the unfairness of parenting roles. But other researchers say artificial wombs would threaten a women’s legal right to terminate a pregnancy.

In last few years, scientists have learned more about how to develop coax stem cells into the advanced structures, including ones that mimic the structure and function of human (organoids). Artificial human kidneys, brains, hearts and more have all been created in a lab, though they are still too rudimentary for medical use.

One of the key differences between organoids and synthetic embryos is their potential. If a synthetic embryo can develop into a living creature, it should have more protection than those which don’t.

Some countries (for example Australia) have taken the position that synthetic embryos such as “blastoids” (which resemble five-to-six-day-olds) should be treated like natural embryos, because of similarities in structure. Other countries (such as the UK, the US, Japan) treat synthetics as different from embryos because they can’t currently produce a live embryo baby.

Another important legal issue is the source of stem cells and consent. The synthetic mouse embryo creators used stem cells from early embryos.

However, in the future it might be possible to make synthetic embryos from induced pluripotent stem cells (IPS). The worst case scenario would be a person donates a skin cell to research into producing organs to cure disease but this is used without their knowledge or consent to produce embryo synthetics.

IPS cells are created by taking a mature cell (such as a skin cell) from a living or dead person and applying treatments which drive it backwards to a more immature state. If the cell could be driven all the way back to an embryonic stem cell, it may one day be possible to use IPS cells to make viable embryos.

That embryo would be a clone of the cell donor. The public and scientists have huge concerns about human cloning.

But it has been possible to clone a human being using a different process called nuclear transfer, for 25 years. Nuclear transfer created Dolly the Sheep in 1997 and a monkey in 2018. In the late 90s and early 2000s, a flurry of laws introduced around the world successfully banned human cloning.

We should not let our fears about cloning stand in the way of crucial research. The benefits could make organ donor waiting lists a thing of the past, save premature babies and give women an option to have children a different way. Cloning, or any other unethical use of the technology, can be prevented by regulation. (The Conversation)