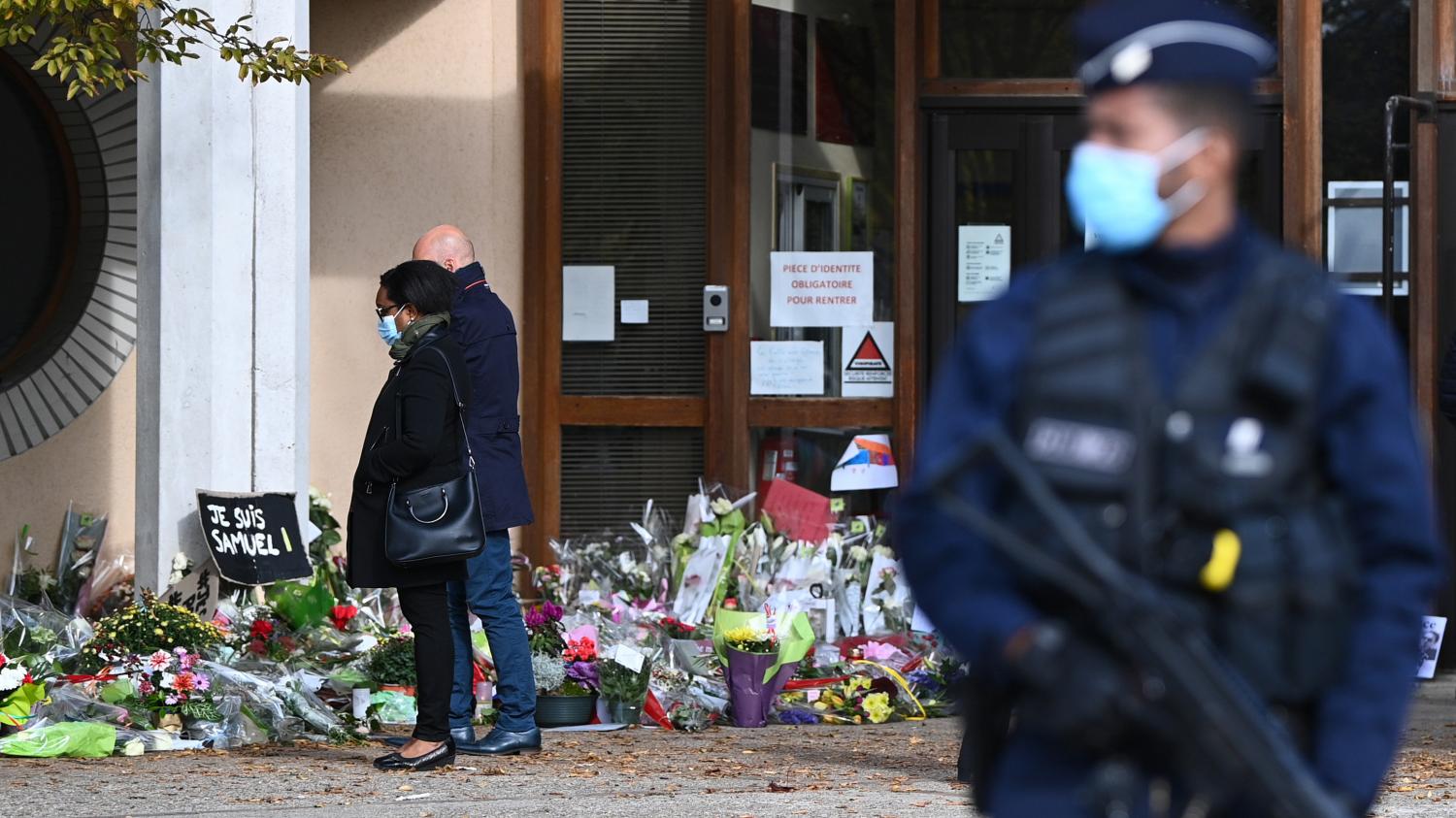 Find here all of our live #CONFLANS

08:01 :. @ E_DupondM on the possibility of having judges dedicated to hateful content online: “This is one of the avenues, we are thinking about it” #ConflansSainteHonorine # le79inter https://t.co/61yIoPxeCK

08:01 :. @ E_DupondM: “There is a form of fatwa here. And the whole difficulty lies in knowing how we could have taken legal action earlier” #ConflansSainteHonorine # le79inter https://t.co/HRB7svhp4s

08:01 : “There is a fair balance to be found between what we would like to do in the revolt and what we can do under the empire and under the aegis of law. “

Asked about a possible modification of the legal framework after the attack on Friday, the Minister of Justice assures that a reflection is underway. “The whole difficulty is knowing how we could have taken legal action earlier” threats against Samuel Paty, he said.

07:56 : On France Inter, the Minister of Justice, Eric Dupond-Moretti, believes that“there was no fault” in spotting the terrorist who killed Samuel Paty. “He was not reported as a listed individual S or as likely to”, he says.

On RTL, Marlène Schiappa accuses platforms like Facebook and Twitter of not “take seriously” hate speech online and not doing enough in terms of moderation. She points out that the official Pharos portal has “dereferenced nearly 1,000 sites since the start of the year” while “this is not his job”. 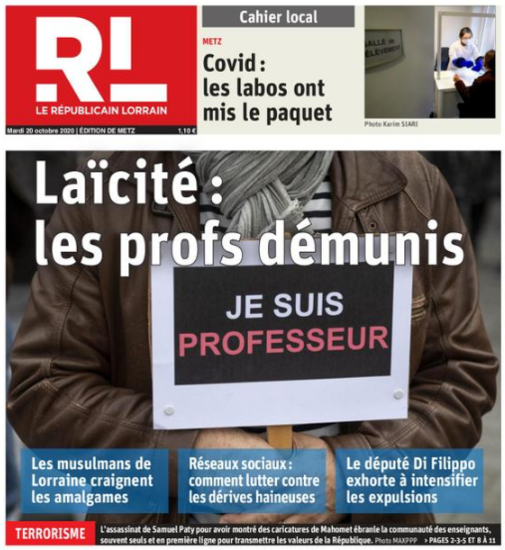 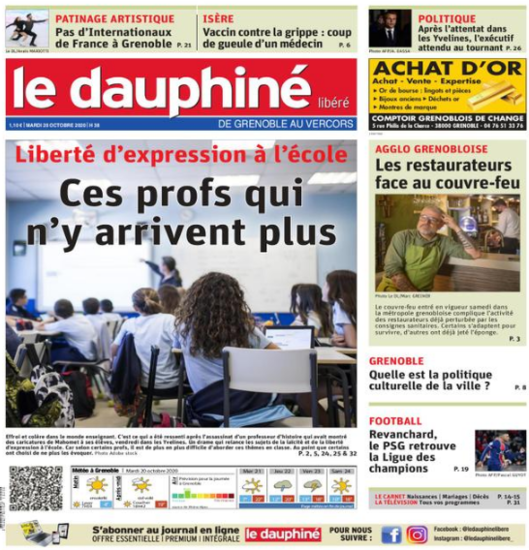 6:46 am : The assassination of Samuel Paty continues to occupy a large part of the headlines this morning, with a word that keeps coming back: “retaliate”. 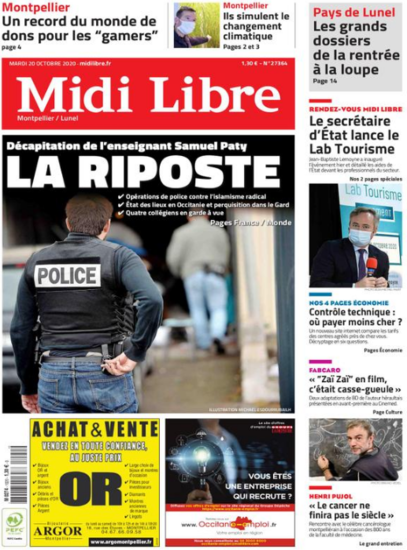 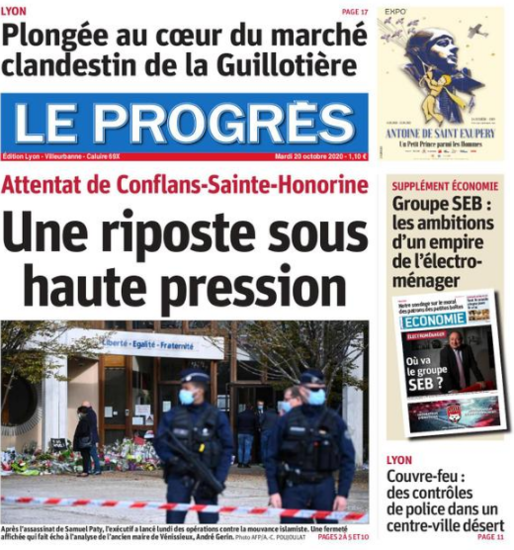 6:40 a.m. : Stéphane, who lives in the street where the murder of Samuel Paty took place, affirms that he first had the reflex to put his children in safety in a caravan then that he “looked for sticks everywhere” with other people. “In the end, the assailant was right behind the wall, 40 meters from my grandchildren and children.”, he describes.

The voice trembling, a man interviewed by LCI says he saw the terrorist “in front of the garage” from his house, Friday, “sending photos of the heinous act he did on social media“.

07:12 : The bosses for France of the major social networks and platforms (Facebook, Twitter, Google, Tiktok and Snapchat) are summoned by the Minister for Citizenship, Marlène Schiappa, at 10 a.m., to find ways to better counter the “cyber-Islamism”.

07:13 : “Madness seizes the Minister of the Interior who, failing to find anything against our NGO, takes advantage of the emotion aroused following the tragedy of Conflans.”

Affected by a threat of administrative dissolution signified by Gérald Darmanin, BarakaCity announces that it will challenge such a measure in court.

• Storm Barbara arrives in the Southwest. Météo France announces the passage of Ariège, Haute-Garonne, Pyrénées-Atlantiques and Hautes-Pyrénées in orange vigilance due to the risk of strong winds from this evening.

• On the eve of the national homage to Samuel Paty at the Sorbonne, a white march in memory of the assassinated professor will take place this evening. The meeting is given at 6.30 pm in front of his college in Conflans-Sainte-Honorine (Yvelines).

Ireland will become, next night, the first EU country to reconfine its population, for a period of six weeks. Schools will however remain open. In the UK, Wales made a similar decision.

• The organizers of the second debate between Donald Trump and Joe Biden, scheduled for Thursday, announced that the microphones of the two candidates would be cut when they do not have the floor, to avoid the cacophony of the first meeting.