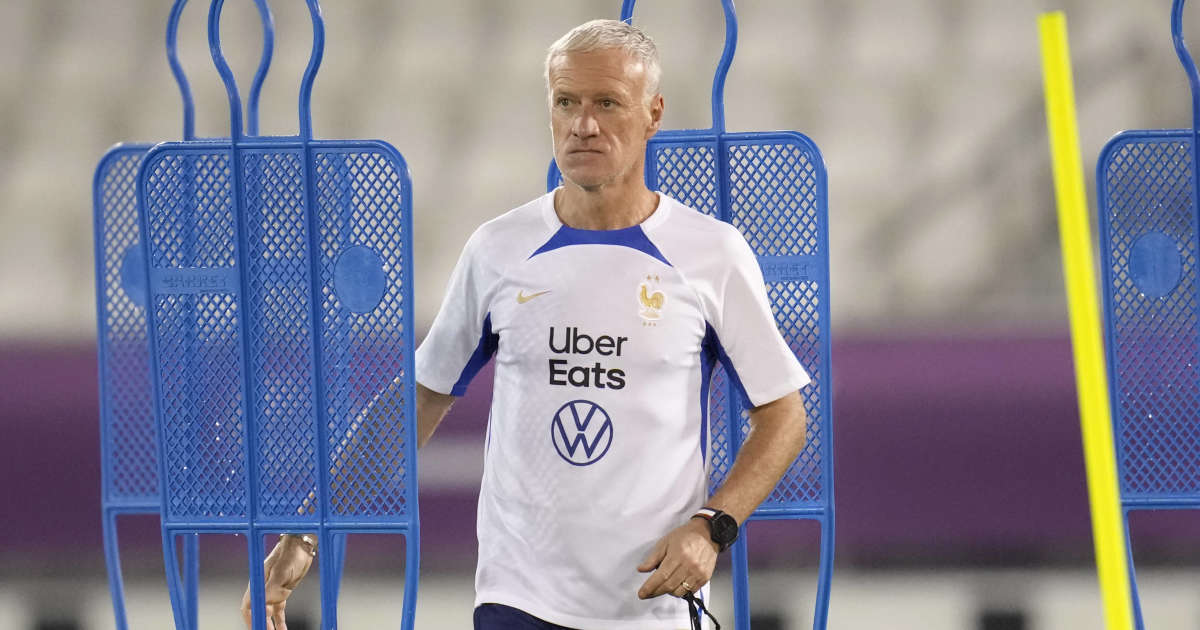 The feat is not small. Our national coach, this Menhir of French football, cunning, indestructible, king of dodging, of wooden language, practicing a phlegm tinged with basquitude, has escaped all the traps until today. Didier Deschamps, “Dédé” for any self-respecting supporter, is unsinkable, an unbreakable coach as he has the art of putting himself in the position which has been his strength since the first day he kicked a ball, whatever leaves near Pau, about fifty years ago: the position of the turtle. Dédé is an undisputed master of the defensive, of locking, of the impregnable fortress, the famous catenaccio Italian that he practiced with the faith of the convert to Juventus in Turin, when he himself was a player. Defend, always defend. Both on and off the pitch.

Business, packages, boycott: the blues of the Blues before the World Cup

We can say that in Qatar, his art was able to be exercised, even deployed, with rare dexterity. Imagine our coach, so Republican, defending the line of his federation, the FFF, with his players, calmly urging them to play the card of moderato cantabile, the step of waves, respect for the values ​​of the inviting power, thus relaying the speech of Emmanuel Macron, this president stuck in a realpolitik of merchant of Rafales and buyer of liquefied natural gas. Football is no exception to politics. Better, it has become a weapon of combat, a space where diplomacy is exercised with tenacity as the financial stakes are colossal and loaded with a thousand paradoxes. The first of them?

How to ask the star of the France team, the only planetary star since Karim Benzema’s package, to issue the slightest criticism against Qatar, his employer at Paris-Saint-Germain, this State which covered him with gold for not having abandoned it despite the sirens of the legendary and eternal club Real Madrid? And, logically, Kylian Mbappé, generally very attentive to questions of morality when it comes to choosing the sponsors of the France team, was walled in a deafening silence. Never has the formula “silence is golden” been so well illustrated. Of course, Dédé la Science has something else to think about than these “details”, than the grotesque belching of Gianni Infantino, the president of Fifa, using a formula that will go down in history as the summit of the hypocrisy and mediocrity: “I am Qatari, I am Arab, I am gay. » He has a mission much more in his strings: to save the furniture of a French team in distress. His frame from 2018 is in tatters, due to injuries. His golden ball, the magician Karim Benzema, returned to the country, exhausted by an extraordinary season. All the signs of a future berezina are there, unavoidable, intangible. And yet…

A wink from Serge Raffy

The great paradox of this situation, a priori lost in advance? She fits Dédé the Turtle like a glove. He no longer has the dream attack he had on paper? His historical executives hang out in the infirmary? His defenders are inexperienced kids? Wouldn’t this be a dream situation for him, to form a team at his hand, more malleable, more docile, more disciplined, more warlike, less caparisoned by the egos of each other. A fighting team, as he loves them and as he has always shaped them. Everything for the defense, therefore. The turtle, again and again. And an attack reduced to his arrow from Bondy, the man who wants to equal Messi and Ronaldo in the pantheon of world football, with the support of Olivier Giroud, the phoenix soon to be in his forties, with the legs of an adolescent, a centurion under orders, right in his crampons, ready to serve the fatherland, in this case the will-o’-the-wisp Kylian.

“I believe in it”: this day in 2012 in Doha when Adrien Rabiot already saw himself at the World Cup in Qatar

For the start of this wacky and despite everything exciting World Cup, sport has never looked so much like politics. In both cases, circumstances play a more important role than one might think. And everything can change very quickly. An election or a competition is never won, or lost, in advance. Forecasters must therefore handle their art with great care. This French team, contrary to appearances, is in an ideal position. She is no longer a favourite. It will therefore be less expected. It’s always better to surprise. And Dédé the Turtle likes it…