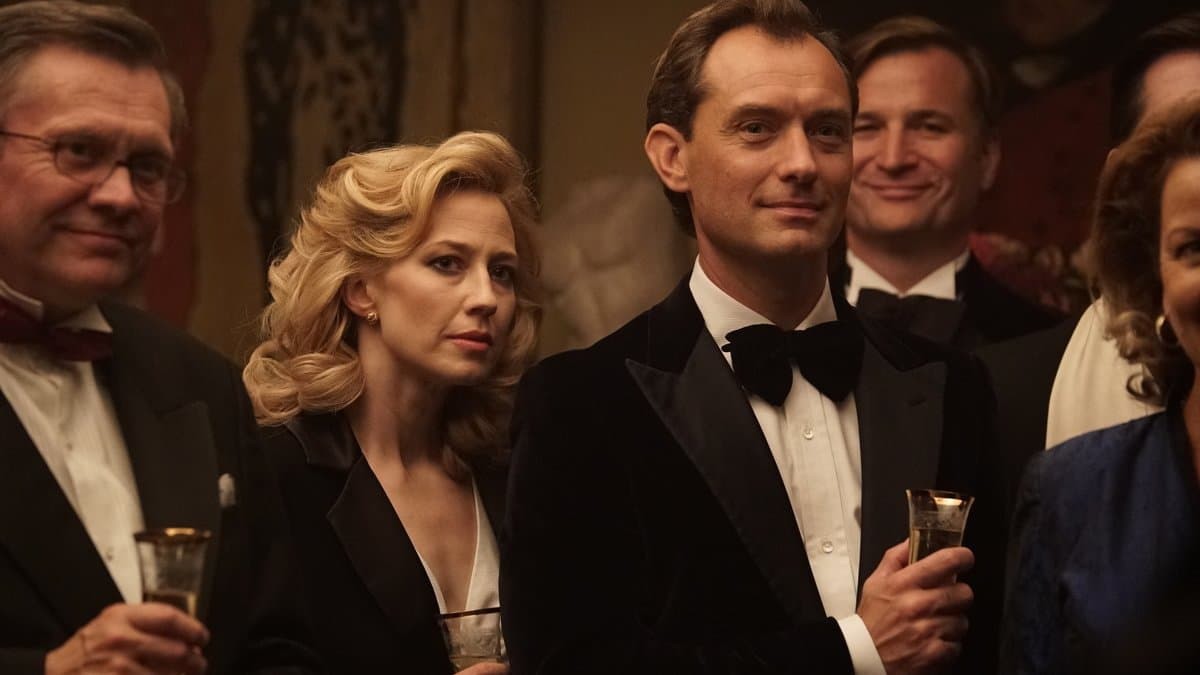 The Deauville festival often focuses its awards on a few films. This is still the case this year with The Nest by Sean Durkin, who won the Grand Prize, as well as the Revelation and Criticism prizes.

In a video released before the feature film, its director explained to viewers: “ I wanted to film a drama of family disorder, the faults of its limbs, and create characters who truly love each other even though their actions seem to say the opposite. “

In the 1980s, Rory O’Hara lived in the United States with his wife Allison and their two children in an opulent house on the edge of nature. Allison thrives in her work with horses on a ranch. Rory who has a brilliant career behind him puts himself at the service of his family.

Failing to manage to relaunch his activity in the United States, he recalls his former employer in London, where he grew up. Recruited, he leaves little choice to Allison and their children: they must leave a life they love to settle in a beautiful manor in Surrey. But nothing happens there as Rory hoped and little by little the appearances of an ideal family crack to reveal the deep faults of the couple and their children.

President of the jury, Vanessa Paradis praised “ an oppressive thriller, a haunted fable about the disintegration of a family “. As in Martha Marcy May Marlene, the bewitching first film by Sean Durkin, also presented in Deauville and devoted to the influence of a sect on young women, The Nest is distinguished by superb photography and a formidable mastery of storytelling. Jude Law and Carrie Coon find there roles commensurate with their talent.

A real place for female directors

The jury also awarded prizes to First cow by Kelly Reichardt, a filmmaker who won the Grand Prix in 2013 for Night moves, and Lorelei by Sabrina Doyle, a moving story on the theme of the second chance in an impoverished America, inspired by her family history.

→ READ. The Venice Film Festival crowns “Nomadland”, a film on the dark side of the United States

Outraged The Nest, the Revelation jury, also generous for this exceptional edition, rewarded The Assistant by Kitty Green, whose director Rebecca Zlotowski praised ” clinical rigor and generous. He recounts, in a monotonous tone that serves his purpose, a long day at work for Jane, the efficient secretary of a film producer – a day during which she discovers the abuses that her employer allows herself in the total indifference of her employer. ‘a professional entourage that is yet informed.

The Audience Award went to Uncle frank by Alan Ball. As usual, the Deauville competition fully gave female directors the place they deserve with eight women competing in fourteen films selected for the competition and four award-winning films. Slalom by Charlène Favier won the Ornano-Valenti prize which rewards a first French film.