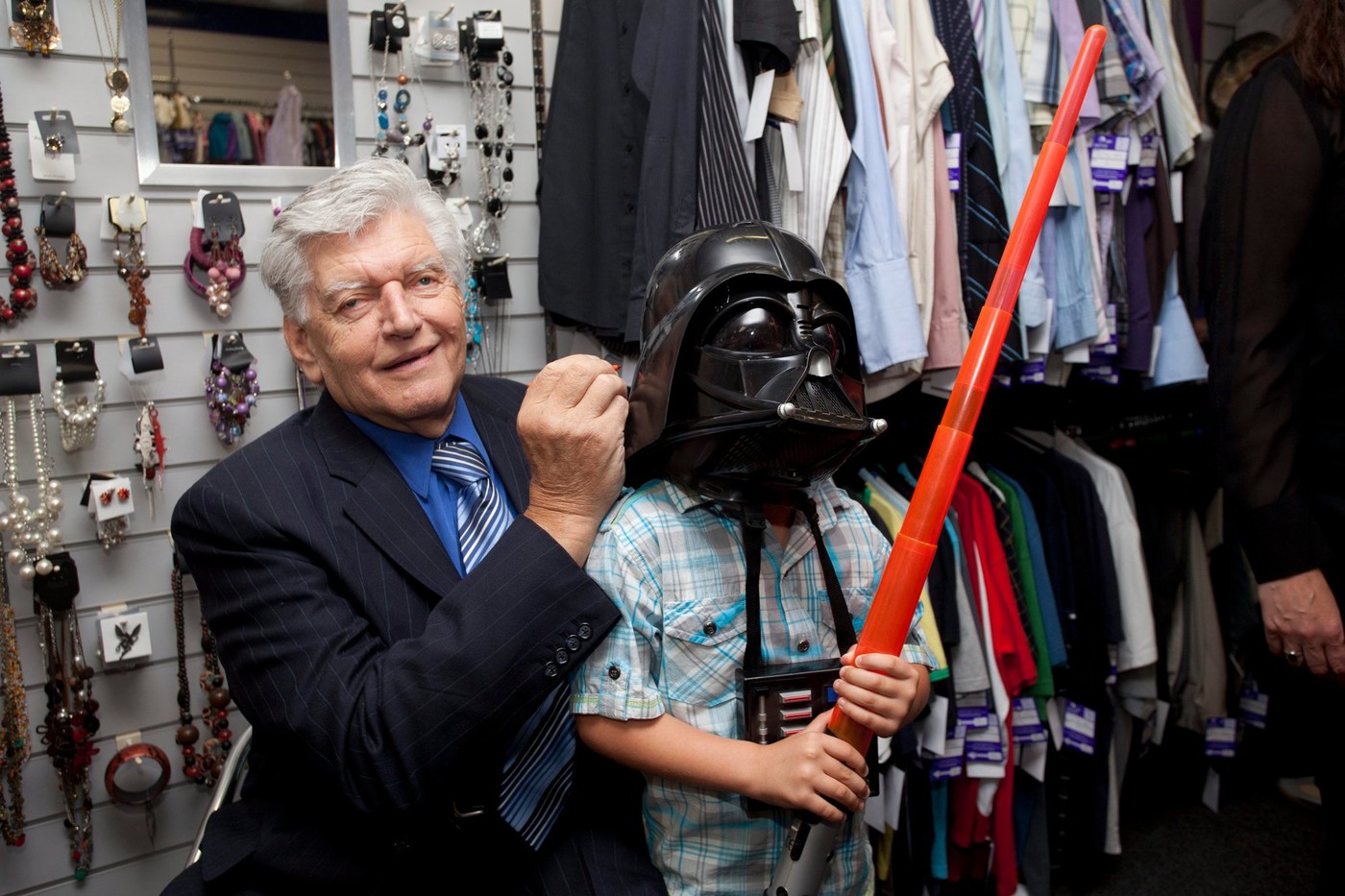 British actor Dave Prowse, who played the character of Darth Vader in the first Star Wars trilogy, died Saturday morning at the age of 85, his agent Thomas Bowington announced on Sunday (November 29th).

“It is with great sadness that we have to announce that our client Dave Prowse died yesterday morning (Saturday) at the age of 85”, the agent wrote on Facebook. “May the force be with him, always!” “ the agent told the BBC, lamenting a “Truly and deeply heartbreaking loss for us and for millions of fans around the world”.

He had represented England in weightlifting

Weightlifter turned actor, Dave Prowse landed the role thanks to his build – he was nearly two meters (1.98m) tall – but as the strong accent of the actor from Bristol (west of England) had been deemed inappropriate, the The character’s voice had been played by James Earl Jones.

He had represented England in weightlifting for the Commonwealth Games in the early 1960s before embarking on a career as an actor.

Black armor, mechanical breathing and powers entirely dedicated to evil, the character of Darth Vader has entered the pantheon of evil characters thanks to the famous line: ” I am your father “.

→ ANALYSIS. “Star Wars” from Lucas to Disney, or the rebirth of the modern myth

For many years, the representative of the dark side of the force has traveled the planet meeting fans of the flagship trilogy of the early 1980s.