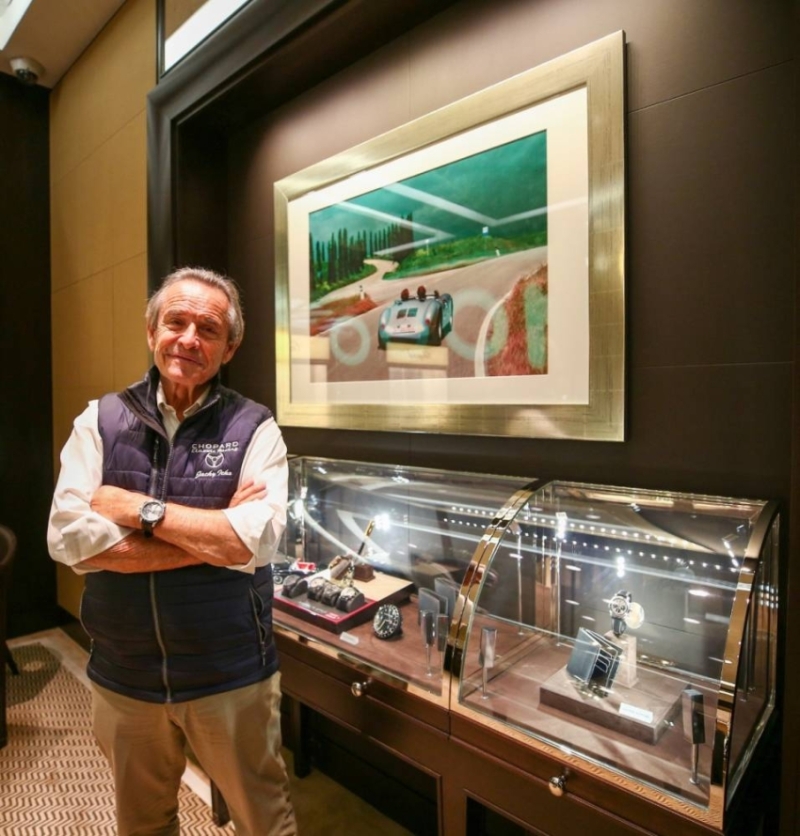 Chopard and its partners at Attar United welcomes Chopard Ambassador Jackie X to their new Chopard showroom at Kingdom Center in Riyadh.

Motorsports enthusiasts had a chance to meet Chopard ambassador Jackie, one of the greatest drivers in the history of motorsports, who, during his busy career, participated in more than 100 Grand Prix races and won his first victory at the French Grand Prix in 1968, when he was 23 years old. .

Jackie is famous for his prowess in endurance races, especially the “24 Hours of Le Mans” race, which he won 6 times, a record that no one has achieved so far. In addition to his numerous race track victories, Jackie took first place in the Paris-Dakar Rallye in 1983. In 2022, he returned to Saudi Arabia for the third consecutive edition of the Dakar Rally which was held across the desert of Saudi Arabia from January 1 to 14.