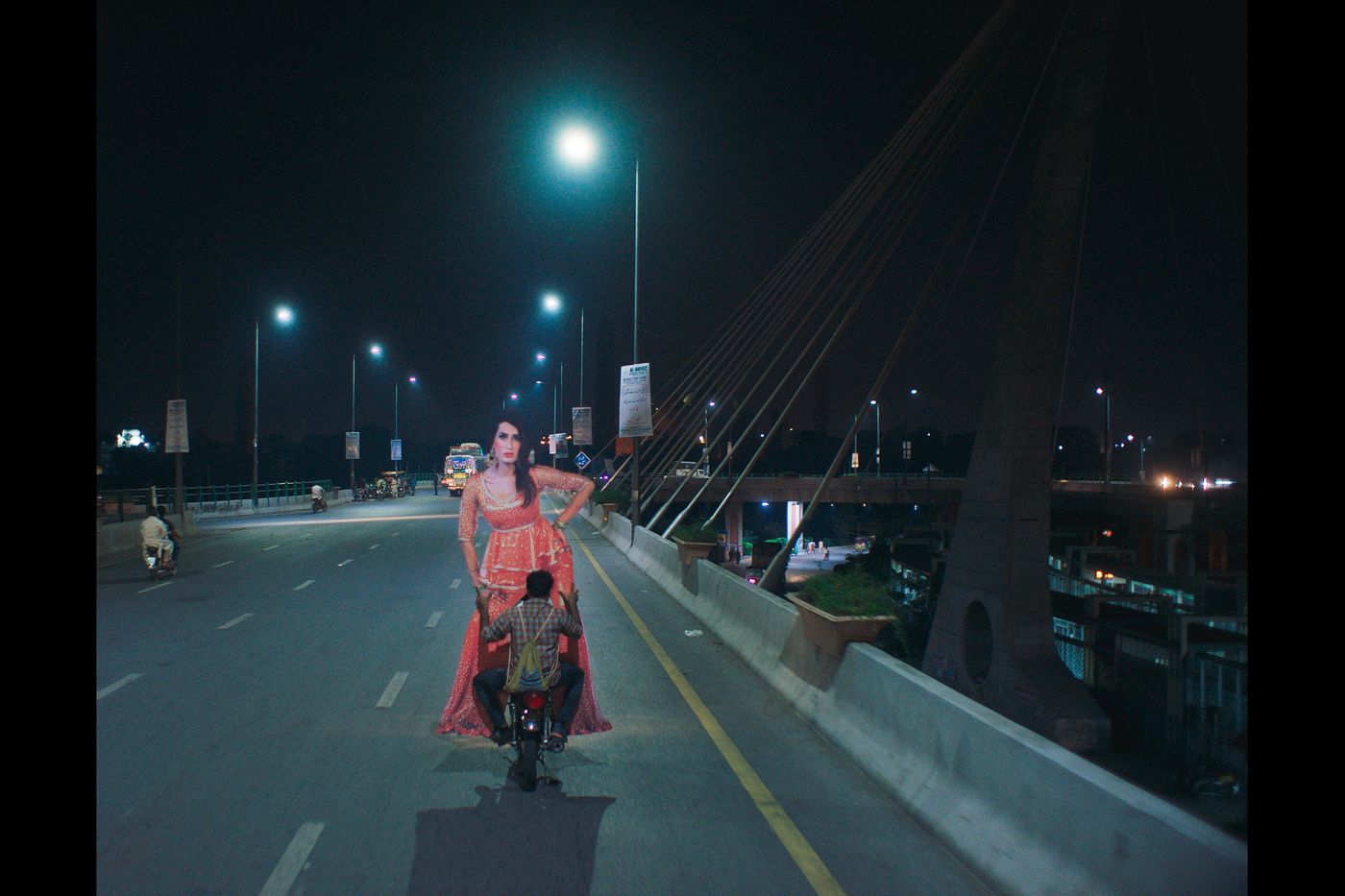 Mocked, not manly enough for the taste of others, he falls in love with the show leader, a sensual and provocative dancer who leads her troupe with energy and harshness. Her poisonous charm attracts our Pakistani Pierrot, who takes time to realize that this disturbing beauty is that of a transgender. This discovery stirs in him ambiguous thoughts and feelings, which gradually become clearer but do not simplify his life. In this rigorous country, everything must be lived in the shadows, remain hidden.

Existential wandering and confusion of feelings

Handyman and chilled lover, magnetized by the magnetism of his boss, he abandons his young wife and their child. Confusion of feelings, moral separation and fatal attraction make up the sulphurous cocktail of this existential wandering, while, in his family, other secret turpitudes trigger terrible dramas.

In addition to the audacity of its subject, this first film, astutely staged, is superbly lit, with somewhat kitsch nocturnal colors, while preserving the penumbra, symbol of the prudent withdrawal that the hero spares. On such a subject, ambiguity and secrecy, Saim Sadiq affirms a remarkable originality in exploring the forbidden zones of elective affinities.

Another film presented at Un certain regard, Sick of Myself, literally “sick of myself”, quite a good definition of narcissism, comes from what one could call “a clever little guy’s cinema”. Either the use of a cruel irony against the failings of the time by playing on the codes of humor and pushing the fires to the extreme. In this case, a couple in their thirties from Sweden. He, a conceptual artist, obsessed with the image he sends back of himself, is transgressive at times (he steals fine wines from gourmet restaurants and the works of others from galleries). He thinks only of himself, speaks only of himself. His companion, a waitress in a cafe, reduced to the rank of potiche at his side, would like to be noticed. Failing to succeed, always brought back into the shadows, she embarks on a Machiavellian and risky plan that will force the whole earth to take an interest in her.

Get “his quarter of an hour of fame”

The denunciation of contemporary narcissism that is spreading through social networks, the compulsive use of selfies (or “self-portraits” as Quebecers say so well), this pathetic need to bring everything back to oneself serve as fuel for the filmmaker. The first hour of this backfiring, flammable comedy of manners is a delightfully accurate observation of the morbid desire to win “one’s quarter of an hour of fame”. But, like his compatriot Ruben Ostlund (in competition with Without filter), Kristoffer Borgli gets bogged down in the last part and his salutary denunciation ends up turning empty. Or how to squander his talent. His next film subject?

→ VIDEO. Why does the Cannes Film Festival have the Palme d’Or as its symbol?