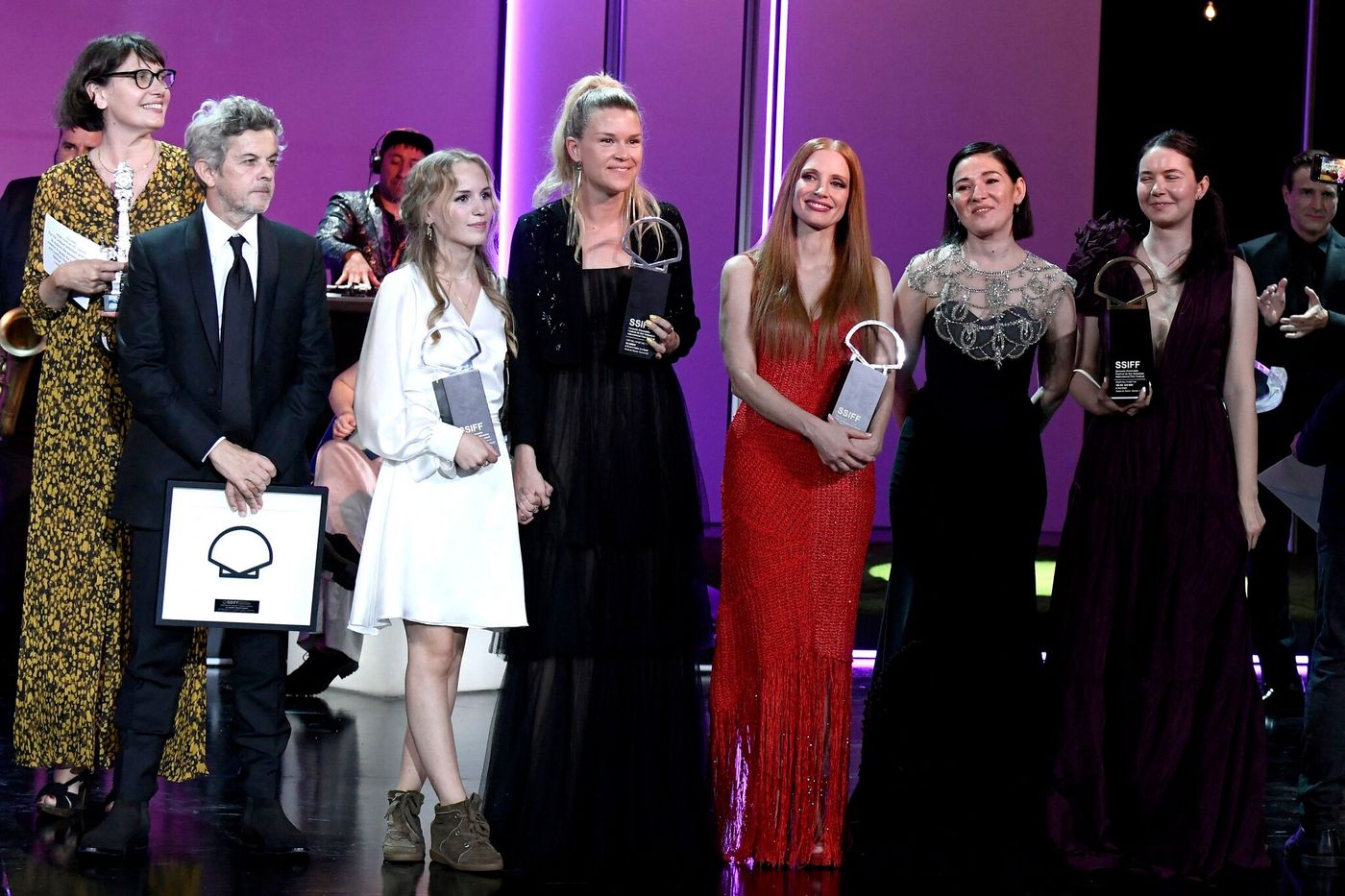 ” Where are the women ? “, once sang the singer Patrick Juvet. In film festivals, the year 2021 brings a dazzling response. They are everywhere now, and they are taking everything. Palme d’Or in Cannes, Lion d’Or in Venice and, Saturday September 25, the Concha d’Or in San Sebastián.

Five out of six prizes: almost all of the list of awards went to women. Even the interpretation prize, mixed for the first time, was awarded ex aequo to two actresses. Only one man was honored, for the best screenplay. It was also the consecration the same year, in Berlin and San Sebastian, of the astonishing Romanian cinema.

For his 69e edition, the festival had selected eight women films out of fifteen in competition. The jury was made up of 80% women (4 out of 5). The result of the deliberations is historic. It marks a date and proves that times are changing.

The rebirth and vitality of Spanish cinema

What else to remember from the 2021 vintage? First, the rebirth and vitality of Spanish cinema, in all genres: comedy, documentary, animation (with the unexpected Carlos Saura), series, 100% female horror film on old age (The Grandmother). A Spanish comedy (Official competition) had thrilled the Venice Film Festival, earlier this month another comedy produced the same effect in San Sebastian. The Good Boss, by Fernando Leon de Aranoa, describes a small boss, narcissistic and heavily paternalistic, played by a funny and grimaced Javier Bardem.

→ READ. At the Venice Film Festival, beautiful portraits of women

A genre film (The Daughter), by Manuel Martin Cuenca, also marked the spirits. Psychological thriller in a house entrenched in the middle of nowhere where a pregnant delinquent is welcomed, cocooned by her hosts who pursue very selfish aims …

Who’s Stopping Us, by Jonas Trueba, a film of 3:40, plays on the illusion of the documentary to translate with excellent actors (who collectively received the Prize for the supporting role), the expectations and the torments of the Spanish youth. The invariants of this age (love, sexuality, rebellion, existential, political, social questions) and the expectations of this generation mingle.

Alejandro Amenabar offered a dazzling five-hour series, La Fortuna, politico-diplomatic thriller about a pirate, looting the wreck of a 16th century galleone century and causing serious tensions between Spain and the United States.

The literary tropism of French cinema

Another impression, the literary tropism of French cinema, illustrated by Arthur rambo, by Laurent Cantet. Young Karim makes a sensational entry with an incisive novel on immigration. His rise was brutally ruined by the discovery of radical messages he had posted under a pseudonym a few years earlier on social networks. Laurent Cantet dissects the ravages of this compulsion, the impossible right to be forgotten and social death.

With You only want me, Claire Simon directs Yann Andréa (Swann Arlaud), delivered to the questions of the journalist Michèle Manceaux (Emmanuelle Devos). Young homosexual, madly in love with Marguerite Duras whose life he shared, he painfully auscultates the tricks of passion, between desire for submission and powerless rebellion.

American cinema was represented by only one film, a dramatic comedy (In Tammy Faye’s eyes), by Michael Showalter, biopic of a couple of delirious and greedy televangelists, from their irresistible empire to their pitiful fall. Striking film on credulity and American values, in which Jessica Chastain, unrecognizable, engages in a prodigious performance that did not escape the jury.

And Chinese cinema with an incandescent film noir, Fire on the Plain, by Ji Zhang, a long investigation into a series of murders in a distant province, against a background of mad love, and an X-ray of a country in full transformation. Make no mistake about it. The triumph of women, in San Sebastian, proclaims the advent of a new wave in cinema. It is no longer a fad. It’s a tidal wave.

Best film : Blue moon, debut feature film by Romanian Alina Grigore, on the revolt and the need for emancipation of a young woman in a violent family.

Best achievement: Tea Lindeburg for As in Heaven, life in Denmark in the 19th centurye century through the eyes of three women: Lise, 14, her aunt and her grandmother.

Best interpretation: the Danish Flora Ofelia Hofmann Lindahl (in As in Heaven), tied with the American Jessica Chastain (in In the eyes of Tammy Faye).