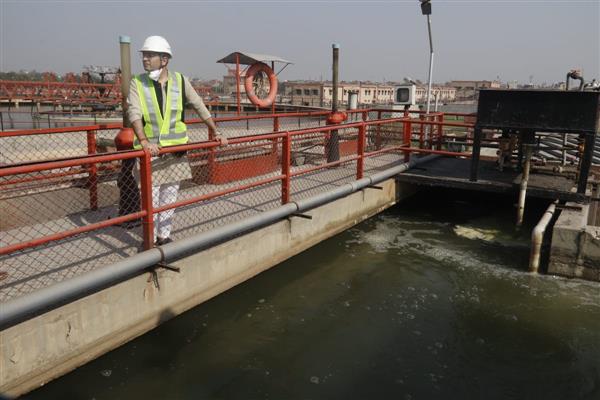 As ammonia levels in Delhi’s Yamuna shot up above the acceptable levels earlier this week, public health experts have warned that consuming such water can cause damage to the internal organs, brain, lungs, irritation in eyes, cough and anaemia.

“When ammonia enters the body, it effects the blood cells, causes anemia, affects the nerves and its conduction, affects the brain which can cause early onset of dementia or Alzheimer’s,” Jugal Kishore, Head of Community Medicine at Safdarjung Hospital, told IANS .

He added, “Long period of exposure to ammonia is dangerous. When it comes to drinking water, people should not use aluminum utensils in the house and use reverse osmosis (RO) filtration method. ” Another Delhi-based doctor, Tushar Grover, Medical Director at Vision Eye Center, said that ammonia in a significant concentration can cause signs of chemical injuries which can cause irritation, discomfort, burning sensation and pain.

P. Venkata Krishnan, a doctor of internal medicine at Paras Hospital, warned: “High ammonia level causes irritation in eyes, cough, lung injury, damage to lungs etc. It can cause damage to the internal organs and result in renal failure and respiratory problems. Such water can also be cleaned by RO technique and not boiling or filtration ”. He, however, emphasized that dissolved ammonia toxicity is not very common in humans because it requires a large amount of ammonia to be delivered over a long period of time.

“The toxic level of ammonia affects aquatic animals and can contaminate the vegetables grown in that area, especially cauliflower which are grown in the open,” he said.

Earlier on Saturday, Delhi Jal Board Vice Chairman Raghav Chadha said the utility was working on a war footing to restore normal water supply in Delhi, which was affected due to high levels of ammonia in the Yamuna river.