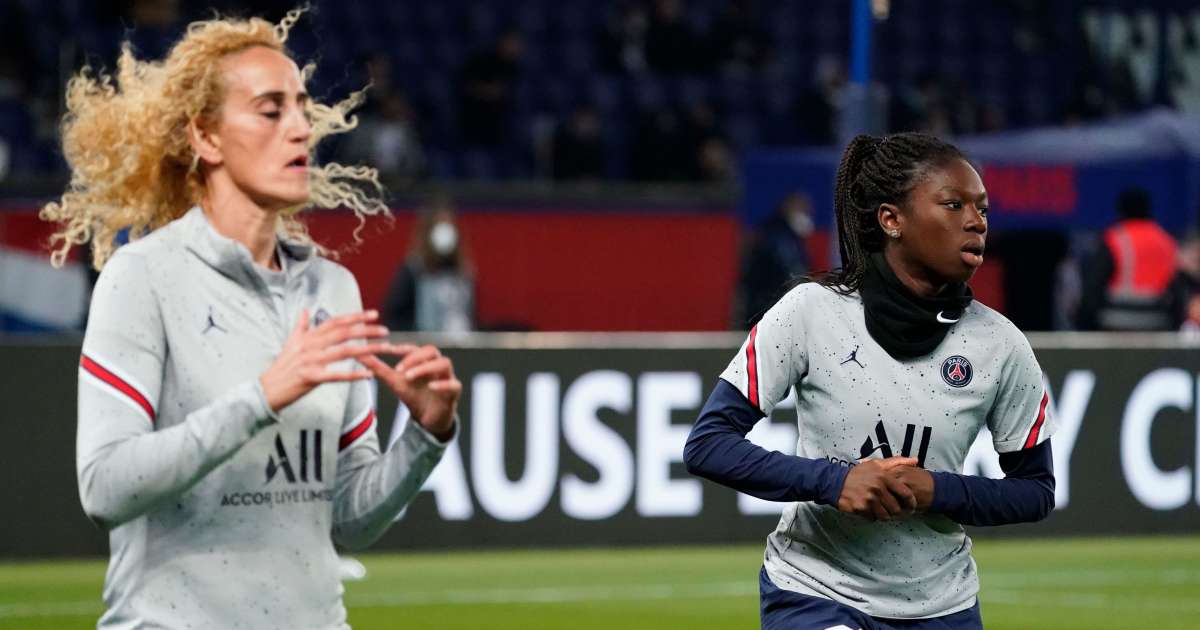 Anonymous calls to beatings with iron bars: the investigation report on the attack on PSG player Kheira Hamraoui draws the outlines of a “insane criminal plan” which would have been initiated by her rival Aminata Diallo for sporting reasons.

Assault on Kheira Hamraoui: what we know about the case

The victim’s former teammate, placed under judicial supervision on Wednesday September 21 after her indictment for “aggravated violence” and ” conspiracy “, denies any involvement. His lawyers notably denounced “the rapid bias of the investigators”.

The September 16 investigation report, revealed by “Le Parisien”, insists on the violent personality of Aminata Diallo, 27, a “young woman from a sensitive city of Grenoble (Isère)”helping his family financially and driven by a “unwavering will” of “succeed in your career as quickly as possible”.

Eleven months of investigation convinced them of his “real hate” towards Kheira Hamraoui, to the point of wanting, according to them, to hurt her in order to take up her post.

Investigators point out “the role, to say the least opaque, played by several relatives of the player (…) in a slow psychological drift that has become, so to speak, pathological”.

Assault on Kheira Hamraoui: three of the four men in police custody admitted their presence at the scene

His telephone exchanges, which date back to 2019, the sound system of his car and his apartment, prove, according to them, a “long sporting jealousy” and reveal “disturbing personality traits” who “could partly explain his involvement in this insane criminal project”.

With those close to her, Aminata Diallo believes that Kheira Hamraoui, “the other bitch”, is often unfairly rewarded. Excerpts from conversations chosen with subjectivity, retorts the defense of the mis en cause.

Aminata Diallo evokes a friend there “Jaja”imprisoned in Lyon: “He can be very mean and I don’t wish him any harm, even if I was bad, jealous and calculating like her (Hamraoui)… I tell him (sic) destroy her, he destroys her”.

Investigators suspect that “Jaja” to be the ” raven “ who led a “genuine smear campaign” by Kheira Hamraoui by anonymously calling several PSG players ” a few weeks “ before his attack on November 4, 2021.

Aminata Diallo, who first said she was the recipient of her calls, then admitted that she was not.

The influence of César M., unofficial agent of PSG players

For the police, the turning point could be the announcement, in October 2021, of the selection for the France team of Kheira Hamraoui: Aminata Diallo, she was not selected for the Bleues.

She would have been then “blinded by the advice of an entourage made up essentially of individuals known to excess by the police services”. Among his interlocutors, a certain César M., unofficial agent of several PSG players, in particular the star Marie-Antoinette Katoto.

This one would not continue “only one goal, that of removing from the Parisian club the people he considered undesirable”, say the investigators. The judicial information is then extended, at the end of March, to the chief “organized gang fraud”.

Cesar M. would use “Intimidation or even threats to force the club’s leaders to extend the contracts of all the players whose interests he claimed to be defending”add the police.

Blackmail and scandal around the coach

They thus see in an exchange between César M. and the sports director of the women’s section of PSG an attempt at blackmail, César M. threatening to cause a scandal around coach Didier Ollé-Nicolle.

When Didier Ollé-Nicolle is the subject of a judicial investigation in May for “sexual assault by person in authority”Aminata Diallo greets a “madness”. “We didn’t think it was going that far actually! » The lawyer for this coach since replaced, Master Guillaume Traynard, denounced a “instrumentalization of false accusations”.

For investigators, this “cluster of clues” is supported by the fact that a third party warned the aggressors: there was no “dynamic geolocation system or beacon placed on the vehicle” of Aminata Diallo, where Kheira Hamraoui was also.

But the first admitted, note the investigators, to have sent messages while driving. Messages not found then. His Snapchat app has been taken down, the report said.

Diallo designated as the sponsor

On Aminata Diallo’s phone, Google searches were found: “break a kneecap”, “cocktail of dangerous drugs”. And the four men indicted named her as the sponsor of the punitive expedition. One said he received 500 euros.

The investigators also specify that they are looking for two men: one would have committed violence and could be linked to organized crime, the other would have served as an intermediary.

Aminata Diallo’s defense denounces fragile evidence and asks “full exploitation” from his phone. She believes that “the real sponsor” asked the attackers to “charge Mrs. Diallo”.